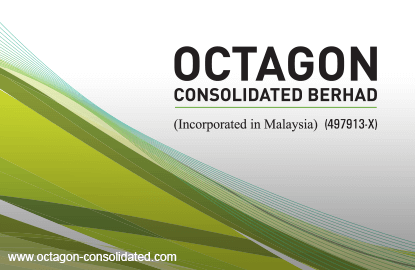 KUALA LUMPUR (Sept 28): Bursa Malaysia will proceed to delist Practice Note 17 company Octagon Consolidated Bhd from its Official List of Securities tomorrow, despite the company's appeal against its delisting.

In its filing with Bursa Malaysia today, Octagon said that Bursa has informed the company that the decision of its listing committee is final, and reiterated that the securities of the company will be removed from the official list of Bursa Securities tomorrow.

"The company had also provided further updates to Bursa Securities on the progress of the formulation of the regularisation plan since the last update on Sept 14, including among others, finalisation of the definitive terms of the proposed joint management arrangement and finalisation of detailed scheme including the settlement sum for the lenders," said Octagon.

Trading in the securities of Octagon was suspended on Nov 27, 2013. It last traded at seven sen for a market capitalisation of RM11.7 million.