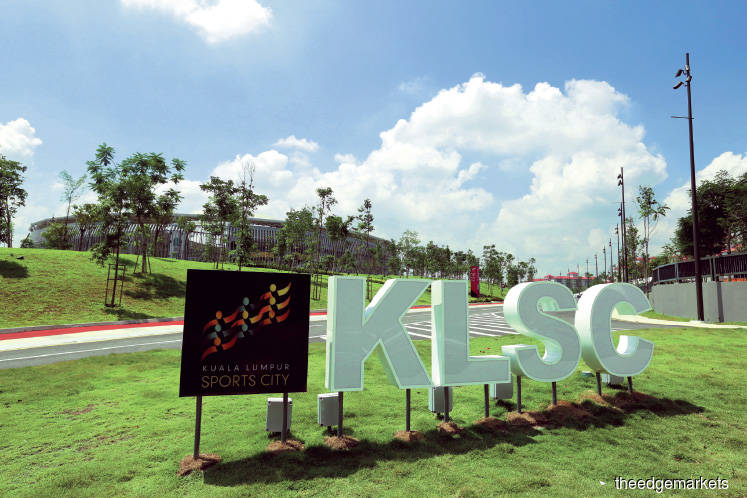 Bukit Jalil is near Terminal Bersepadu Selatan in Bandar Tasik Selatan and not too far from Subang Airport and KLIA.” — Foo Bukit Jalil is expected to grow further in [terms of] traffic activity and vibrancy. ” — Sulaiman Bukit Jalil is seen as a new growth area in the south of Kuala Lumpur, says Rahim & Co director of research and strategic planning Sulaiman Saheh.

“It has a fast-growing population and is well connected by a synergy of roads, highways and public transport. In addition to the Sri Petaling and Bukit Jalil LRT (light rail transit) stations, the expansion of the Sri Petaling LRT line has added two new stops near Bukit Jalil — Awan Besar and Muhibbah LRT stations,” says Sulaiman.

“Bukit Jalil has become a bustling township with various amenities. It is one of the townships in Greater KL that has excellent connectivity and is attracting many investors as well as homebuyers,” says Savills Malaysia director of research and consultancy Amy Wong.

Data from EdgeProp.my and the National Property Information Centre shows that a 1,410 sq ft condo in The Z Residence by Trinity Group was sold for RM660,000 or RM468 psf last year while a 1,324 sq ft unit at KM1 fetched RM1.05 million.

In the landed segment, a 1,647 sq ft terraced house in Mutiara Bukit Jalil by Dolomite Group was sold for RM1.28 million or RM777 psf and a 4,209 sq ft detached house in Taman Esplanad by General Corp Bhd was transacted for RM3.8 million last year.

Rahim & Co’s Sulaiman puts average rental yields in Bukit Jalil at 3.5% to 5.6% in the past five years.

Savills’ Wong points out that in recent years, well-known developers such as Berjaya Properties, Trinity Group and Malton Bhd have started developing in Bukit Jalil. This, she says, is largely driven by the scarcity of land in the city.

“With major developments hitting the market in the next few years, Bukit Jalil is expected to grow further in [terms of] traffic activity and vibrancy. Bringing in new life into the commercial and residential segments, large-scale projects such as The Earth Bukit Jalil by WZR Group and Bukit Jalil City by Malton Group brings high expectations of transforming the sport-centred Bukit Jalil into a full-fledged city landscape,” says Sulaiman.

“With a net lettable area of 1.8 million [sq ft], Pavilion Bukit Jalil will bring new excitement and will be a new alternative for Bukit Jalil. It will also be one of the catalysts that will boost the value of properties in the area,” says Wong.

WTW | CBRE’s Foo says new launches are focusing on high-rise residencies and the pricing can be affordable, with several mega developments expected to have a catalytic effect on the demand for residential and commercial properties.

Developments slated for completion this year are Park Sky Residences by Pioneer Haven Sdn Bhd, SkyLuxe on the Park by SkyWorld Development Group and The Havre by Aset Kayamas Sdn Bhd.

“The Bukit Jalil National Sports Complex is not left behind as it is being revived by Malaysian Resources Corp Bhd (MRCB). Now known as KL Sports City, the second phase is underway and includes the development of a fully integrated sports hub with world-class infrastructure and a sports-focused mall,” says Sulaiman.