Building chatbots for the region 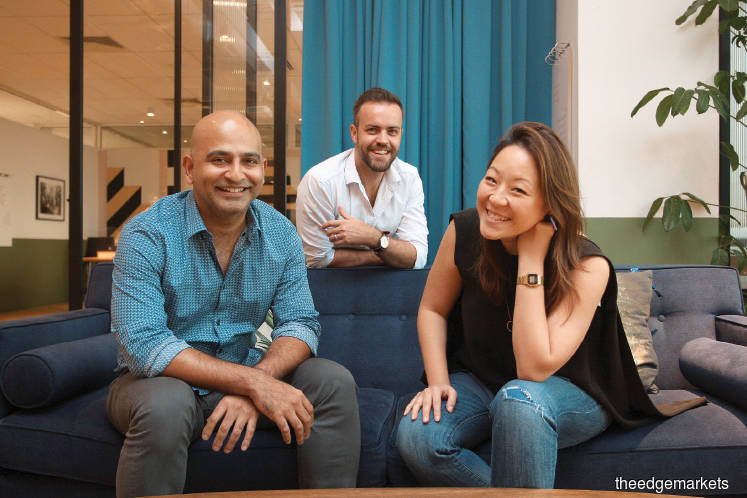 An increasing number of businesses are leveraging chatbots,  software that responds to queries in a natural and human-like way, to decrease friction between service providers and customers. However, most of the chatbots in the market are just not human-like enough.

Chatbots are powered by rules, artificial intelligence (AI), machine learning and natural language processing to perform their tasks. Natural language processing is the ability of a computer programme to understand human speech as it is naturally spoken. Without this language, computers would require humans to speak  in a precise, unambiguous and highly structured programming language.

But in Malaysia, where the majority of the population speaks a mix of two languages (Malay and English), not many local businesses are deploying chatbots. Due to the style of speech and mix of languages, the chatbots may not be able to process the clients’ inquiries, rendering the companies’ investment in the technology a waste of money.

When local AI firm Hyperlab recognised this problem, it immediately saw an opportunity. The company, which has been operating since 2016, has been working on chatbots that would be able to comprehend specific languages, starting with mixed languages and a heavily nuanced use of Malay and English.

“The whole idea of a chatbot or cognitive virtual agent, as we call it, is that it is smart. It can be used for so many purposes, be it education, marketing and even healthcare. However, for it to be adopted as an actual channel, it has to understand human language as it is spoken, anywhere in the world,” says Hyperlab co-founder Vic Sithasanan.

“I saw a YouTube video where an Indian man with a heavy accent had to force an American accent to ask Siri [Apple’s intelligent personal assistant] a simple question. Why should people learn how to speak to the bots and not the other way around?”

After many months of development, the company came up with a proprietary technology that enhances natural language comprehension and provides higher accuracy for the chatbots without the need for additional training. This impressed many large companies in the region. Hyperlab’s clients include Maxis Bhd, U Mobile Sdn Bhd, Hong Leong Bank Bhd and Singapore-based Cerebos Pacific Ltd.

“We were able to effectively demonstrate the bots’ multilingual capabilities. They liked that the bots could even understand the short forms of commonly used words,” says Vic.

The customer service chatbot is not Hyperlab’s only solution, but it is the main one, due to its importance to most large businesses with millions of customers.

According to Vic, the customer experience can be very painful for these companies if there is a high turnover rate. Every month, the companies would have to hire customer service employees and waste resources as new employees would require proper training.

Vic says these problems can be easily solved with chatbots as most customer issues are not too complex for a bot to handle. “We learnt that 80% of the calls received by call centres are things that can be codified. For example, about 70% of the calls received by the customer service department at banks are balance inquiries. This can be executed effortlessly by the bots and they won’t be quitting their jobs next month because they are ‘emotionally drained’.

“This is not to say that the bots are replacing humans. They are just an efficient alternative to resource shortage. Farmers did not lose their jobs when tractors were introduced; farming just became faster and better. Automation leaves the strategic and creative tasks to humans.”

When developing a chatbot for a certain company, co-founder Chris Greenough says the length of the building process depends on how smart the business wants the chatbots to be and how many points of knowledge they should integrate into.

Chatbots are powered by machine learning, which allows them to independently recognise patterns and adapt by learning from previous computations to produce reliable, repeatable decisions and results. This means a lot of beta testing needs to be done before a bot made specifically for a company can be launched.

Once it is launched, the learning process starts all over again as it is now getting real users with real questions. Greenough gives the example of U Mobile’s U Bot, which started at 85% accuracy. Today, it is consistently performing at 91% accuracy.

“When we looked at the analysis, we were very pleased with how engaged the users were. We are seeing people spend at least two minutes on average on the bot, asking three to five questions per conversation. The rate of conversion to actual business is also very high. We see a lot of people taking the recommendation for phone plans given by U Bot,” says Greenough.

“A lot of people are talking to the bot as if they are a real person, explaining their problems in detail. While it can be hard for the bot to detect the problem in long sentences, it can still give the closest answers. The worst would be when people just say ‘card’ or ‘plan’. The bot may not be able to give an accurate answer to that as it would need more information.”

Hyperlab co-founder Janet Teo says that before the launch of the chatbots, most of its clients were worried that the bots would learn to be rude if they received rude responses from unhappy customers. However, this has not happened, and the only strong responses have been constructive comments.

“These companies are telcos. If you look at the feedback they get on their social media accounts — their Facebook pages, for example — the unhappy customers would write their negative thoughts there,” she points out.

“The companies are also worried that someone would take a screenshot of the bot’s response and share it on social media with a caption saying the bot is stupid. But so far, so good. There are a couple of bad things, of course, but nobody is swearing yet despite the high volume of conversation.”

Apart from customer service chatbots, the company has developed AI for advertising and marketing companies. It is also working on bots that can be deployed to help employees with governance and compliance issues.

“We are currently developing this bot for a bank. Currently, banks have e-knowledge portals that are quite dated, like an old document repository. It can be very hard to find specific documents,” says Teo.

“Therefore, when an unusual request comes, such as a customer asking to open an account for a school or families claiming the estate of a deceased member, the employees usually have two options. One is to search through a thick user manual and the other is to call a few superiors to clarify. With the bot, this can be done very quickly and without hassle.”

The chatbot industry is dominated by titans such as IBM and Microsoft, which have come up with their own versions of versatile chatbots, Watson and Azure respectively. By playing in this industry, it means that Hyperlab has to compete with these giants.

However, Vic says the company is grateful for the competition as they have already educated the market on the importance of chatbots and AI. “These companies have endless resources and have done their part in evangelising the need. So, when we approach companies, either they are already using Watson or they know what we are talking about. We tell them that if they want Southeast Asian language support and accuracy, they should look at us.

“To make it even better, they can have the Watson chatbot and plug us in. Thus, we feel it is quite harmonious. But we do realise that every time we pitch, we are essentially pitching against them. Sometimes we win, sometimes we lose. That is just the way business is.”

The industry titans have found it difficult to develop natural language processing for Southeast Asian languages as their focus has been on developed countries such as Japan and Germany. Hyperlab, on the other hand, was built to support Southeast Asian languages. So, the company will continue to play on this strength to capture market share, says Vic.

“Language understanding is definitely our priority; comprehending rojak sentences is where we excel. We know how people talk in this part of the world and we have an edge on the design,” he adds.

“Watson, for example, does not look pretty because it is not design-focused. We come in with a design point of view because we know how important it is. Everyone is used to slick design nowadays. Would you use Uber if its app looked like it was made in the 1990s? I don’t think so.”

Last September, Hyperlab received a concept-to-commercialisation grant under the High Impact Programme 2 from PlaTCOM Ventures Sdn Bhd. According to Vic, the grant will be used to expand the Southeast Asian languages that can be supported by its chatbots. The company will start with Indonesian and Tagalog before working on unicode languages such as Thai and Vietnamese.