Builders the key beneficiaries of Budget 2021, but little interest seen 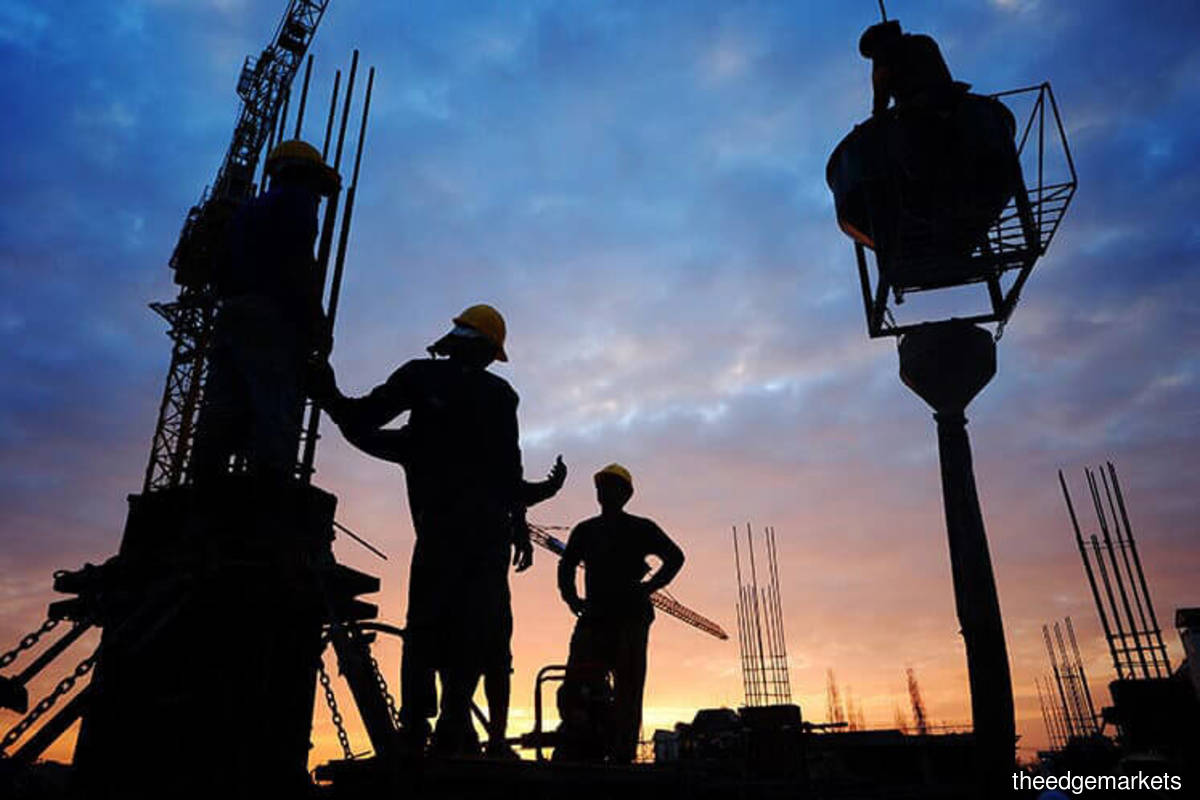 "Until such a time that all these projects are awarded, perhaps only then there will be a rally among construction stocks."

KUALA LUMPUR (Nov 11): Construction companies are set to benefit greatly from the projects and expenditure outlined in Budget 2021, with the Mass Rapid Transit 3 (MRT3) and the Kuala Lumpur-Singapore High-Speed Rail (HSR) viewed as being big opportunities.

Maybank Investment Bank Bhd's head of ASEAN Equity Research Wong Chew Hann views that Gamuda remains shovel-ready for MRT3, and could start the project as early as the third quarter of 2021 (3Q21).

"2021 should see a strong rebound in earnings. We have buy [recommendation] on all our stock coverage in the sector, and our preference is Gamuda, [which is] expected to benefit from the MRT3 roll-out," he said in a note dated Nov 7, 2020.

Wong highlighted that the transport sub-sector has higher gross development expenditure of RM15 billion among the sub-sectors provided for in Budget 2021.

She noted that the focus of larger contractors in 2021 will be directed towards the completion of existing ongoing megaprojects such as MRT2, LRT3, the Gemas-Johor Bahru Electrified Double Tracking and the West Coast Expressway.

That said, Wong noted the absence of new major infrastructure projects, except for the Johor Baru-Singapore Rapid Transport System and MRT3. According to her, this would imply that government-funded construction projects (of less than RM0.5 billion each) would likely benefit smaller contractors rather than larger players.

MIDF Research views that the continuation and reintroduction of mega public transport projects such as MRT3 and HSR will be a major upward rerating catalyst for the construction sector, which seems to have fallen off investors' radar.

West Malaysian megaprojects will help replenish the construction companies' order book, with Gamuda, SunCon and IJM Corp to benefit the most, MIDF commented.

The research outfit said the measures such as the RM2.5 billion provision of G1 to G4 contractors to carry out small- and medium-sized projects nationwide, and the construction of 1,000 new units of housing for the armed forces (Rumah Keluarga Angkatan Tentera) would be positive for "short-term job flows for the small to midsize local contractors".

Meanwhile, the increase in construction activities is likely to support cement demand, which could be a boon for Malayan Cement Bhd, it added.

CGS-CIMB Research's Sharizan Rosely viewed that at minimum the mention of MRT3 and HSR in Budget 2021 would likely provide some clarity on the government's stance on these projects.

"However, we note that the KVMRT3 and HSR contracts remain under review and have not been officially approved (status quo). A slight setback was the absence of timeline targets, which could be detailed in the 12MP (12th Malaysia Plan). Overall, contractors across the board are deemed to be beneficiaries of Budget 2021. However, key longer-term potential winners are rail contractors," Sharizan noted.

Sharizan maintains his neutral call on the construction sector and maintains his add calls on YTL Corp Bhd, MRCB and IJM Corp as the potential large-cap beneficiaries of new rail projects.

Kenanga Research believes that the construction theme would emerge once the current Covid-19 wave is brought to its heel, noting that it still sees the construction sector as one of the key sectors that the government can leverage on to expedite economic growth given the sector's high multiplier ripple effect.

"We make no changes to our call and TP (target price) and stick to our top picks being Gamuda (RM4.10), MRCB (75 sen) and SunCon (RM2.45)," Kenanga Research wrote in a strategy report yesterday.

In Budget 2021, Sabah is to receive RM5.1 billion in development expenditure, while Sarawak will get RM4.5 billion for the upgrading of water, electricity and road infrastructure.

Despite the government's assurance on continuing the mega infrastructure projects, the market has been "lukewarm" to the construction sector, which has been through a rough patch given the changes that took place in the political scene that resulted in public contracts being halted, renegotiated, and reviewed.

Investment analysts believe the reason is that investors need more details, for instance the timeline.

Rakuten Trade Research vice president Vincent Lau and anonymous construction analyst concurred that news surrounding MRT3 and HSR has been circulating for a while. They believe investors will only make their investment decisions once the letters of award are issued.

"Until such a time that all these projects are awarded, perhaps only then there will be a rally among construction stocks," said the analyst.

Lau noted that some investors might look at solidifying their positions in the sector in anticipation of contract wins, but noted that for the most part investors would be displaying a wait and see approach.

"People will be looking out for when these contracts are awarded, who they are awarded to and the respective contract values involved," said Lau.

Furthermore, some commented that until the dust settles at the political front, the awarding of these construction contracts could be delayed.