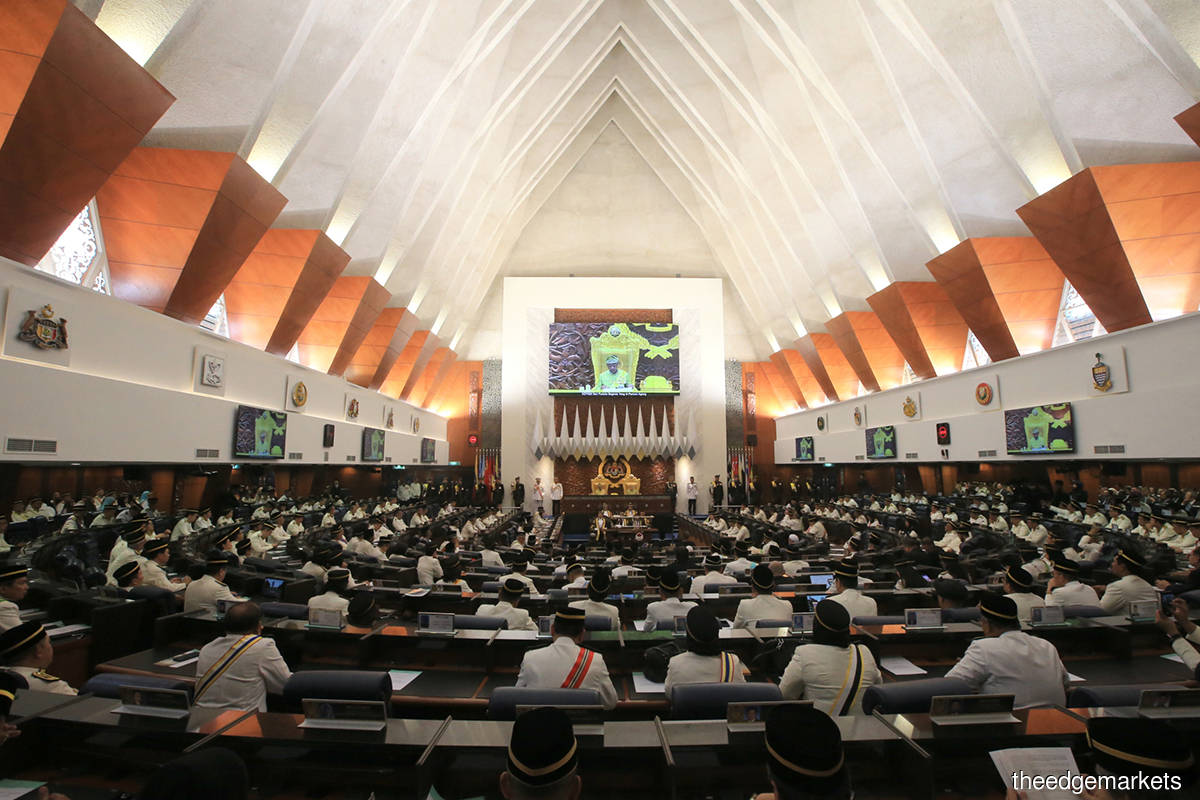 KUALA LUMPUR (Oct 17): The Centre for Independent Journalism (CIJ) has called for the removal of restrictions that limit coverage of the Third Meeting of Parliament to only 15 media organisations.

In a statement, the centre expressed its disappointment over the decision, and called for fair and equal access by all media to in-house parliamentary proceedings, especially in these times of crisis.

“We would like to ask how did Parliament determine which media should be allowed to cover the proceedings. In particular, why were online news portals sidelined? Why was the state responding to Covid-19 related challenges by discriminately limiting the media’s access, and undermining their rights and independence in the process — rather than thinking more constructively of other adaptive or mitigative measures that would guarantee the protection and safety of the media?

"The CIJ wishes to bring to attention the need for fair and equal media access to information through and beyond the current Covid-19 pandemic. In recent months, we have observed a shrinking of spaces for local and international media to report due to unfair restrictions or denial of access on the basis of Covid-19, including instances where access to certain spaces and press conferences is limited to just a few 'official media'. This clearly denotes an attempt by the state to control the narrative for how and by whom information is to be made available to the public,” CIJ executive director Wathshiah G Naidu said in a statement.

Therefore, the CIJ is calling for the restrictions to be immediately lifted in order to protect media rights and create an environment where the media can perform their functions.

It is advocating for the placement of a cap on the maximum number of staff from each media organisation — instead of limiting the number of media outlets that are allowed to attend the proceedings. For example, news agencies may be permitted to send in one journalist and one photographer or videographer.

The CIJ also suggested that Parliament convert unoccupied rooms into media rooms to ensure that more people can be accommodated, with a dedicated room for press conferences.

This is on top of mandatory mask-wearing and temperature measuring facilities, the provision of hand sanitiser stations and frequent disinfection of high-traffic areas.

The CIJ also said that Parliament should ensure that guidelines and standard operating procedures (SOPs) are implemented without any double standards, and require journalists and other visitors to disclose any travel history, particularly to high-risk areas in the past 14 days, or any symptoms and illnesses.

It also urged the government to establish a fund to cover the cost of Covid-19 RT-PCR (reverse transcription polymerase chain reaction) swab tests for media organisations that are unable to afford such tests, and suspend all social functions or events within the premises to outside proceeding hours in order to minimise risk to the media and others around.

“Media pluralism and transparency of proceedings cannot be compromised, especially when the nation is battling extreme challenges due to the Covid-19 pandemic and the ensuing political turmoil. Journalists and news portals must be allowed the space to scrutinise and be critical, if necessary, of the legislatures’ position or action in the course of parliamentary proceedings,” said Wathshiah.

"We reiterate that Covid-19 must not be used as an excuse to restrict access and limit media freedom, ultimately denying the public access to timely and balanced information on parliamentary proceedings, especially at a time when Budget 2021 is to be debated," she added.

The CIJ was responding to a statement issued by the legislative body’s corporate communications unit that listed 15 media outlets allowed to cover the upcoming parliamentary session. The unit attributed the move to the Covid-19 pandemic and be in accordance with the SOPs set by the National Security Council (NSC) and the Ministry of Health (MoH).