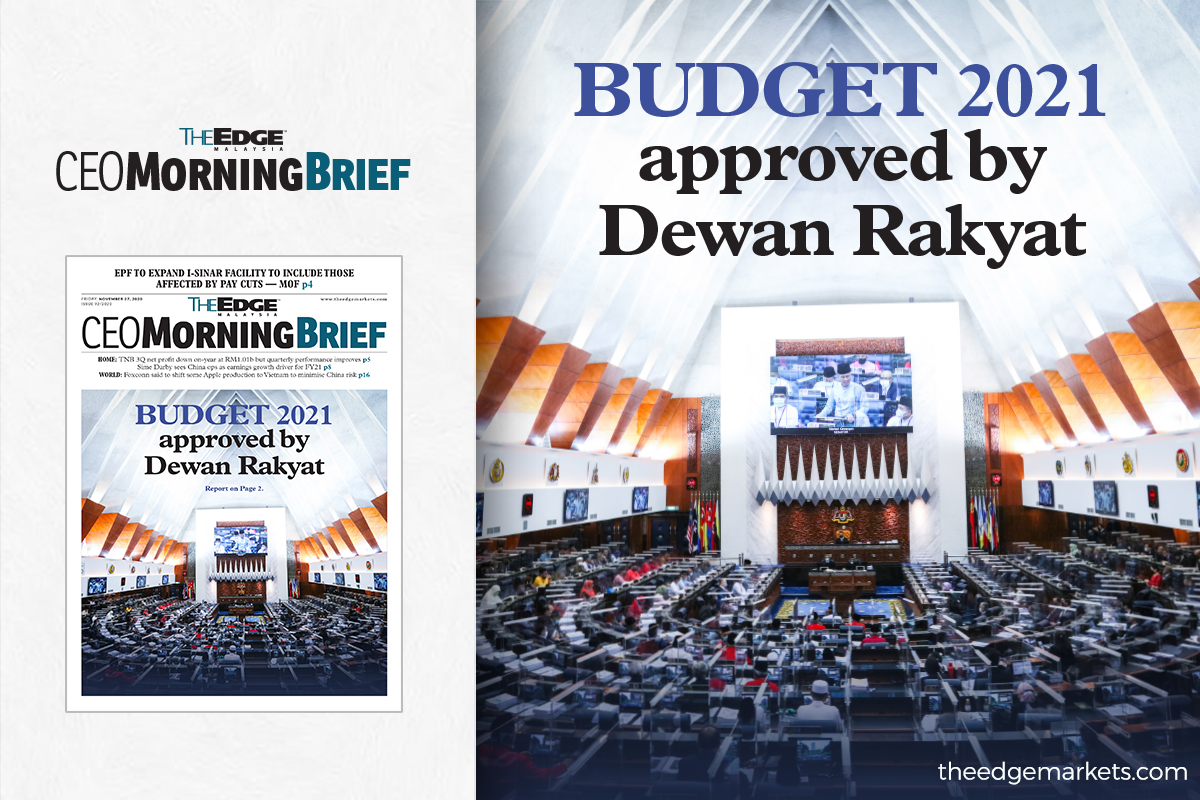 Towards the end of the session, Dewan Rakyat Speaker Datuk Azhar Azizan Harun asked for a show of hands of those for and against the budget, and decided that there were more Members of Parliament (MPs) who agreed with the budget, although Pokok Sena MP Datuk Mahfuz Omar interjected and motioned for a tally of the votes.

However, this required 15 MPs to support the call for a tally. Only 13 stood up in support of the tally, according to the Speaker.

“There are fewer than 15 people [supporting the call for a tally]. There are more voices [in agreement with the budget]. The bill will see its second reading now,” he said.

The wrap-up by the minister was a heated one as ruling and opposition MPs furiously interjected for clarifications of certain issues, including the expansion of the Employees Provident Fund's (EPF) i-Sinar facility to include those receiving pay cuts due to the Covid-19 pandemic.

Subang MP Wong Chen claimed that the EPF’s inflows amount to no more than RM20 billion per year, and therefore could not cover the total increased allocation of RM70 billion for the i-Sinar facility.

“Where is the EPF going to find the extra RM50 billion? Are they going to sell their shareholdings in listed companies on Bursa Malaysia? If this hits the headlines tomorrow, we will have a big problem,” he said.

However, Tengku Zafrul clarified that the EPF is seeing inflows of RM80 billion per year, adding that the Ministry of Finance (MoF) had looked into the matter.

“I would like to correct the facts. We conducted a detailed analysis of this for over a week. Actually, the inflows are not RM20 billion, RM30 billion or RM40 billion. It is RM80 billion per year,” responded the minister.

Following that, Wong pointed out that withdrawals by contributors, amounting to RM40 billion to RM50 billion per year, had to be taken into account as well — before his microphone was muted by the Speaker.

The session quickly devolved into a shouting match among the MPs, which resulted in intermittent muting of the MPs’ microphones by a visibly irritated Speaker.

“This is embarrassing behaviour. We are debating on the budget and this is how we are behaving? The rakyat are watching all of us here!” he said.

Other points mentioned during Tengku Zafrul's speech included a reduction in allocation for the Special Affairs Department (JASA) to make way for increases in other allocations, although he did not elaborate.

On the various proposals for a further extension of the loan moratorium, he said all who are eligible — whether they are in the B40, M40 or T20 category — will be able to request for various forms of assistance, which also include reducing or rescheduling loan repayments, from their respective banks.