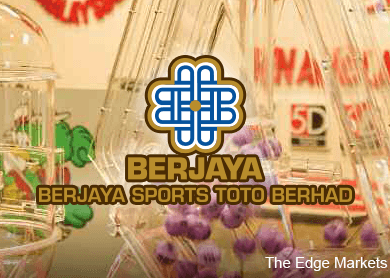 In a filing with Bursa Malaysia today, the number forecast operator said Sports Toto reported a 13.6% increase in pre-tax profit in 4QFY15, despite a drop in revenue of 4.1%, mainly due to lower prize payouts.

H.R. Owen also registered improved pre-tax profit and revenue of 8.5% and 31.5% respectively, thanks to higher new car sales resulting from launches of new models by few manufacturers, as well as higher used car sales in 4QFY15.

For full year FY15, BToto's net profit rose 9.6% to RM360.15 million or 26.75 sen share, from RM328.71 million or 24.66 sen a share in FY14, mainly due to the refund of the RM18 million stamp duty paid pursuant to the rescission of the share purchase agreement, which resulted from the aborted listing of Sports Toto Malaysia Trust on the Singapore Exchange.

Revenue for FY15 grew 21.8% to RM5.29 billion, from RM4.34 billion in FY14, mainly due to the consolidation of H.R. Owen's 12-month results in the current year versus six-month results consolidated in the previous financial year.

With rising costs weighing down on domestic consumer spending and the implementation of the goods and services tax on April 1, BToto expects the number forecast operation business to be challenging in FY16.