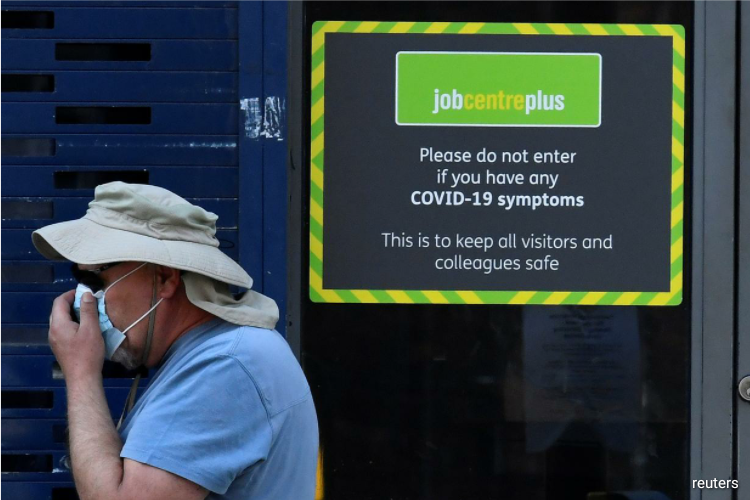 One in four thought that over the rest of 2020 their job was not at all or not very secure, little changed from July.

LONDON (Aug 12): People in Britain are increasingly worried about losing their jobs as the country’s economy struggles to cope with the impact of the coronavirus pandemic, a survey published on Wednesday showed.

Forty-two percent of respondents said their job was less safe than it was a year ago, an increase of five percentage points from July, opinion poll firm Kantar said.

One in four thought that over the rest of 2020 their job was not at all or not very secure, little changed from July.

Employment in Britain fell by the most since 2009 in the April-June period, according to official data published on Tuesday. Figures due for release at 0600 GMT on Wednesday are likely to show the country has fallen into a recession.

The Bank of England last week forecast the jobless rate would hit 7.5% at the end of this year, almost double its most recent reading.

The Kantar survey showed a sharp fall in the proportion of respondents who believed the government was lifting coronavirus restrictions too quickly and an increase in those who thought the pace was right or too slow.