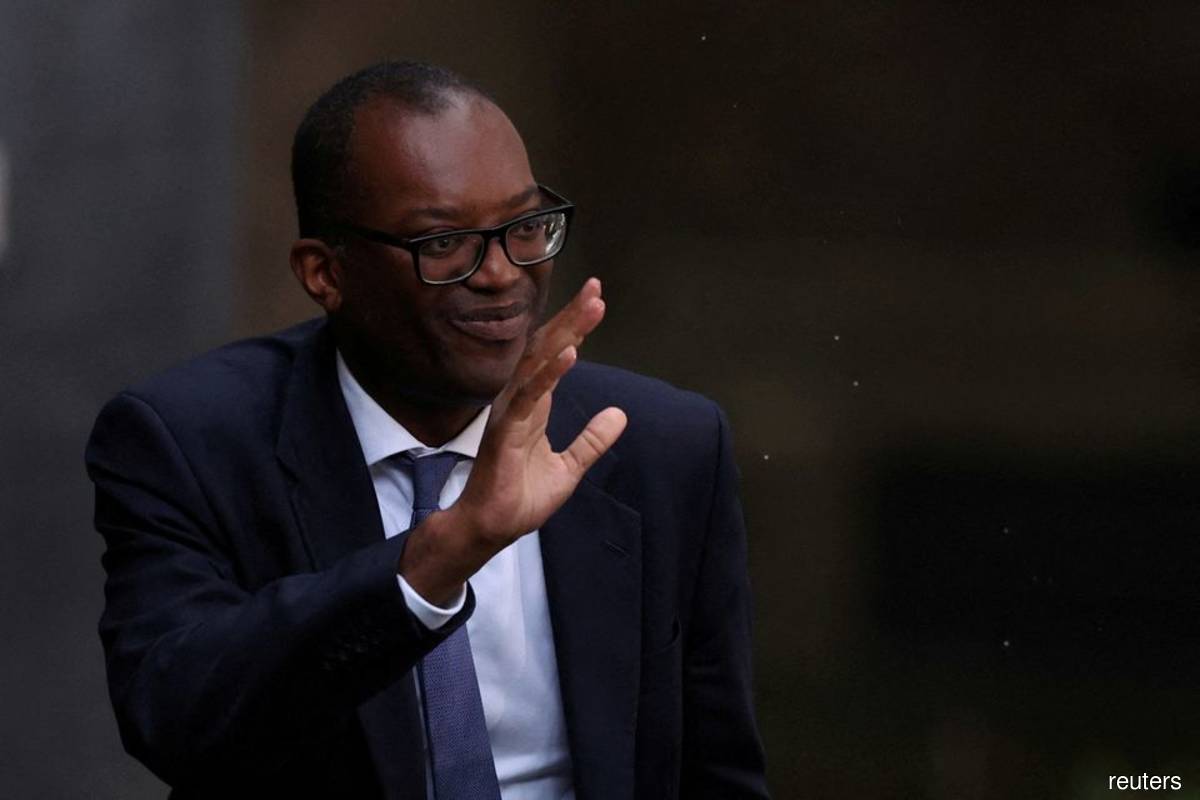 Kwarteng scrapped the country's top rate of income tax, cancelled a planned rise in corporate taxes and for the first time put a price tag on the spending plans of Prime Minister Liz Truss, who wants to double Britain's rate of economic growth.

Investors unloaded short-dated British government bonds as fast as they could, with the cost of borrowing over five years seeing its biggest one-day rise since 1991, while the pound slumped more than 3% against the dollar to levels last seen 37 years ago.

Economists and investors said markets were losing confidence in Truss’s ability to fight surging inflation after her government set out tax cuts and huge spending plans, just a day after the Bank of England hiked interest rates by half a percentage point.

US bank Citi warned that sterling could sink to parity with the dollar. "Something has to give, and that something will eventually be a much lower exchange rate," Citi analyst Vasileios Gkionakis said in a research note.

Kwarteng’s announcement marked a step change in British economic policy, harking back to the Thatcherite and Reaganomics doctrines of the 1980s that critics have derided as a return to "trickle down" theory.

Truss, elected as prime minister earlier this month by a vote of the Conservative Party’s 170,000 members, has vowed to cut regulations and pursue overall economic growth, even if it favours the wealthy at a time when millions are struggling to cover basic household bills.

Interviewed hours after he made his statement in parliament, Kwarteng declined to comment on the fall in sterling, saying he did not comment on market movements.

The so-called mini budget is designed to snap the economy out of a period of double-digit inflation driven by surging energy prices and a 15-year run of stagnant real wage growth.

Moves to subsidise energy bills will cost 60 billion pounds just for the next six months, Kwarteng said — part of a promise to support households for two years.

Tax cuts — including an immediate reduction in a property purchase tax — would cost a further 45 billion pounds by 2026/27, he said, costs that could be recovered by a rise in annual economic growth of one percentage point over five years — a feat most economists think unlikely.

Britain also will accelerate moves to bolster the City of London’s competitiveness as a global financial centre by scrapping the cap on banker bonuses ahead of an "ambitious deregulatory" package later in the year.

"In 25 years of analysing budgets this must be the most dramatic, risky and unfounded mini-budget," said Caroline Le Jeune, head of tax at accountants Blick Rothenberg.

"Truss and her new government are taking a huge gamble."

The opposition Labour Party said the plans were a "desperate gamble" by a government running out of ideas after 12 years in power.

"Lower growth, lower investment, lower productivity. And today, we learn we have the lowest consumer confidence since records began. The only things that are going up are inflation, interest rates and bankers’ bonuses," said Labour’s finance spokeswoman Rachel Reeves.

The Institute for Fiscal Studies said the tax cuts were the largest since the budget of 1972 — which is widely remembered as ending in disaster because of its inflationary effect.

On Thursday, the BOE said Truss’s energy price cap would limit inflation in the short term but that government stimulus was likely to boost inflation pressures further out, at a time when it is battling inflation near a 40-year high.

"We are likely to see a policy tug of war reminiscent of the stop-go 1970s. Investors should be prepared for a bumpy ride," said Trevor Greetham, head of multi-asset at Royal London Asset Management.

Financial markets ramped up their expectations for British interest rates to hit a peak of more than 5% midway through next year.

Despite the extensive tax and spending measures, the government did not publish new growth and borrowing forecasts from the Office for Budget Responsibility (OBR), a government watchdog.

The National Institute of Economic and Social Research (NIESR) said the budget deficit looked set to rise to 8% of gross domestic product during the current financial year.

The OBR forecast in March that Britain would have a budget deficit of 3.9% of GDP. Kwarteng said the OBR would publish its full forecasts later this year.

"Fiscal responsibility is essential for economic confidence, and it is a path we remain committed to," he said.