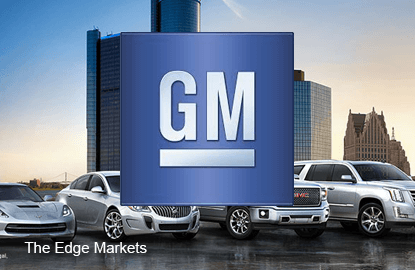 LONDON (Feb 15): Britain has contacted the president of General Motors to express concerns after the American firm opened talks to sell its European operations, including the Vauxhall plants in England, to France's PSA Group.

Britain's Department for Business said the government remained in close contact with GM and was monitoring the situation after the two companies said on Tuesday that they were in talks over a possible deal.

The talks have raised fears from unions in Britain and Europe that a deal could lead to job cuts or plant closures within GM's loss-making European business.

Britain's largely foreign-owned car industry has thrived in recent years, shipping more than half of its exports to the other 27 countries of the EU, but Britain's vote to leave the European Union has put the industry in jeopardy.

Prime Minister Theresa May's government struck a deal last year to keep Nissan investing in Britain after it promised to provide extra support to counter any loss of competitiveness caused by the Brexit vote.

If the GM-PSA deal is successful, PSA, owner of the Peugeot, Citroen and DS brands, would acquire GM's Opel and Vauxhall brands to give it a 16.3% share of the European passenger car market.

The Unite workers' union said the president of GM had given a private assurance last year that there would be no surprises in terms of its plants in Britain, and that these commitments had not been upheld.

"To Peugeot I say, talk to us," Unite General Secretary Len McCluskey said in a statement. "Our members have helped to make the UK auto industry the most competitive and productive in Europe and will do so again with the right backing."

McCluskey was due to meet Britain's business minister Greg Clark on Wednesday morning to discuss the potential impact on the Vauxhall plants, which employ 4,500 staff near Liverpool and Luton, north of London.