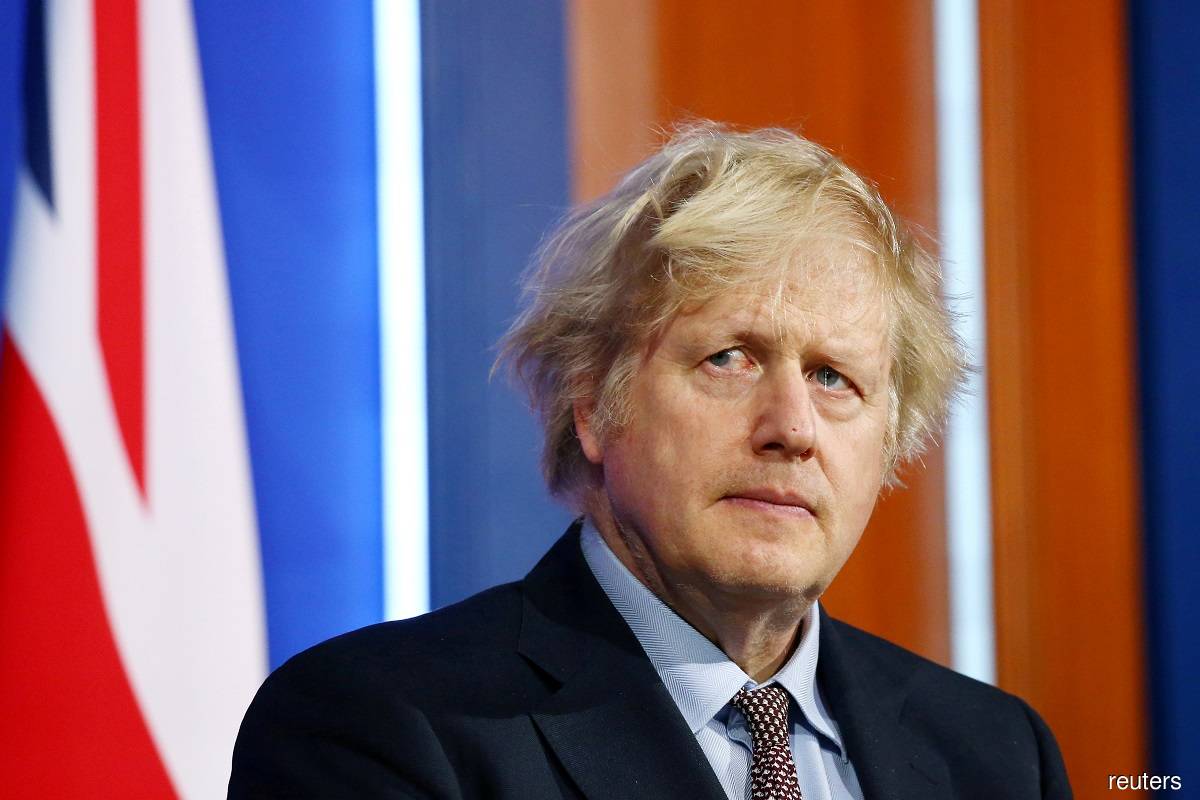 LONDON (April 13): British Prime Minister Boris Johnson warned on Tuesday that the rapid drop in Covid-19 deaths was largely down to a three-month lockdown, not the vaccination programme, and that cases would rise once again as restrictions ease.

The United Kingdom launched its inoculation drive in December and has already offered a first shot to all over-50s, the clinically vulnerable, and health workers. The country is behind only Israel in the proportion of its population to have received at least one dose.

That roll-out was, however, followed a month later by a third lockdown in early January to tackle surging infections driven by the "Kent" variant of the virus. Since February, daily infection numbers, hospitalisations, and deaths have all dropped sharply.

"The bulk of the work in reducing the disease has been done by the lockdown," Johnson said on Tuesday, adding there was no reason to change the road map for reopening the economy.

With conditions improving, England reopened all retail, hairdressers, gyms, and pub gardens on Monday and Scotland, Northern Ireland, and Wales are due to reopen different elements of their societies in the coming weeks.

The vaccine roll-out also got a boost on Tuesday when Moderna became the third vaccine to be offered in England after AstraZeneca and Pfizer-BioNTech.

That will help keep Britain on track to hit its target of offering all adults a vaccine by the end of July.

Moderna, already offered in the United States and Europe, uses the same mRNA technology as Pfizer's shots but can be stored at normal fridge temperatures unlike its rival US vaccine, which must be kept and shipped at ultra-low temperatures.

On Tuesday, NHS England said that people aged 45 or over could now book appointments to receive a Covid-19 vaccine. For those categories already offered a vaccine, it said that 95% of people who were eligible had taken up the offer.

However, in another note of caution to the optimism, the government announced an expansion of so-called surge testing in the south London boroughs of Lambeth and Wandsworth to detect cases of the variant first found in South Africa.

There have been 74 confirmed and probable cases of the coronavirus variant, known as B.1.351, in the boroughs, and there is concern that vaccines are less effective against it.

"The important thing will be to watch: If the South African variant has really taken off, and we'll probably know in about two to three weeks, then we may need to pause reopening a little bit," James Naismith, professor of structural biology at the University of Oxford and director of Rosalind Franklin Institute, told BBC Radio.

With more than 127,000 fatalities, the United Kingdom has the fifth-highest death toll in the world from Covid-19.