Britain on collision course with EU with trade talks mandate 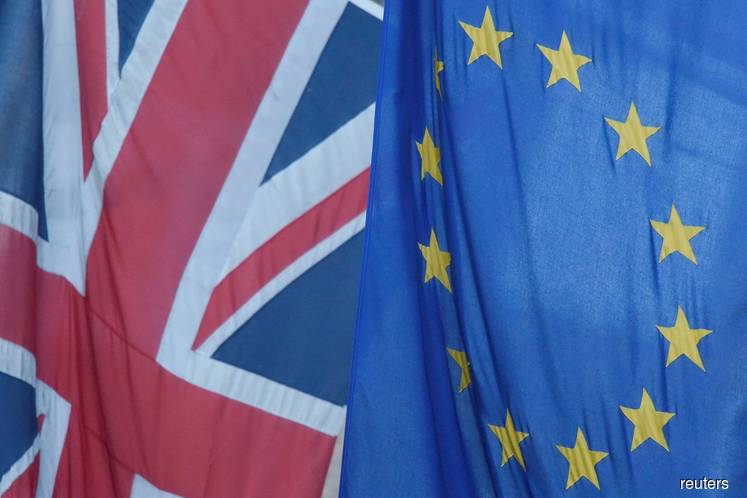 LONDON (Feb 27): Britain unveiled a negotiating mandate on Thursday for talks with the European Union that puts it on a collision course with Brussels, underlining its desire for future economic and political independence.

After officially leaving the EU last month, Britain has until the end of the year to negotiate a trade deal and agreements on everything from fishing to transport to replace more than 40 years of close political and economic relations.

Having accepted that, by leaving the EU's customs union and single market, British businesses will encounter new "frictions" in trade with the bloc, the government has made its stance clear — self-determination must trump economic concerns.

The two sides have until June to get what London's negotiating team called "the broad outline of an agreement" to be finalised by September. Otherwise, the government says Britain will head for an Australia-style agreement, much of which runs along baseline World Trade Organization rules.

"At the end of the transition period on the 31st of December, the United Kingdom will fully recover its economic and political independence," cabinet office minister Michael Gove told parliament as he unveiled the mandate.

"We want the best possible trading relationship with the EU, but in pursuit of a deal we will not trade away our sovereignty."

Prime Minister Boris Johnson, the face of Britain's campaign to leave the EU in 2016, has staked his reputation and possibly his future as leader on "getting Brexit done", and has charged his negotiating team with securing a clean break with the bloc.

Both sides say they want a deal to be agreed before the deadline of Dec 31, 2020 so that trade can flow, albeit with some additional checks, and that arrangements on issues such as aviation can roll over seamlessly.

But with the two sides unable to agree on even the format of talks scheduled for Monday, the negotiations look set to be a battle of wills. Both the British and EU teams have already accused each other of breaking with earlier agreements.

On Tuesday, the EU said talks on post-Brexit ties would be "very hard" and could fail if London did not secure the new land border with the bloc on the island of Ireland in the way that Brussels said had been agreed.

Brussels wants London to commit to those rules in law — but London says that such provisions are not part of other EU trade agreements, and that they do not fit its goal of "taking back control" from Brussels.

Britain also says that, as an independent coastal nation, it will not trade away its fishing rights. At the same time, it is pushing for "legally binding" obligations on access to the European Union market for its important financial services industry.