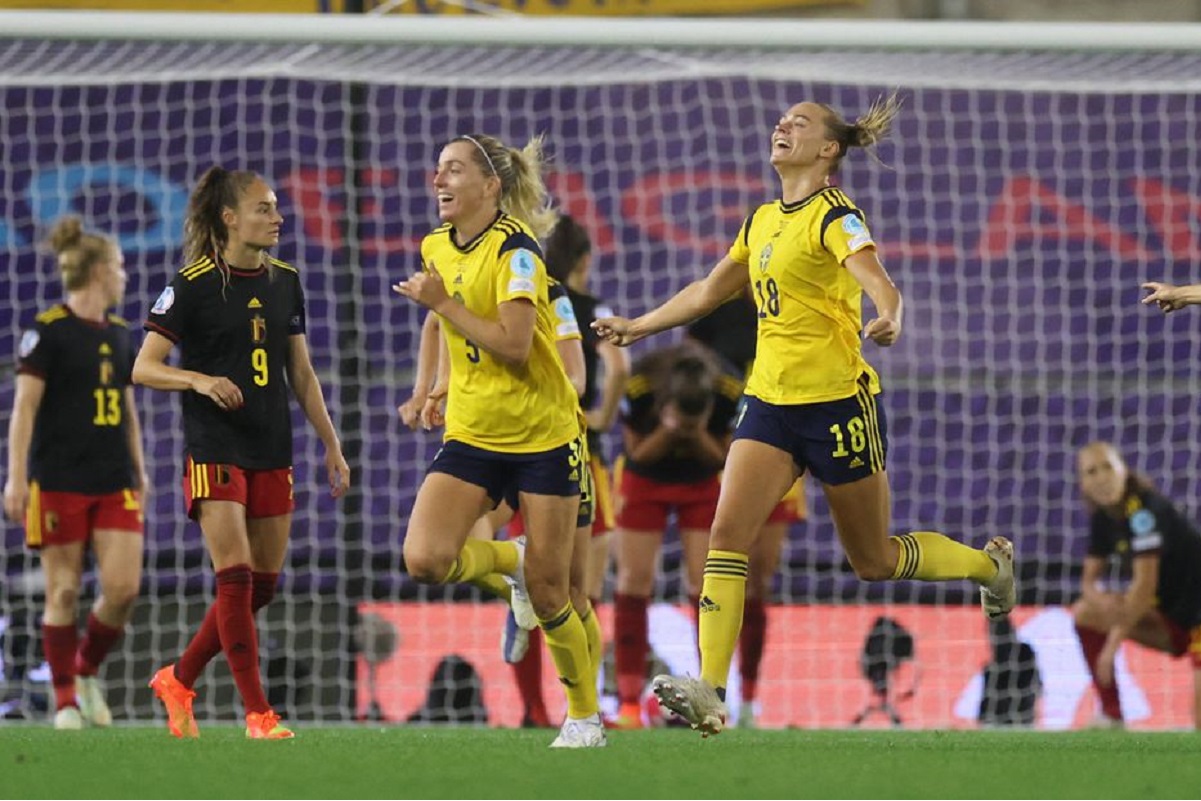 MANCHESTER, England (July 23): Sweden defender Linda Sembrant was relishing taking on hosts England in the Women's Euro semi-final after her late winner against Belgium on Friday kept her country's dream alive of winning their first major title since the 1984 Euros.

Currently ranked second in the world, the Swedes have come agonisingly close in the past, winning two Olympic silver medals and finishing as World Cup runners-up in 2003, and they now face England for a spot in the final.

"It's going to be really, really big (against) England, with a big crowd and with our Swedish fans who have been absolutely fantastic. It will be very cool," an elated Sembrant said.

"It was completely sick, an indescribable feeling to see the ball go in the goal," she added.

Things were against Sweden from the off, with first-choice full backs Hannah Glas and Jonna Andersson, who missed a penalty in last year's shootout Olympic final defeat by Canada, forced out of the game after positive Covid-19 tests.

Sweden also had a Stina Blackstenius goal disallowed by VAR for offside and they struggled to make the breakthrough until Sembrant's late winning strike.

"There's an enormous strength in our individuals, which makes us a strong group," coach Peter Gerhardsson told SVT.

"England have done very well, (even if) they had a few problems with Austria ... it will be an enormous, fantastic experience to play a semi-final against England in England — wow!" he added.

The Swedes take on England in Sheffield on Tuesday, and after creating 34 shots on goal but only scoring once, midfielder Nathalie Bjorn has an idea what they might practise in training in the coming days.

"I missed about ten shots, so I'll have to practise finishing this week," the 25-year-old said.