The brewing possibility of an excise duty hike 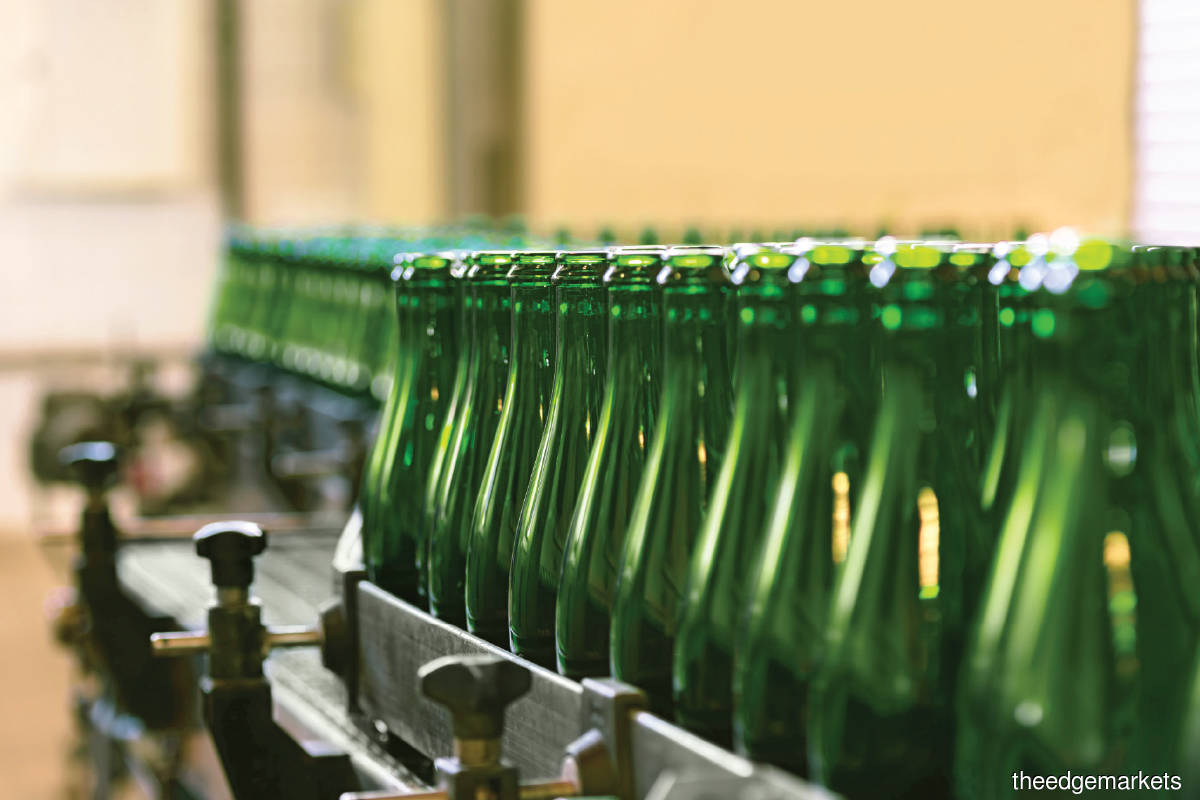 BREWERS, among the hardest-hit businesses during the Movement Control Order (MCO) period, could face a protracted recovery from Covid-19 given the multiple challenges ahead, a key one being the possibility of an excise duty increase in Budget 2021, which will be tabled next month.

As it stands, however, most consumer analysts think the likelihood of a hike by the government is low.

This is because Malaysia’s alcohol excise duty, at RM175 per litre of alcohol by volume (ABV), is already the second-highest in the world. Raising it further would make product prices more expensive, which in turn would fuel the illicit market and result in lower tax collection for the government.

Brewers contribute more than RM2.2 billion in taxes annually. Illicit products — comprising contraband, counterfeit and unregulated beer — are still prevalent and make up 14% and 70% of the beer and stout market in Peninsular Malaysia and East Malaysia respectively.

Given the weak economic climate, the government is unlikely to raise the excise duty, UOB Kay Hian Research opines.

“However, it would not be too far-fetched for the authorities to entertain the idea of an excise duty hike as the last effective excise hike was well back in 2006 (the last hike in 2016 was largely a rebasing). A rational excise hike of up to 5% could be effectively passed on to consumers with a corresponding average selling price hike of about 2.5%,” it says in a recent report on Carlsberg Brewery Malaysia Bhd.

Indeed, an excise duty hike cannot be ruled out as the government is in a tricky situation this year, a consumer analyst points out. “On the one hand, the government needs extra revenue but knows that it is a bad idea to increase the excise duty [as it would fuel the illicit market], but on the other, there may be certain [political] pressures that require it to do so. So, to me, it’s a 50-50 chance [of a hike],” the analyst tells The Edge.

Industry observers note that certain developments in recent months — harsher penalties for drunk driving (a hefty fine and jail for first-time offenders) and the enforced suspension of Heineken’s and Carlsberg’s operations for about six weeks during the MCO even though other beverage firms were allowed to operate — point to the current government’s tougher stance on alcohol-related matters.

Hong Leong Investment Bank (HLIB) Research does not think the government will raise the alcohol excise duty this year, but in the event that it does, the research house believes the brewers can mitigate the earnings impact.

“Should the alcohol excise duty be increased, we reckon brewers will be able to ‘water down’ their products in order to mitigate the increased excise duty cost, and therefore keep selling prices unchanged. We reckon both brewers are more than able to do this as many of their locally brewed brands currently have higher alcohol by volume versus their European and Japanese counterparts,” its analyst Gan Huan Wen says in a report on the sector on Sept 28.

The Confederation of Malaysian Brewers Bhd, comprising Heineken and Carlsberg, tends to voice its views on excise duty matters closer to the annual Budget day.

As it stands, the brewers are still working to bring sales up to pre-Covid-19 levels.

Both companies turned in a dismal financial performance for the second quarter ended June 30, 2020, owing to lower sales volume during the Covid-19 lockdown. Neither of them declared a quarterly dividend, having made the decision to be more prudent in FY2020. This disappointed investors, who tend to buy or hang on to the brewers’ shares mainly for dividends.

Analysts are divided as to how fast the brewers’ sales volumes can recover from the trough.

HLIB Research’s Gan expects both brewers’ sales volumes to rebound strongly in the third quarter due to the easing of MCO restrictions.

“While Malaysian monthly beer sales volume data is unavailable, we believe volume recovery should mirror or even exceed recovery in neighbouring country Thailand,” he says. In Thailand, beer sales volume grew 27% y-o-y in July owing to the easing of lockdown restrictions, even with a lack of tourists.

“Using Thailand as a benchmark, we expect beer sales volumes in 3Q2020 to be stronger y-o-y as we understand a larger portion of beer consumption in Malaysia (50%) is consumed out of home (versus Thailand’s 27%), which translates into stronger recovery as consumers are permitted to return to drinking outlets post-MCO. Particularly, we expect Heineken to return to profitability in 3QFY2020 as we understand May and June were already profitable months after losses peaked in March,” Gan says.

He upgraded both Carlsberg and Heineken to a “hold” from a “sell” before, but left their target prices unchanged at RM19.70 and RM18.70 respectively.

“With the loan moratorium coming to an end, we foresee a heightened risk of on-trade business closures, especially those that are still prohibited from reopening. We envisage on-trade operations to remain at existing levels of about 80% for the rest of 2020, with the remaining 20% at risk of permanently shuttering. For 2021, we estimate volume sales to shrink about 10% against pre-Covid/2019 levels as reduced social gatherings and the absence of foreign tourists are likely to weigh on top of outlet closures,” it says in a Sept 25 report on the sector. The blanket loan repayment moratorium ended on Sept 30. On-trade outlets refer to nightclubs, bars and restaurants, for example.

AHC Research expects Carlsberg’s earnings to contract 30% in FY2020, and Heineken’s by 37%, mainly because of the impact of the pandemic.

“Heading into 2021, we have lowered our earnings growth estimates to 20% (Carlsberg) and 26% (Heineken) from 30% and 45% respectively, as we expect a more protracted earnings recovery as the strict measures that are still in place could stretch into 2021. In addition, lingering uncertainties in the labour market as well as shrinking consumer disposable incomes may further drive more cautious spending on alcohol products. Elsewhere, dividends have so far been pushed back, but we note that both managements remain committed on their dividend payout rate of 100% of net profit,” it says.

Bloomberg data shows that of the 11 analysts who track Carlsberg, only one has a “buy” call, while six have a “hold”, and four, a “sell”, with the average 12-month target price at RM21.95. The stock has shed 31.4% year to date, closing at RM20.16 last Friday, giving Carlsberg a market capitalisation of RM6.16 billion.

As for Heineken, there were three “buys”, five “holds” and three “sells”, with the average 12-month target price at RM22.22. The stock, which has declined 23.3% so far this year, closed at RM20.80 last Friday, giving the company a market capitalisation of RM6.28 billion.