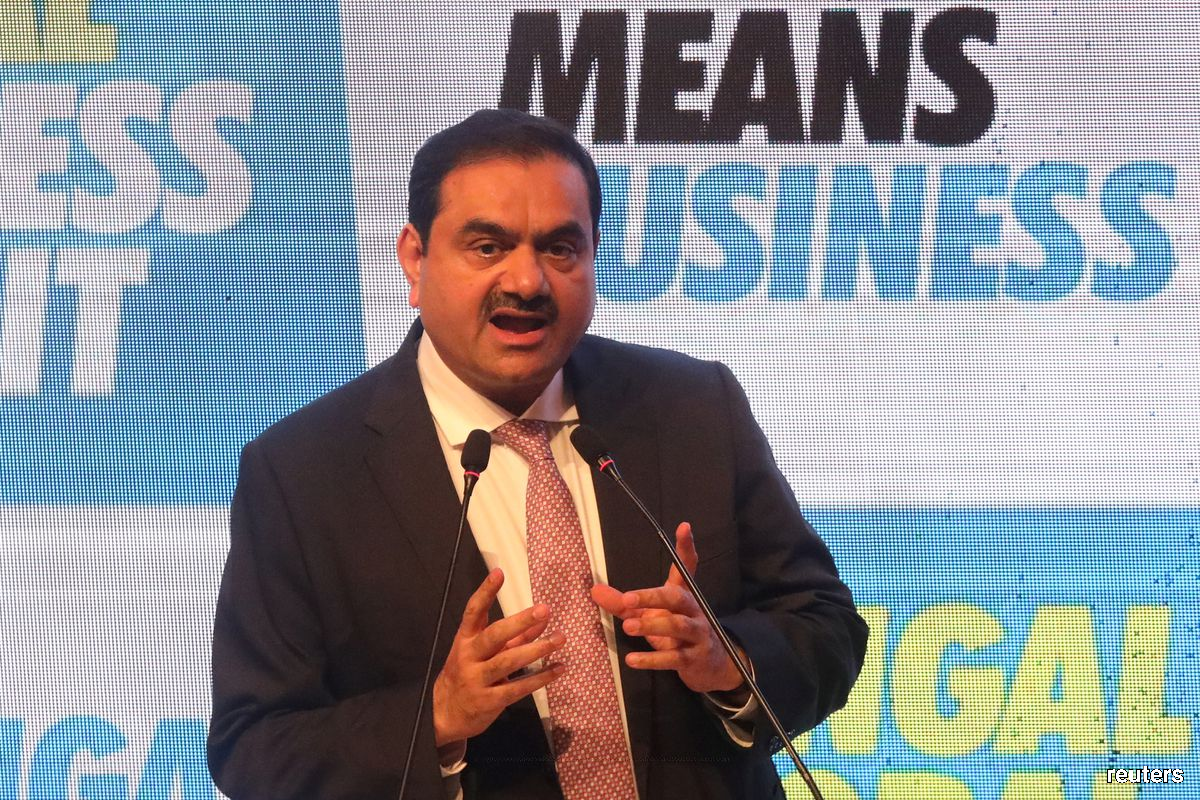 MUMBAI (Aug 9): Gautam Adani is a different sort of Indian tycoon. The 60-year-old university dropout and son of a trader is a first-generation entrepreneur who has become the world’s fourth-richest man by building and buying critical energy and infrastructure assets at lightning speed. There is none of the obvious financial profligacy that broke many of his rivals in recent years, but other concerns cast a shadow over the billionaire who is starting to get too big to fail.

At some US$220 billion, the combined market value of the Adani group’s seven publicly traded companies, all of which carry the industrialist’s name, has increased tenfold in three years. Gautam Adani leads as chairman and is flanked by his wife, brother, two sons and some nephews in various roles. The family’s power rests with large equity stakes of up to 75%, including in the flagship Adani Enterprises which houses data centres, roads and airports and incubates new projects.

Growth is both organic and fuelled by acquisitions. A US$10.5 billion deal in May for Holcim’s India unit makes the group the country’s second-largest cement manufacturer. It operates seven airports, all but one picked up through government privatisations since 2019. These build on Adani’s existing quasi-duopoly alongside the state in ports and power transmission. After a big purchase from SoftBank Group, Adani also owns the largest national portfolio of existing and under-construction renewable energy assets.

The tycoon’s animal spirits prowl an otherwise tame industrial wild. Eight of the 10 Indian business groups covered in Credit Suisse’s infamous “House of Debt” series published a decade ago ran into serious financial difficulties after Raghuram Rajan, then central bank governor, in 2015 initiated a review of banks’ asset quality. Some peers such as Essar’s Ruia brothers were stripped of prize assets. Only one from that notorious club, Gautam Adani, is still borrowing at a rapid clip. Even India’s other richest man, second-generation industrialist Mukesh Ambani, aimed for zero net debt at his Reliance Industries after watching rivals, including his brother Anil Ambani, sink.

Adani’s group has not gone that far but it has deleveraged. While the amount borrowed across the listed companies has more than tripled to 2.3 trillion rupees (US$30 billion) over the past decade, aggregate net debt has fallen to about four times EBITDA. He has diversified funding sources too, reducing his dependence on state banks, and extended the time available to pay off liabilities: 50% of debt is in capital-markets instruments and repayments stretch from 2026 through 2046. Most of the group businesses, barring property and lending, are captured through listed entities where credit rating agencies see few obvious signs of weakness: Adani is buying cash-generating assets and its bidding behaviour for contracts or acquisitions is not considered aggressive.

If anything, the Indian tycoon is going the extra mile to win over debt investors. Buyout firm Apollo Global Management, for example, announced in May it was buying Adani’s entire US$750 million placement for Mumbai International Airport. Strategic equity backers are coming on board too: France’s TotalEnergies picked up 20% of Adani Green Energy last year in a US$2.5 billion deal, and Abu Dhabi International Holding Company in May pumped around US$2 billion into three Adani companies including Adani Transmission.

Still, the Adani group’s attractiveness has some limits. A good number of clients of top Indian and Wall Street institutions keep their distance in part due to eye-watering valuations: Adani’s four largest companies by market capitalisation trade between 260 and 725 times trailing earnings, per Refinitiv data, and also look pricey on other measures against peers including Goldman Sachs-backed Renew Energy. TotalEnergies only struck its deal after securing a discount of some 40% to the publicly traded price.

The sky-high prices are probably a turn-off for regular fund managers, too. The group attracts some of the usual suspects purely by virtue of its combined 5% weighting of its listed firms in the MSCI India index, but Adani Enterprises has attracted just 132 institutions and funds, excluding strategic entities, in the past year compared to Reliance’s 468, Refinitiv data show. Brokerages pay scant attention, too: Refinitiv, for example, displays no earnings estimates on its data portal for three Adani companies worth over a combined $100 billion. That’s unusual for large entities.

The lack of appreciation is also not one-sided, however. A spokesperson for Adani group says it has not courted analysts because it only typically sells shares when looking for strategic investors. The group expects analyst coverage of its companies to increase in the coming years as it enters the next phase of its growth. That might help to address other concerns.

One is a perceived key-man risk stemming from Adani’s proximity to the government. Like Ambani, Adani hails from Prime Minister Narendra Modi’s home state of Gujarat, long considered the home of India’s shrewdest businessmen. Both tycoons have aligned their ambitions to those of the country’s hard infrastructure and energy needs. Political change will present as a test whenever it comes, even though the group already operates across different states governed by different ruling parties and coalitions. Investors are less jittery about the success of Ambani’s Reliance because they have seen it thrive over many more decades.

A bigger worry is a top-cited complaint among analysts and money managers: that the value of his tightly held companies has been puffed up through opaque Mauritius-based funds. After group stocks nosedived in 2021, a government minister in a written reply to parliament disclosed the securities regulator was investigating some Adani companies without providing more details. Such probes can go on for years and quietly fizzle out. For its part, Adani says that the regulator continues to approve all its proposals. Whatever the merits, such reputational concerns could hinder Adani’s ability to rally external support if leverage or access to capital ever become a problem.

It all creates a potential headache for New Delhi as Adani ventures deeper into the economy. His success also matters for rich countries counting on him to roll out ambitious projects to help India meets its climate commitments. India’s needs are crying out for financially prudent infrastructure tycoons. The relentless rise, though, of one with such important holdings, who makes plenty of investors skittish, is almost as unnerving as one with too much debt.