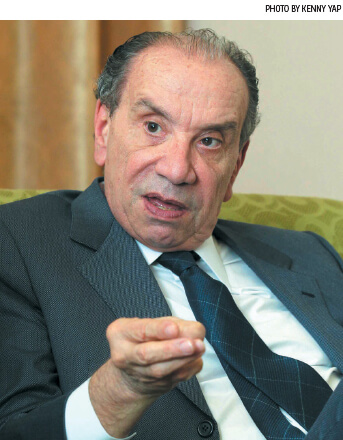 KUALA LUMPUR: Bilateral trade between Brazil and Malaysia is expected to jump 32% to a record high of US$4 billion (RM16.84 billion) this year from US$3.03 billion in 2016, as the South American economy picks up after a two-year recession.

The forecast came from Brazil Minister of Foreign Affairs Aloysio Nunes (pic), who was in Putrajaya recently and shared that Brazil is looking to foster more trade with not just Malaysia but also other Southeast Asian or Asean countries as Brazil’s economy recovers.

“In the two-year recession, Brazil lost almost 8% of its gross domestic product (GDP), but this year, all the indicators — consumption, investment and the labour market — show that we have already overcome the recession.

“Brazil will end the year with a GDP growth [forecast] of 1%, which is small compared with Malaysia’s, but comparing that to the deep recession which Brazil has come from, it is a great achievement and we will certainly be in an even better position next year,” he told The Edge Financial Daily in a recent interview.

Nunes said the main topic of discussion with the Malaysian government is expanding Malaysian investments in Brazil.

“There are [already] several Malaysian investments in Brazil, for example Petroliam Nasional Bhd is present in the state of Minas Gerais, and Scomi [Engineering Bhd] is implementing a monorail system in São Paulo. But I believe we can do more than that.

“We look to diversify our traditional trade, which today is concentrated in a few commodities such as iron ore, sugar and corn. Brazil and Malaysia are complementary economies, so there is a lot of room for diversification of trade [between the two countries],” he said.

Malaysia was Brazil's largest trading partner in Asean in the first half of this year, with a bilateral trade growth of 28.6% over the same period in 2016.

In efforts to increase economic cooperation between the two countries, Nunes said Brazil is looking to expand its visa exemption agreements to include business travel for Malaysians.

“Brazil is going through some very important economic reforms, and a period of opening our economy, [thus] we are providing the private sector with a number of projects of partnership and privatisations, especially in the infrastructure, energy and oil and gas sectors. We would like Malaysian businessmen to be present in such a moment also.

“Brazil and Malaysia have also initiated an explanatory dialogue on the possibility of negotiating an investment cooperation and facilitation agreement,” he shared.