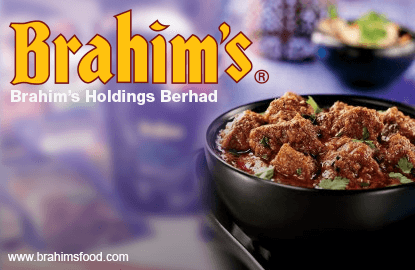 "We are eyeing to turn our operations around in FY16, over time. It won't be a complete turnaround, because we made massive losses but it will still be quite substantial," he said.

Dewina is a unit under Brahim's, which reported a net loss of RM12.61 million in 9MFY15 compared to a net profit of RM6.73 million a year earlier.

"When Malaysia Airports Holdings Bhd gets new airlines in, chances are that they will talk to us. We are expecting at least three or four new airlines to come in, but we are not sure whether they will be working with us in the future," he said.

Brahim's is reducing its dependence on the airline-catering business. Ibrahim said the company had commenced the manufacturing of army rations two months ago via its factory in Jordan.

"We have been over dependent on the airline business for a long time. Now is the time to look out for opportunities, not just locally but overseas as well.