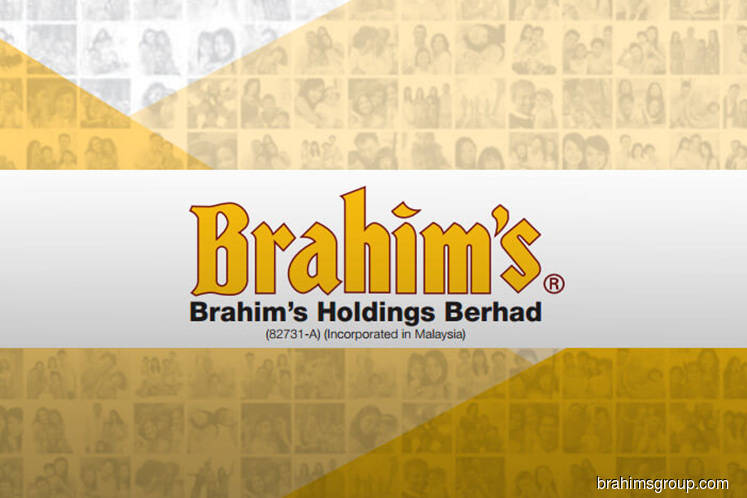 KUALA LUMPUR: Brahim’s Holdings Bhd, whose shares dived after it announced PricewaterhouseCoopers PLT (PwC) had voluntarily resigned as its external auditor with immediate effect, said yesterday PwC’s departure is partly due to Brahim’s board’s view that a change of auditors would be good for corporate governance.

“PwC has been Brahim’s SATS Food Services Sdn Bhd’s (BSFS) auditor for more than 15 years. BSFS contributes more than 90% of the group’s revenue. As part of an ongoing good corporate governance initiative, Brahim’s and BSFS’ boards viewed that it would be timely to effect a change of auditors.

“Changing auditors also enables the company to benefit from fresh perspectives and views of another professional audit firm, thus enhancing the value of the audit of the group. On Nov 21, 2019, BSFS, at its board of directors meeting, agreed to change auditors, subject to relevant formalities,” Brahim’s said in a filing with Bursa Malaysia.

It said PwC’s resignation, which it announced last Thursday, was after a mutual agreement between the parties based on the aforementioned, and that the board is actively pursuing the formalisation and implementation of a regularisation plan, aiming to exit its Practice Note 17 (PN17) status.

“The regularisation plan requires appointing reporting accountants to carry out in-depth financial review and reports. The board believes it would be expedient to have [it be] the same party as the company and the group’s auditor,” Brahim’s said.

It concluded the statement by assuring shareholders that changing auditors — Messrs Baker Tilly Monteiro Heng PLT replaces PwC as Brahim’s new auditor for the current financial year ending Dec 31, 2019 (FY19) — is in the ordinary course of business and in the company and the group’s best interest.

Brahim’s statement was issued in response to The Edge Malaysia’s weekly article entitled “Tell Investors Why” published in the Dec 16 to 22 issue, which noted that investors appeared spooked by PwC’s sudden resignation, given a steep fall in Brahim’s shares following the announcement.

Brahim’s shares closed at 21 sen apiece, down two sen from last Friday, with a market capitalisation of RM50.8 million.

The group has lost 24% or RM17.7 million in market capitalisation since it revealed PwC’s resignation last Thursday. At the time, it offered no reasons for the resignation, which came seven months after PwC’s reappointment as its auditor in the annual general meeting on May 4 for FY19.