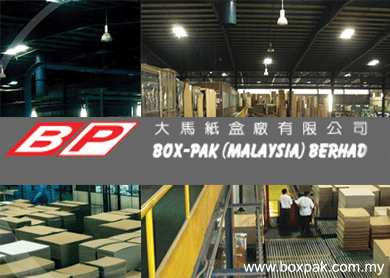 “This improvement was mainly contributed by increase in sales from the Ho Chi Minh plant and reductions in losses from the Hanoi and Johor (Malaysia) plants,” it said in a filing with Bursa Malaysia today.

The group said the strengthening of US dollar against regional currencies in 2015 poses a challenge for the group as some of the materials bought by the group are US dollar denominated.

“Competition in the carton industry in Malaysia and Vietnam has remained stiff and in order to maintain its market share, the group will need to constantly review its price structure,” said Box-Pak.

It added that the implementation of the goods and services tax in Malaysia in 2015 has an adverse cash flow impact to the group.

“Despite these challenges, the group will constantly review its market position and operational efficiency and continue to remain resilient and profitable in 2015,” said Box-Pak, adding that it  expects its Hanoi and Johor plants to turnaround by the second half of 2015.