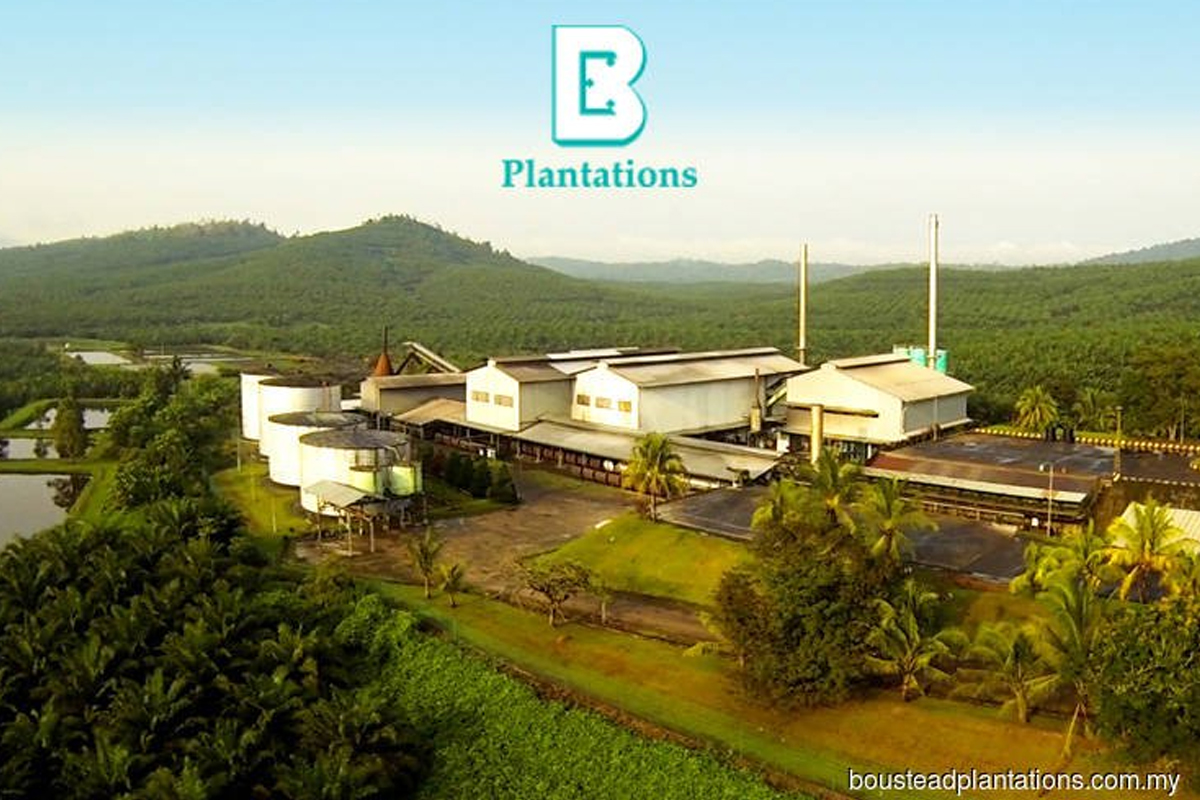 BOUSTEAD Plantations Bhd (BPlant), which has been selling its assets to reduce its debts, has put out a Request for Proposal (RFP) for all its assets in Sarawak.

It is learnt that the plantation group decided to open up the process to sell the assets instead of giving the mandate to a single investment bank to get the best price for all its assets in Sarawak, including the minority interest it holds in some entities.

There are at least three companies, including one that comes with a mill, in which BPlant holds 60% equity interest and the remaining 40% by other parties.

Sources say the reception towards the RFP has been mixed so far and not all the leading investment banks are participating in the exercise because of the difficulty in getting buyers.

“The plantation group needs to reach out to as many potential buyers as possible, hence the RFP exercise. But it is not easy to get buyers because, generally, plantations in Sarawak are low-yielding, owing to the soil conditions, and sometimes encounter blockade issues. It does not help when it comes to compliance with environmental, social and governance issues,” says a source.

BPlant has 10,300ha in Sarawak, located mainly in Tinjar and Sibu. The plantations are low-yielding, as 80% of the trees are more than 20 years old. The oil mill’s extraction rate is 19.1%, lower than the industry average of 19.9%.

BPlant previously said it was planning to dispose of its plantations in Sarawak because of the low yields and profits. Towards this end, the company, in response to a July report in The Edge, stated that it was always looking at ways to unlock the value of its assets to provide the best returns to shareholders. It also said the plan to extract maximum value for its plantations Sarawak was still at the preliminary stage and that the company had not engaged with any parties.

BPlant’s assets in Sarawak are spread over seven plantations acquired between 1994 and 1998. At historical prices, the plantations are booked at about RM57.3 million. The plantations have varying tenures, with the longest stretching up to 2091.

Generally, the value of plantations in Sarawak is lower than in Sabah and Peninsular Malaysia because of the lower FFB productivity. Also, owing to logistics problems, the quality of the fruit is compromised by the time it reaches the mill, and this affects the oil extraction rate.

The oil extraction rate of BPlant’s Sarawak plantations is only 19.1% compared with 21.3% and 21.4% in Sabah and Peninsular Malaysia respectively.

In last year’s annual report, BPlant stated that the group’s operations in Sarawak had experienced many issues, including native land disputes and the associated field blockades.

“Erratic weather conditions and labour shortages, coupled with difficult ground conditions in Sarawak, have also played a role in dampening crop production. Notwithstanding the above, the group is committed to engaging with the local committees to achieve an amicable solution,” it stated.

In recent months, there has been a flurry of corporate activities in the plantation sector, as crude palm oil prices have hit a record high of more than RM5,000 per tonne. The deals so far are largely confined to estates in Sabah.

The most notable recent transaction is Kuala Lumpur Kepong Bhd’s (KLK) takeover of IJM Plantations Bhd in a deal valued at RM2.7 billion. IJM Plantations’ assets are mainly in Sabah and Kalimantan.

Other transactions include TSH Resources Bhd’s disposal of two estates and a palm oil mill in Sabah for RM248 million to a Johor-based plantation group and IOI Corp Bhd’s acquisition of 4,627ha from NPC Resources Bhd for RM281 million. The IOI Corp deal with NPC has been called off.

The value of transactions generally vary with the size of the deal. The larger the plantations, the lower the average cost per hectare.

The aborted IOI Corp-NPC deal values the plantation assets at about RM61,000 per hectare, but it involves only 46,277ha and comes with mills.

In Sarawak, the last notable transaction was TH Plantations Bhd’s disposal of 6,513ha in Bintulu and Sibu for RM170 million to a state-owned entity. This translates into about RM26,000 per hectare. The company’s original cost of investment in the plantations was RM264 million in 2013.

BPlant has been disposing of assets to reduce its borrowings. Last month, it entered into an agreement to dispose of 664ha of plantation land in Johor that is ripe for development to YTL Corp Bhd’s SIPP Power Sdn Bhd. The bulk of the proceeds will be used to reduce its debt of RM1.3 billion.

At the group level, Boustead is sitting on RM7 billion worth of debts, about half of which are short-term.