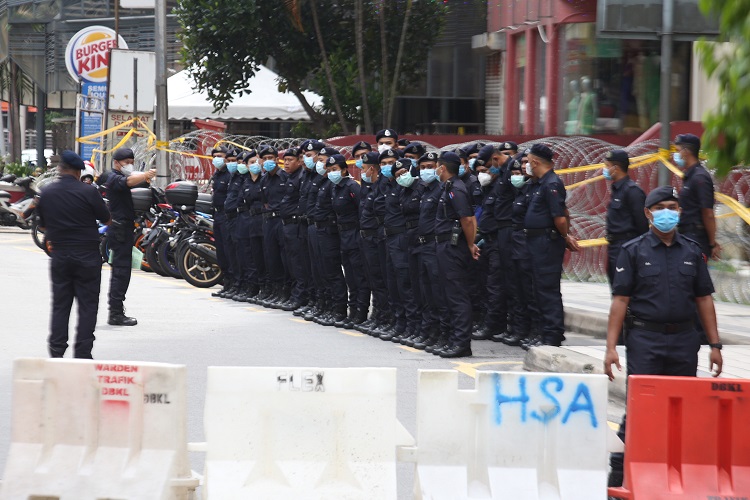 KUALA LUMPUR (April 16): During this period of lockdown in the fight against Covid-19, border security is crucial to safeguard lives as well as businesses, according to the international law enforcement consultant and founder of the Illicit Tobacco Strike Team of the Australian Border Force, Rohan Pike.

“The Malaysian prime minister’s instructions to the heads of all relevant enforcement agencies, from the Royal Malaysian Police to the Immigration Department as well as the Malaysian Armed Forces, to tighten border security is definitely a step in the right direction,” he said in a statement today.

“Advance technologies such as drones, state-of-the-art scanners and CCTVs can also be deployed at suspected entry points,” he said, adding that goods coming through ports and expressways must also be checked thoroughly.

“Now is the time for a rededication of efforts to strengthen Malaysia’s borders to prevent unwanted visitors and products coming into the country during these times,” Pike noted.

Recently, Prime Minister Tan Sri Muhyiddin Yassin had said that Malaysian borders are filled with numerous “rat lanes” that allow illegal or undocumented travellers from other countries to penetrate Malaysia and potentially bring the Covid-19 virus with them.

“As a law enforcement consultant, I strongly believe that a porous border not only threatens a country’s national security and citizens’ health but also harms the economy through the proliferation of illicit trade,” Pike said.

If border security is not tightened, the prevalence of illicit cigarettes in Malaysia will become more entrenched after the Movement Control Order (MCO) period that it would be next to impossible to dislodge, he cautioned, saying that this will be detrimental to the country socio-economically.

“The government’s losses in uncollected tax revenue due to illicit cigarettes, which now stands at RM5 billion a year, will also widen even further,” he added.

In a recent report by the Retail Trade and Brand Advocacy (RTBA), for which Pike is an illicit trade advisor in the business crime prevention advocacy group, showed that the illicit trade in cigarettes continues to cause substantial revenue loss for governments and legitimate businesses in the Asia-Pacific region.

“Clearly, the impact of illicit trade in cigarettes alone has caused significant losses to economies and the prevalence of this problem stems from the inadequate border security across countries within the region,” he said, adding that according to estimates, more than 50% of illicit cigarettes in Malaysia come through the ports and ‘rat lanes'," he said.