Books to get you through the age of uncertainty 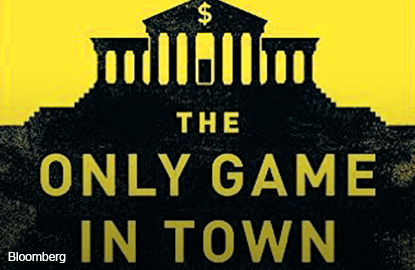 THE global economy is not just unusually fluid, it also is being jolted: from above, by economic uncertainties, domestic political polarisation and geopolitical threats; and from below by disruptive technologies in an ever-expanding number of industries.

That is the theme of my latest book, The Only Game in Town: Central Banks, Instability and Avoiding the Next Collapse, which is scheduled to be published on Jan 26. It assesses, from the perspective of central banks, where we are and where we are going, as well as the outlook for the global economy and markets.

These unusual bottom-up and top-down forces, some quite controversial, also have been explored in several works that captured my interest in 2015.

On economics and policy, former Federal Reserve chairman Ben Bernanke’s The Courage to Act: A Memoir of a Crisis and Its Aftermath is instructive in detailing the traumatic global financial crisis and its effects. It also reminds us why the economic and financial path ahead is so “unusually uncertain.” Most critically, Bernanke’s book reflects the elusive quest for higher and more inclusive growth in the global economy.

In addition, domestic political systems are finding it difficult to respond to the mounting list of challenges, and the related evidence of popular discontent, the emergence of protest and anti-establishment movements and pressures on social cohesion.

These concerns — and the need for an appropriate, more comprehensive policy response — run through Martin Ford’s analysis in Rise of the Robots. Many will not agree with his policy prescriptions, but it is hard to ignore his arguments about the consequential structural shifts to the things we do and the way we do them brought about by automation.

Should you have any doubt about the potential power of disruptors, especially during this phase of great technological advancement and individual empowerment, Stephen Witt’s How Music Got Free is a must-read. It flows like a captivating novel, taking the reader through the historic upending of the music industry via a grass-roots revolution triggered in a most unlikely manner.

Having worked in finance, I feel compelled to list a book that takes a refreshing, and far from comforting, look at the industry. In Other People’s Money: The Real Business of Finance, John Kay pushes us to question how the industry has approached and performed its basic function of intermediating savings and other loanable funds to productive activities.

The combined message of these books is a pervasive fluidity that makes the path ahead unusually uncertain. This state of affairs will challenge decision-making in companies, governments and households.

Our understanding of this shifting terrain is complemented by two books on behavioural economics written by the giants in the field: Phishing for Phools, by George Akerlof and Robert J Shiller, and Misbehaving by Richard Thaler.

Both remind us of the challenges to the “rational” responses that are modelled in many conventional theories and still dominate the mindset of too many leaders in both the public and private sectors. And they highlight why we should work harder to reduce the risk of inadequate decision-making, especially in this highly fluid context.

Poor decisions, and by people who should have known better, played an important role in undermining Blackberry. Losing the Signal, by Jacquie McNish and Sean Silcoff, tells the story of the company’s fall from a dominant position that also provided a virtual definition and naming of the sector. This once high-flying company fell victim to a series of internal corporate conflicts and stunningly poor individual and collective responses.

Research and personal experience have made me a huge believer in the power of cognitive diversity. Yet, as a society and as individuals, we continue to undermine the type of inclusiveness — of gender, race and culture — that is needed and attainable.

Slaughter provides a compelling narrative of the what, why and so what of foregone opportunities. She also supplies possible solutions that are relevant not just to policymakers and business leaders, but also to parents looking to level the playing field for the next generations. — Bloomberg View