Book Review: Manipulating dating algorithms to find ‘the one’ 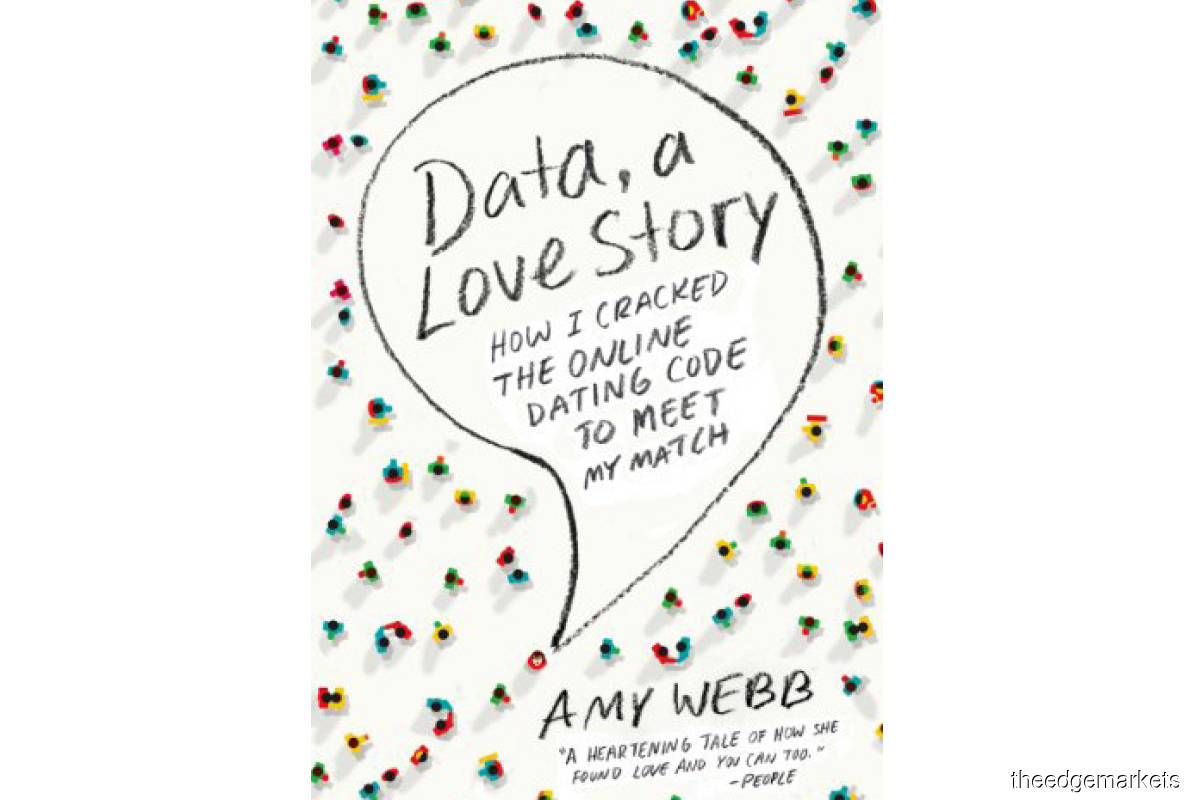 Fun, emotional and insightful, Data, a Love Story: How I Cracked the Online Dating Code to Meet My Match is a non-fiction story set in the 2000s that follows the author — tech journalist Amy Webb — as she struggles to find her soulmate. From meeting guys in social settings to matching with potential dates on online dating sites, Webb went through an emotionally stressful ordeal navigating her dating life.

To label her as jaded would be an understatement. Webb’s patience and optimism for online dating were pushed to the limits as she went on one bad date after another. Webb joined all the dating sites that were available at the time and specifically zoned in on JDate.com, a Jewish dating site. Here, she met a slew of incompatible matches, from a guy who constantly high-fived to one who did not pay (or even split the bill) on dates.

But she was pushed over the edge when she was matched with a fellow journalist who seemed to tick all the right boxes … until it was revealed that he was temporarily separated from his wife. That night, Webb psychoanalysed the situation — from the match to the date — and concluded that the algorithms on dating sites were flawed.

“For many of us, finding and meeting people isn’t our biggest obstacle to long-term-relationship happiness. Yet, historically, that’s the problem that humankind has attempted to solve,” observes Webb.

Considering her ordeal, she hypothesised that creating the perfect algorithm for people to find their perfect matches may not be the goal of dating sites, as they want people to keep coming back to generate revenue.

After the night of the date with the married man, Webb took matters into her own hands. First, she made a brutally honest list of attributes she wanted in her future husband and assigned each attribute a score. She then set up 10 male profiles on JDate.com to study the women who were on the site, from how they looked to what they wrote in their profile bios. There was a common denominator that attracted most men on the site and she needed to know what it was.

After a month of research, gathering all the data she needed, she registered a “super profile” of herself on the platform. This included rewriting her bio (which was formerly just a copy and paste of her résumé) and uploading new, fresh and fun photos of herself.

She went through a personal transformation as well, taking better care of herself by eating well, going to the gym and dressing better to feel good about herself. Confidence was key, too, she discovered, and she needed to build it to find her partner.

Her intentions were constantly questioned, however, with her family saying she was being too picky with her choices when using her algorithm, which acted as a means to eliminate subpar matches on the website. By the end of the book, Webb proves that there is no shame in being too picky, as one should never settle for any man.

This is a book for those who are currently dating online or considering it, as it will make you not only take a deeper look at what you want in your partner, but also at yourself and understand your wants and needs.

In many ways, I could relate to her frustrations throughout the book. Although I have retired from swiping right and left, I found myself reflecting on my online dating journey, scrutinising the things I should have done differently.

The book explores pragmatic approaches to finding the right partner, the ability to be honest with ourselves about what we want from a relationship as well as being unabashed when seeking out details and qualities we want in the people we meet. And when Webb says to be “detailed”, she means going right down to the granular factors: “Mac person preferred over PC” and “Must not like Cats (the musical, not the animal)” should be in the list.

Webb’s personality is greatly showcased throughout the book as well, detailing her taste in music, her passion for her job and her love for her family. She interacts with her sister and parents via email after each date, giving them the details of what worked and what did not.

Her go-to person, however, is her sister Hilary, who constantly encourages Webb, even if she is in the middle of a social event. The pair relied on each other a lot, given that their mother was undergoing cancer treatment while she was writing the book. We also get a glimpse of her extended family, who are eagerly waiting for news of Webb’s love life.

The book has a happy ending, as she does end up meeting the love of her life, but the amount of detail, time and effort put in by Webb to develop her personal algorithm is impressive. I wish I had read this book when I ventured into the online dating world.