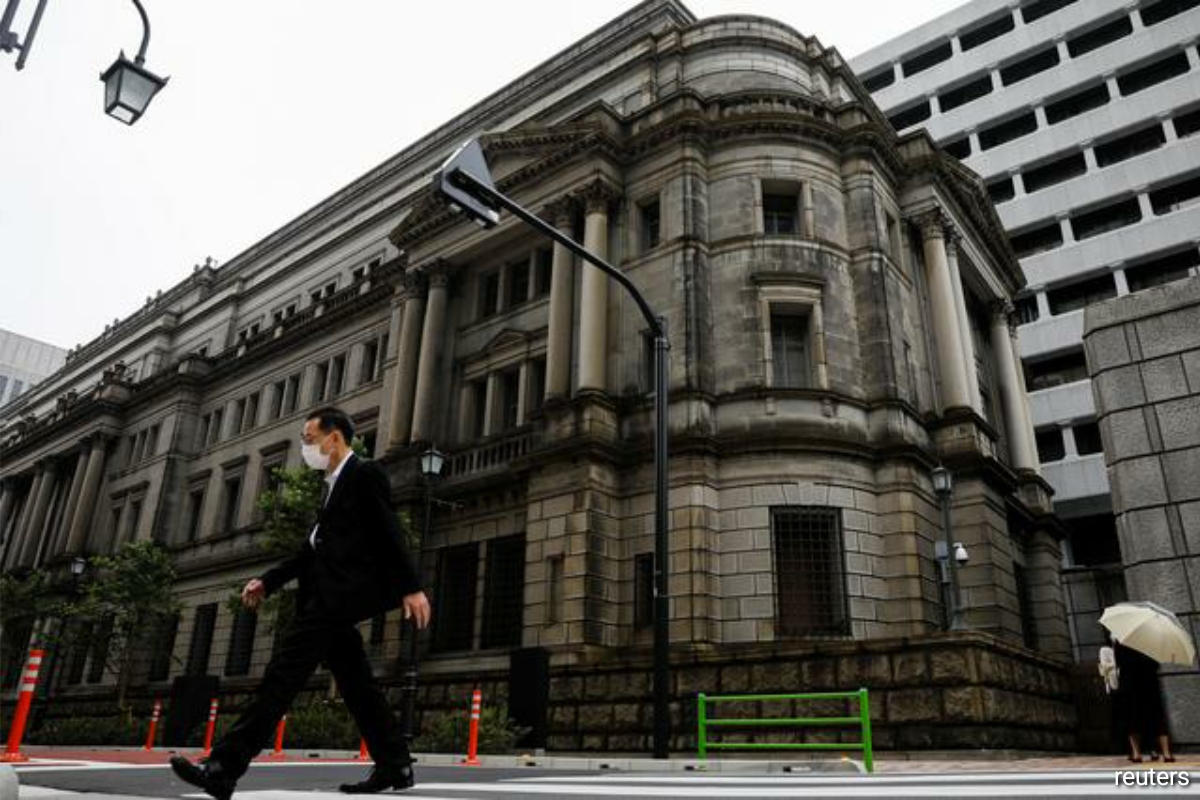 TOKYO (Jan 19): The Bank of Japan will likely focus on measures to make its purchases of risky assets, such as exchange-traded funds (ETF), more flexible as the economy comes under growing strain from a spike in COVID-19 infections, a Reuters poll found.

Analysts polled also revised down their economic projection for the fiscal year ending in March on expectations a recent resurgence of coronavirus infections would dent growth.

Economic activity could stall in the world’s third-largest economy from pandemic curbs and the BOJ may have to look at more effective ways to achieve its 2% inflation target as renewed infections force it to maintain its massive stimulus longer, analysts said.

The central bank said last month it would undergo an examination of its yield curve control and quantitative easing policies to seek ways to make them more “effective and sustainable”. Its findings will be released in March while new GDP estimates will be issued at its Jan. 20-21 policy meeting.

“The BOJ may be thinking of correcting distortions caused by its policy that could become an obstacle for maintaining its current framework through Governor (Haruhiko) Kuroda’s term that ends in early 2023,” said Izuru Kato, chief economist at Totan Research.

Asked what steps the BOJ would take when the central bank unveils its findings in March, 31 economists said the central bank would “make its ETF, J-REIT buying more flexible,” the poll conducted between Jan. 7-18 showed.

Eight analysts said the BOJ would revise its three-tiered deposit rate system that applies negative interest rates only to marginal excess bank reserves and two said the central bank would change the 10-year bond yield target to other durations.

The central bank will discuss ways to scale back a controversial programme that buys massive amounts of exchange traded funds without stoking market fears of a full-fledged retreat from ultra-loose policy, sources have told Reuters.

Japan expanded a state of emergency it declared for the Tokyo area earlier this month to seven more prefectures last Wednesday amid a steady rise in COVID-19 cases.

Many analysts expect the latest measures to inflict less damage to the economy than the stricter and broader curbs imposed in April and May last year.

In the poll, taken before the government’s decision to expand the state of emergency beyond the Tokyo area, analysts expected the economy to contract 2.4% in January-March. The poll had predicted a 2.1% expansion in December.

For the current fiscal year ending in March, the economy was forecast to shrink 5.5%, the poll found, slightly weaker than a 5.3% contraction projected last month.

The economy was expected to expand 3.3% in the fiscal year beginning in April, starting with 4.1% growth in the April-June quarter, the poll showed.

“Restrictions under the renewed emergency status are relatively moderate, so it could take a long time for infection numbers to fall,” said Hiroshi Namioka, strategist and fund manager at T&D Asset Management. “Downward pressure on prices could strengthen.”

Economists were split on which direction the BOJ will move when it next changes policy.

Twenty-one of 39 analysts forecast the BOJ would scale down stimulus, while 18 said it would ramp up monetary support.

Sources have told Reuters the BOJ was likely to slightly revise up next fiscal year’s economic forecast and hold off on expanding stimulus at its Jan. 20-21 policy meeting.