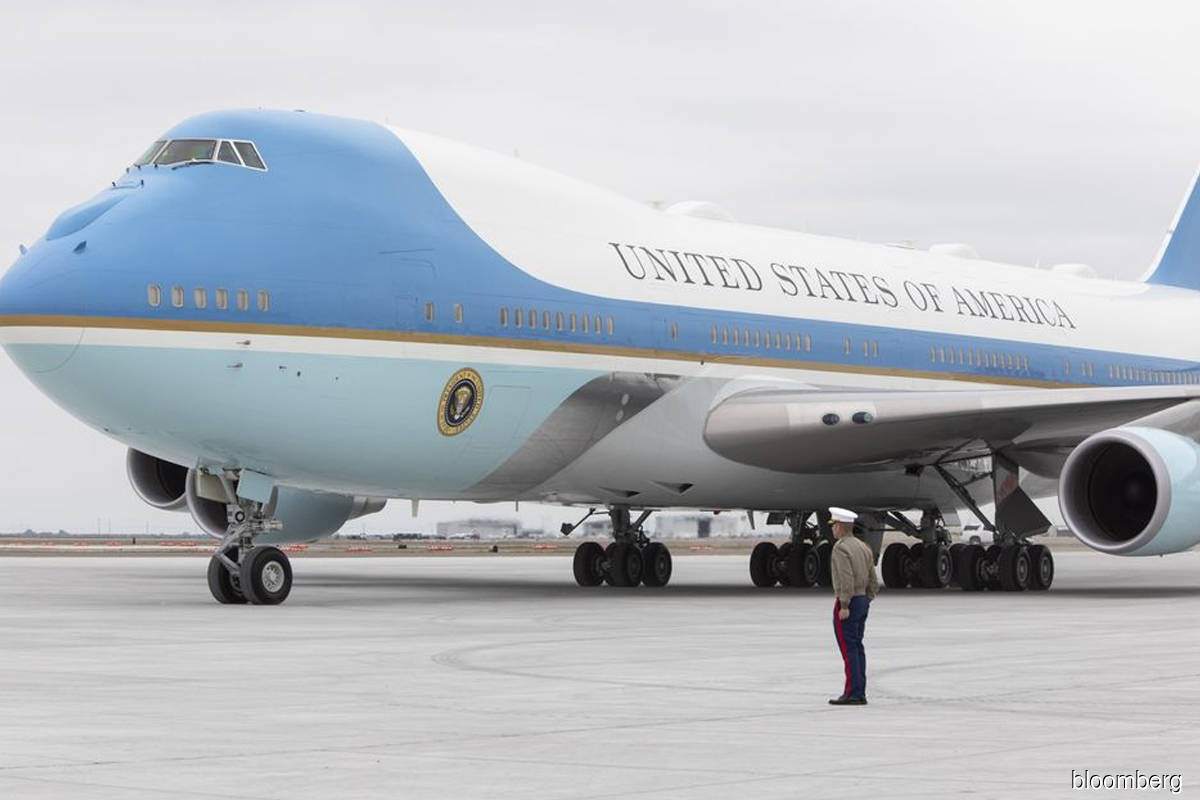 (April 9): Boeing Co. sued a Texas-based company that it says failed to fulfill a contract to design the interiors of replacement planes for Air Force One jets that transport U.S. presidents.

Chicago-based Boeing, which was hired by the U.S. Air Force in 2018 to build two 747-8 aircraft to replace the existing Air Force One models, said it had no choice but to cancel its contracts with GDC Technics LLC for work on current and future government executive aircraft “due to their insolvency and failure to meet our contractual obligations.”

While GDC Technics was about a year behind schedule in installing interior equipment to the 747-8 jets, it’s still possible that the program will meet its schedule, Deborah VanNierop, a Boeing representative, said by phone.

Boeing plans to either shift the work assigned to GDC to new suppliers or take it in-house, VanNierop said. The planemaker is deep into the modification phase for the so-called VC-25B program, retrofitting the new jumbo jets with a medical facility, executive suite, electrical power upgrades, special communications system and other systems. The work is being done at a Boeing maintenance base in San Antonio, Texas.

“GDC’s failures have resulted in millions of dollars in damages to Boeing and threaten to jeopardize work that is of critical importance to the USAF and the President of the United States,” the aircraft maker said in the complaint.

Then-President Donald Trump struck a US$3.9 billion deal with Boeing in 2018 to acquire and retrofit two jets into the flying fortresses that have long served U.S. presidents. The pact set the stage for a modernized Air Force One program after Trump criticized its cost, threatened to cancel the order and later boasted of pushing Boeing to reduce the cost.

The Air Force said it saved some money when the former president reached a deal with the planemaker for two already built 747 jumbo jets to serve as Air Force One, taking advantage of an unusual limited-time discount on planes once bound for a defunct Russian airline.

The planes will be outfitted with dual auxiliary power units, rather than the one electrical power system standard for commercial jets, along with a complex communications system, work and rest quarters for the first family, elevators to ease boarding, self-defense capabilities and other features, according to budget documents.

Jacqueline Martinez, GDC’s director of marketing & design, declined to comment on the suit.