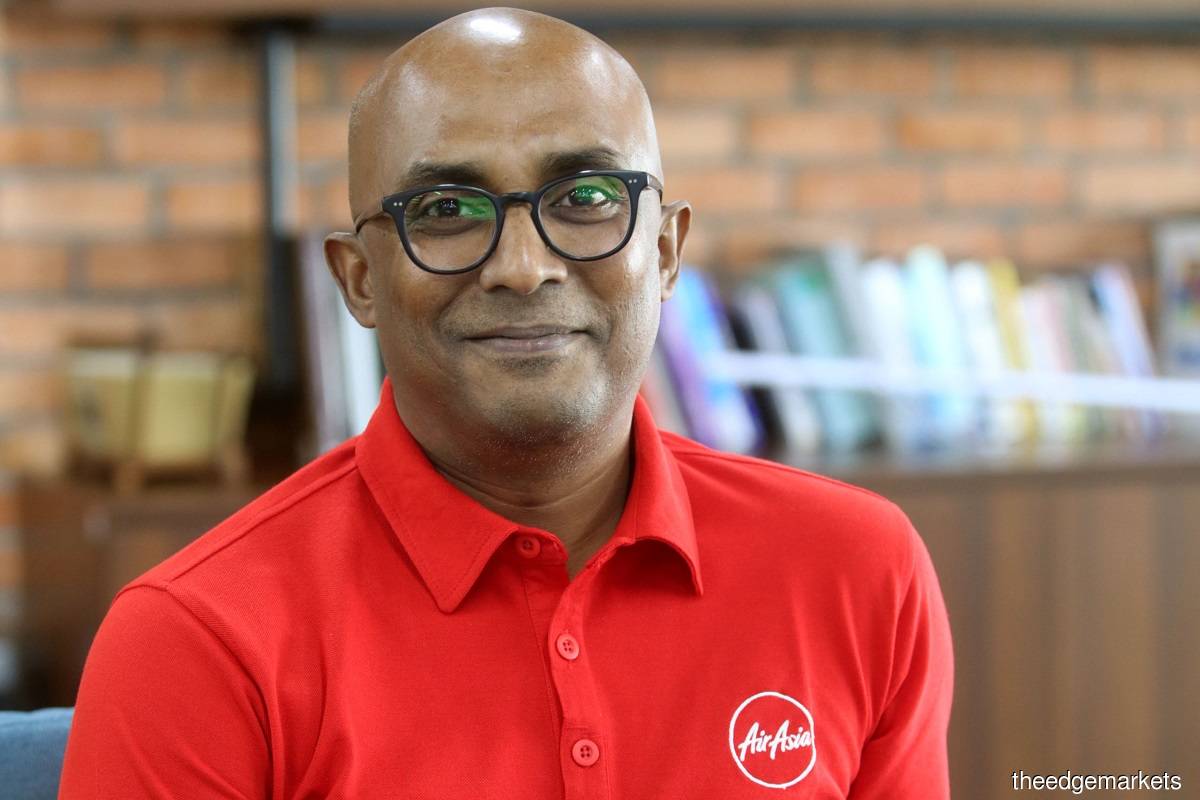 KUALA LUMPUR (Oct 14): AirAsia Group Bhd's renamed 100%-owned subsidiary AirAsia Aviation Ltd is expected to pave the way for new airline ventures to be formed in due course by the budget airline as the global aviation sector anticipates a Covid-19 vaccine-driven V-shaped rebound in air travel in the near future, according to AirAsia Aviation group chief executive officer (CEO) Bo Lingam.

Bo said in AirAsia Group's statement on Thursday that AirAsia Group has also established a new division known as AirAsia Consulting, which is tasked to review new airline partnerships and franchise opportunities.

"We have spent the past 18 months reviewing every aspect of the operation to ensure that our airlines will return stronger than ever before. The world is finally opening up and we foresee a V-shaped rebound in air travel in the near future.

"In Malaysia, we are already seeing huge pent-up demand for air travel since the government's recent announcement of the resumption of interstate travel on Oct 11.

"We are operating over 60 daily flights to 16 key leisure destinations and more frequencies and routes will continue to be added in response to significant consumer demand," he said.

In the statement, AirAsia Group said the company has renamed its 100%-owned subsidiary AirAsia Investment Ltd to AirAsia Aviation in a corporate reorganisation to create a clear distinction between AirAsia Group's airline and digital businesses.

Bo said progress is also underway at AirAsia Group's other airlines in Thailand, Indonesia and the Philippines as services are resuming in line with accelerated Covid-19 vaccination rates and the easing of travel restrictions in the group's key markets.

"We look forward to the opening of international borders as the next key milestone," said Bo, who indicated that AirAsia Group will continue to review new markets including Cambodia to operate from in the future.