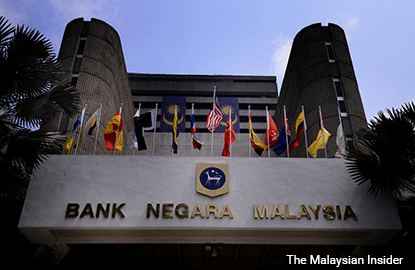 Cheng said Bank Negara has been on the bat for migration to e-payments, as it was a `low-hanging’ fruit to boost gross national income (GNI).

It meant Malaysians were up for watershed years, as Bank Negara reined in hard on deadlines for the payment system industry, for compliance such as Chip and Pin read by 2017 and contactless feature live by 2018.

“Reducing dependence on cash to 63% (from current estimated 91%) is expected to enhance GNI by RM2.6 billion and create 8,000 additional jobs.

“The impact to the greater economy is estimated at 1% to 1.5% of total gross domestic product,” she reiterated, which was one of factors shown in the entry point projects under the Economic Transformation Programme study by Finance Ministry in 2011.

Meanwhile, Cheng said third party acquirers (TPAs) are the `quintessential sidekick’ in the payment industry, as demands for higher capacity of electronic transactions, card uptakes and new functionalities make it increasingly difficult for the banks to keep up.

“While the banks are focused on top-tiered merchants (defined as annual turnover exceeding RM12 million), the lower-tiered merchants are the dark horses to root for, as 90% of businesses lie within these segments,” she said.

In that instance, she finds GHL Systems Bhd to record a three-year earnings CAGR fo 55%, driven by monthly merchant acquisition rate ramp up.

Datasonic Group Bhd would benefit from card re-issuance during the transition period, from chip-and-sign cards to chip-and-pin cards, she said.

Datasonic remained unchanged at RM1.30, with 251,200 shares exchanging hands, for a market capitalisation of RM1.76 billion.