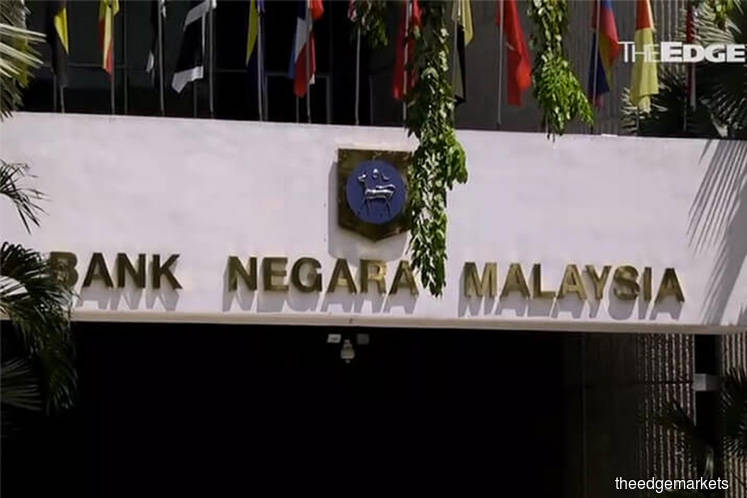 KUALA LUMPUR (July 3): Malaysia's central bank is expected to cut interest rates to a historic low next week, according to a slim majority in a Reuters poll, as it seeks to protect Southeast Asia's third largest economy from the fallout of the coronavirus pandemic.

Bank Negara Malaysia (BNM) will cut its overnight policy rate by at least 25 basis points (bps) to 1.75%, according to seven out of the 12 economists polled, with two of them betting on a bigger 50 bps rate reduction.

The remaining five economists expected interest rates to stay at 2.00%, already a record low, after three consecutive rate reductions in as many meetings this year.

Alex Holmes, Asia economist for Capital Economics, was one of the analysts who forecast a bigger move in the upcoming meeting.

"Given the poor outlook for growth and deeply negative inflation, we suspect the BNM will make use of its policy space and opt for a 50bp cut," he said.

Malaysia began easing some lockdown measures imposed to contain the spread of the coronavirus in May. After growing just 0.7% in the first quarter, BNM said Malaysia is in an "unprecedented economic crisis" and was poised for a contraction in April-June.

The consumer price index fell 2.9% in May from a year earlier, as the economy grappled with subdued consumption for a third straight month.

The government in March rolled out a RM260 billion stimulus package to offset a sharp slowdown in domestic economic activity, and steep declines in tourism and demand for its commodities such as palm oil, crude oil and natural gas.