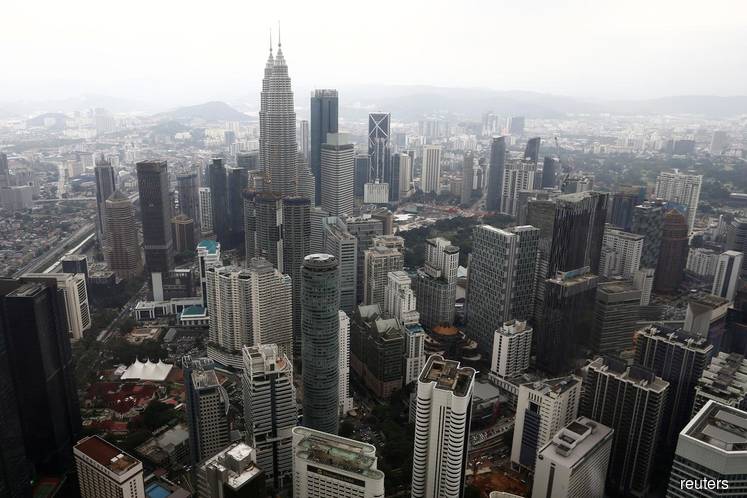 In a statement today, BNM said the country's economic growth was however affected by supply disruptions in the commodities sector.

On the supply side, the central bank said the services and manufacturing sectors grew 6.1% and 3% respectively from a year earlier while the construction industry expanded 1%.

The agriculture and mining sectors, however, contracted 5.7% and 2.5% respectively, it said.

Going into 2020, economic growth, particularly in 1Q20, will be affected by the outbreak of the novel coronavirus (Covid-19), BNM said.

It said the overall impact of the outbreak on the Malaysian economy will, however, depend on the duration and spread of the outbreak as well as policy responses by authorities.

"For the year as a whole, growth will be supported by household spending, the realisation of approved private investment projects in recent periods, and higher public sector capital spending.

"Nevertheless, there are downside risks to growth. These include uncertainties in external conditions arising from the ongoing coronavirus outbreak, the various trade negotiations and geopolitical risks, as well as domestic factors, including weakness in the commodities sector and delays in project implementation. Thus, two-way capital flows and exchange rate volatility should be expected," the central bank said.

Headline inflation in 2020 is projected to average higher than 2019 figure, but remain modest.

BNM said the trajectory of headline inflation will be dependent on global oil and commodity price developments and the timing of the lifting of the domestic retail fuel price ceilings.

"Underlying inflation is expected to be broadly stable, reflecting the continued expansion in economic activity and the absence of strong demand pressures," it said.