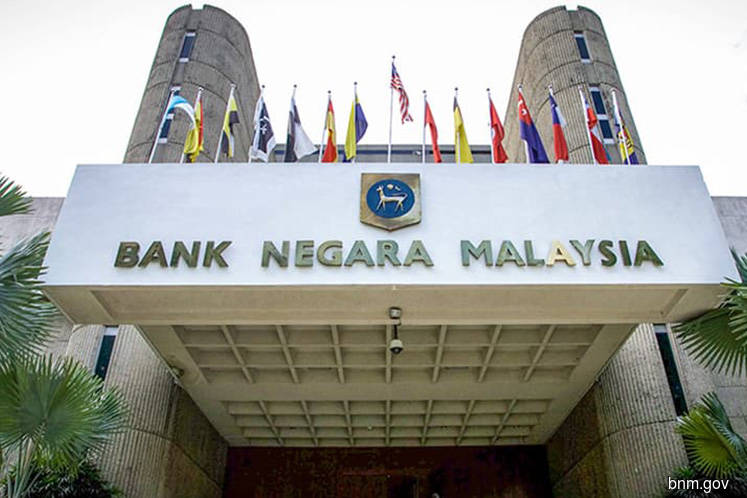 KUALA LUMPUR: As widely expected, Bank Negara Malaysia (BNM) kept the overnight policy rate (OPR) at 3.25% when its Monetary Policy Committee (MPC) met yesterday. The central bank, in a statement, said it expects Malaysia’s economic growth to continue in 2019 with support from private sector spending, while inflation would remain low in the immediate term.

BNM also sees stable labour market conditions and capacity expansion in key sectors to continue driving household and capital spending, though support from the external sector is expected to soften in tandem with a moderating global growth momentum.

UOB Malaysia senior economist Julia Goh noted while BNM kept its neutral statement that “at the current level of OPR, the degree of accommodativeness is consistent with the intended policy stance”, the overall tone is particularly cautious on downside risks to growth. She expects BNM to take any pre-emptive action if needed.

In its statement, BNM said “recognising that there are downside risks in the economic and financial environment, the MPC will continue monitoring and assessing the balance of risks surrounding the outlook for domestic growth and inflation”.

Globally, BNM said the growth momentum is showing signs of moderation amid slowing growth in most major advanced and emerging economies.

“We expect two more US Fed (Federal Reserve) rate hikes later this year [in June and December],” Goh wrote in a note. “Thus, our foreign exchange forecasts are tilted towards a moderate US dollar strength. We continue to expect the ringgit to be locked in between 4.05 and 4.10 to the dollar over the near term.”

MIDF Research is maintaining its view that the OPR will remain unchanged at 3.25% this year.The research house, in a note to clients, said a change in monetary stance is not required for now in line with the low core inflation rate as it would affect the domestic growth trajectory.

BNM said inflation is expected to remain low in the immediate term mainly due to policy measures including a lower price ceiling on domestic retail fuel prices until mid-2019, and the impact of the changes in consumption tax policy on headline inflation.

MIDF Research said for 2019, it foresees the headline inflation rate to average at 2.2% compared with 1% in 2018 due to lower base effects. “We anticipate inflationary pressure mainly from fuel-related items to increase,” it said.