BNM to extend observation period for NSFR to 2020 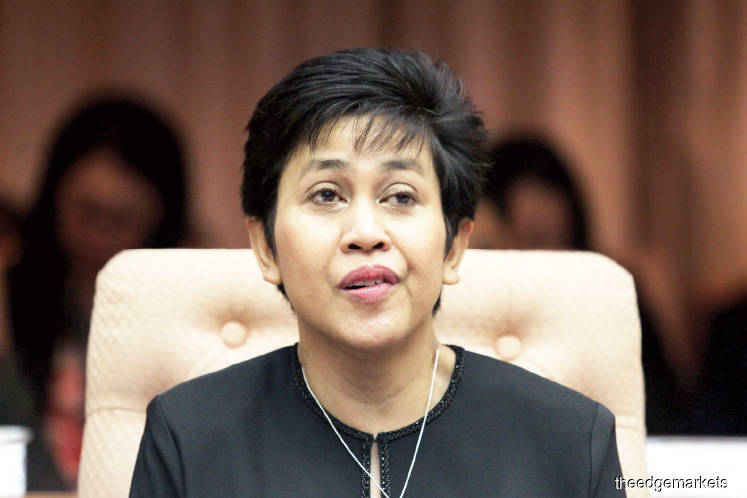 KUALA LUMPUR: The net stable funding ratio (NSFR) that Bank Negara Malaysia (BNM) previously intended to implement at the earliest on Jan 1, 2019 would likely be implemented a year later instead.

The central bank intends to extend the observation period for the new liquidity standard for another year to 2020, said BNM governor Datuk Nor Shamsiah Mohd Yunus in her speech at the BNM’s Financial Stability Conference here yesterday.

“This takes into account the bank’s intention to conduct further on-site assessments to validate the maturity and robustness of the liquidity and funding practices of banks, and uneven progress in implementation at the global level,” said Nor Shamsiah.

Published by the Basel Committee for Banking Supervision, the NSFR is part of the Basel III regulatory reforms.

The NSFR is a liquidity standard that seeks to measure the proportion of a bank’s long-term assets that are funded by long-term stable funding. Hence, it requires banks to maintain a stable funding in relation to the composition of their assets and off-balance sheet activities.

The governor stressed that the central bank is committed to implementing the NSFR requirements as part of overall liquidity standards applicable to licensed banks in Malaysia.

“At present, all banks maintain adequate liquidity buffers against short-term liquidity stress, and the vast majority of banks already report NSFR levels above the minimum 100% based on observation data,” she said.

Still, the deferment has prompted many to ponder whether certain Malaysian banks are facing tight liquidity issues, although not at an alarming level.

“I wouldn’t say there is a shortage of liquidity for [the] banking system as a whole, but there are times when certain banks [are] having ample of liquidity while some [are] facing shortage.

“There is not a whole lot of liquidity surplus, and the growth of liquidity is very slow. But we could not think of any major threat or shift in liquidity going on in the banking system,” he said.

Another bank-backed analyst commented that he does not foresee major liquidity pressure in the near term.

“We don’t think there is a liquidity crunch in the country. Most of the banks’ liquidity coverage ratios are above 100%. Yes, loan-to-deposit ratios are above 90%, but there is no major capital outflow. Money is still circulating in the system, plus loan growth is slowing,” said the analyst.

“Based on the governor’s statement today (yesterday), most of the banks are already compliant with [the] NSFR. We can only guess why the central bank decided to defer the implementation, [as] they have more information than us,” he added.