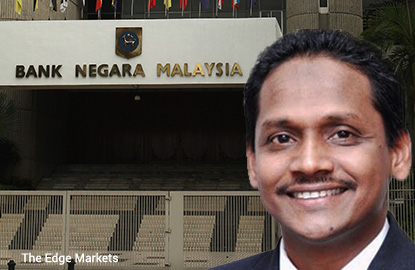 In a statement today, BNM said deputy governor Abdul Rasheed will be responsible for the financial sector's regulation and development.

Abdul Rasheed has served at the International Monetary Fund (IMF), Washington D.C. as the alternate executive director of the South East Asia voting group on the IMF executive board.

Abdul Rasheed joined BNM in 1988 and holds a Bachelor Degree in Economics from University of Malaya.