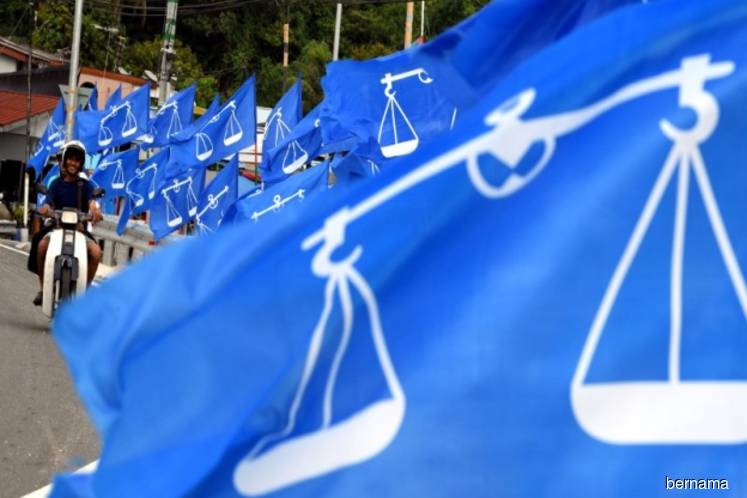 KUALA LUMPUR (Sept 24): Barisan Nasional has decided to boycott the Port Dickson by-election, according to BN chairman Ahmad Zahid Hamidi. Ahmad Zahid made this announcement after chairing the Umno political bureau meeting here today, Malaysiakini reported. Zahid said the decision to boycutt the by-election was made after consultations with its coalition partners MCA and MIC. On whether BN would support PAS, if PAS decides to contest, Zahid said this has not been decided yet. "We haven't talked about

The UMNO president said the decision was taken after consultations with BN component parties MCA and MIC.

He said the action was taken because the BN felt the seat was vacated just to fulfill the political ambitions of PKR  president-elect Datuk Seri Anwar Ibrahim.

“A by-election is (normally) called to realise the meaning of democracy to fill a seat when the incumbent dies, so of course we would want to see the democratic process take its course. But if a seat becomes vacant not because of death, the BN must consider this,” he told a press conference after chairing UMNO’s Political Bureau meeting at  Menara Dato’ Onn here today.

Ahmad Zahid also said that the allocation for the by-election should instead be channelled to the people in view of the Government saying it was facing financial constraints.

Asked if UMNO would help PAS if it fielded a candidate, Ahmad Zahid said both parties have not had any final  discussions on this.

“We have not finalised this but our cooperation is based on a case-to -case basis and event-to-event basis like in the Sungai Kandis and Seri Setia by-elections,” he said.

He said that the party also would not support independent candidates in the by-election.

Nomination is this Saturday and polling is on Oct 13.

Meanwhile. commenting on MCA president  Datuk Seri Liow Tiong Lai’s objection to UMNO cooperating with PAS, he said it was cooperation between Opposition parties and not to form an alliance.