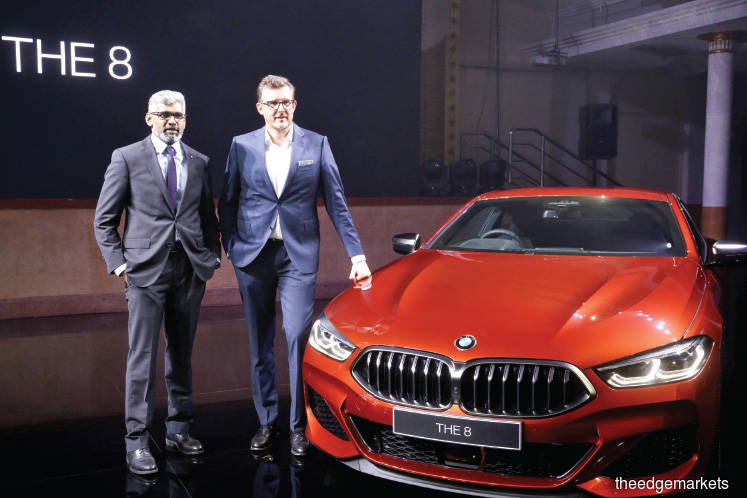 KUALA LUMPUR: BMW Group Malaysia revved into the new year with the launch of The 8, a luxury sports coupe unveiled 30 years after its 8 series was first introduced.

As the group embarks on an “offensive” sales strategy this year, it has already secured 10 pre-bookings for the M850i xDrive Coupe, said Sashi Ambi, head of corporate communications of BMW Group Malaysia.

The carmaker expects to sell 20 units of the luxury model per annum, Sashi told The Edge Financial Daily on the sidelines of the coupe’s launch yesterday evening.

This comes ahead of several more vehicle launches this year, including another launch in its luxury car segment as well as several motorcycles, he said.

The car, developed on the race track, is the first model to include an electronic drive-by-wire throttle, dynamic stability control and integral active steering.

“Three decades on, we have taken the future-looking legacy of the BMW 8 Series and we are bringing this luxurious sports coupe into the modern era to set standards for the future,” said Harald Hoelzl, managing director of BMW Group Malaysia.