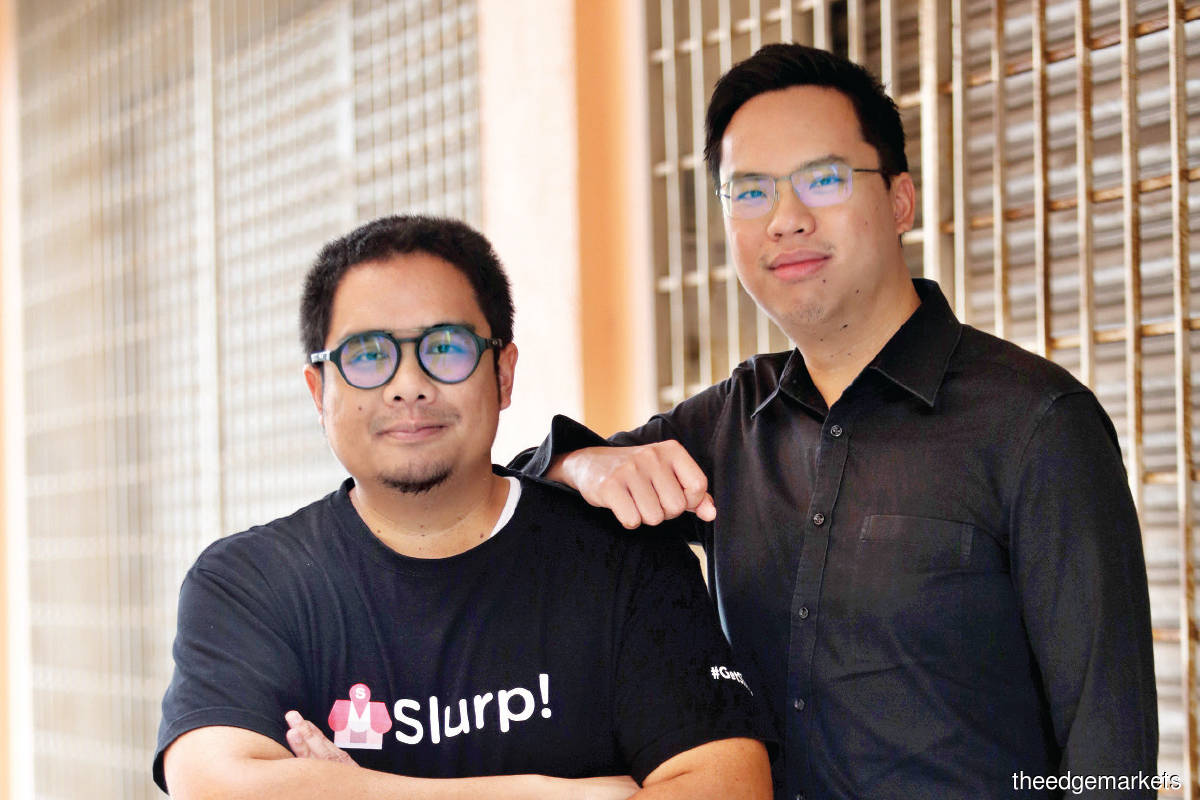 "We might not have the polish of a top foreign consulting firm and we may not speak with a good accent, but we can deliver and we are much more agile.” Reza (left) with Tam (Photo by Sam Fong/The Edge

Many businesses were adversely affected by the first Movement Control Order (MCO) implemented on March 18. More than 4,000 companies had been shut down as at July, according to official statistics.

However, there is a local start-up that has not only survived the impact of the Covid-19 pandemic, but also seen a massive surge in profits.

Last year, the company was in the black with about RM529,000 in profits but is now on track to make RM4.5 million in profits by the end of the year — a whopping 750% increase.

Reza, who is also CEO of the company, tells Digital Edge that almost half the profits generated this year were owing to a sharp increase in subscriptions from the F&B retail segment, thanks to the aggressive nationwide digitisation measures promoted by the government.

“Most retailers are currently using on-premise POS systems with legacy architecture. Because these solutions were built in the late 1990s and early 2000s, their user interfaces are somewhat clunky and were not built for the mobile app generation,” he says.

“Because these solutions are not cloud-based, retailers do not have access to many features such as data analytics and real-time data. None of these were available during the early days, not even the ability to calculate taxes automatically.”

Reza adds that many F&B retailers took the opportunity to upgrade their POS systems during the MCO through government digitisation grants under the National Economic Recovery Plan (Penjana).

Although the MCO has been good for business, Slurp has not been able to escape the negative economic impact of the pandemic entirely. Reza explains that the company offered customers a free three-month cloud subscription service during the MCO period, which made a large dent in its finances.

It also provided many services for free, such as loyalty programmes and food delivery management, to help customers remain competitive. However, the move has paid off as its subscription renewal rate is now the highest ever recorded.

According to Reza, the other half of the profits generated this year mainly stems from Slurp’s contract with Petronas, which has been looking to upgrade its POS system for the longest time. “One aspect that I like about Petronas is that it has the spirit of supporting local businesses. Our employees are 100% Malaysian and the solution is home-grown while many other solution providers are foreign.”

The company has installed its proprietary cloud-based POS system at more than 500 of Petronas’ 1,100 petrol stations nationwide.

“We might not have the polish of a top foreign consulting firm and we may not speak with a good accent, but we can deliver and we are much more agile. Although we are a small team of locals, we have been able to customise the solution to whatever our customers want during the proof of concept (POC) stage.

“We are also able to build enterprise-grade solutions and applications because in our previous business venture, we developed software solutions for large banks,” says Reza.

Although the POS industry in Malaysia is practically saturated, Slurp is one of the few providers that offer a cloud-based solution and has managed to carve out a niche in the F&B and fuel retail markets.

Reza remains optimistic about the future of the company despite the threat of a second MCO period. He explains that less than 10% of retailers are using a cloud-based POS solution, hence there is plenty of room for the company to grow.

He also points out that there are many growth opportunities within the industry. For example, during the MCO, Slurp gave retailers who wanted to obtain loans the option of giving financial institutions access to their POS data to verify their credit-worthiness. “Many small businesses do not have proper bookkeeping practices. If you do not have the data, there is no easy way to obtain loan financing. However, if you have a cloud-based POS system, this allows the banks to verify the data.”

Things were not rosy in the early years. Reza saw annual six-figure losses when they accepted venture capitalist (VC) funding in 2017 and 2018. He attributes the shift to profitability to several critical business decisions that made the company leaner and more financially efficient. “We were in a situation in late 2018, where we had only RM100,000 left in the bank, and our overhead costs were RM150,000 a month. We went to our investor, wanting to raise another round of funds,” Reza explains.

“At that point, we were already producing POC for Petronas and we were confident that we would be able to close the contract. But the investor was not as confident and refused to extend the runway, saying that I was better off refinancing my house.”

Slurp had managed to obtain a loan offer from Malaysia Debt Ventures Bhd but the investor with a controlling stake did not allow the company to accept the offer. The reason was not explicitly communicated but Reza suspects it was because the investor was not confident about the company’s ability to repay the loan. Without the ability to raise funds, Reza was left with no other choice but to refinance his home.

“Luckily, I had some equity in the house, so we were able to sustain the company for five to six months. That’s when I decided to buy back equity from the investor and control of the company came back to its founders. From that point onwards, we were immediately cash flow positive,” he says.

They started conducting large-scale cost-cutting exercises. Two impactful decisions were to stop issuing large discounts and subsidies to customers, and to stop developing new features and products that were not generating profits.

The root of the problem, Reza points out, was that start-ups that generally receive large amounts of funding from VCs tend to subscribe to a “growth at all costs” mindset. Thus, in the pursuit of more market share, Slurp had been providing large discounts and subsidies to its customers.

It had also been competing against its peers mainly based on price, and it was a race to the bottom. Despite committing large amounts of money for expansion, revenue growth did not manage to keep up with costs, which resulted in huge losses for the company.

However, Reza says having a niche in the F&B retail segment helped reduce competition.

“We had made a food deal site for our merchants, Makanshare, where we subsidised every coupon sold on the website. It operated on a negative unit economics model (where products are sold for less than its variable cost) and it was purely just to acquire customers. When we hit the cash crunch in 2018, we had to shut it down,” says Reza.

“To make the company more sustainable, we started licensing out technology to partners based in Singapore. We also decided to become more flexible in our business model. When we tried entering new markets, we wanted the Slurp brand to be known. But, nowadays, we are open to partnering up with companies and offering them white label solutions instead.

“I like having control of the company, and I no longer like to give equity to investors who do not add value to the company. My other venture, which is a software house, was profitable from the first day until now. It does not give you a headache in the long run, you know that you will always have cash in the bank account,” he adds.