Bloomberg tries to shrug off debate with warning on Sanders 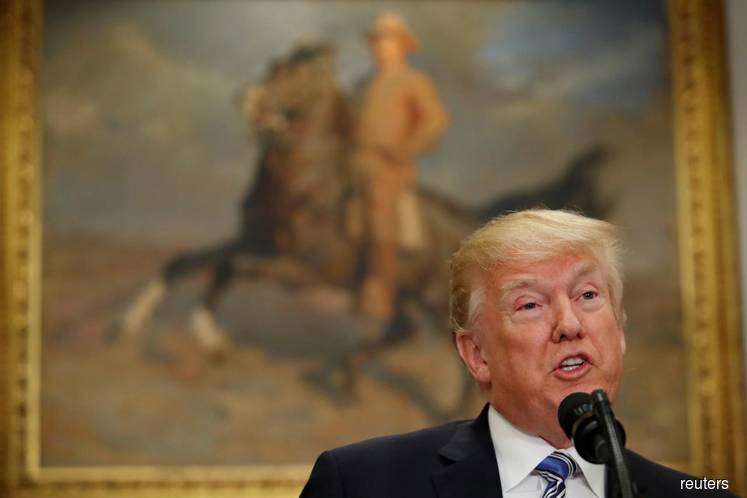 “So how was your night last night?” Bloomberg quipped Thursday at a campaign stop in Salt Lake City, Utah, tacitly acknowledging the drubbing he took from rival Democratic candidates and post-show media reviews.

“Look, the real winner of the debate last night was Donald Trump because I worry that we may very well be on the way to nominating somebody who cannot win in November,” he said, referring to Sanders.

The former New York mayor was besieged in the Democratic debate in Las Vegas Wednesday night in a charge led by Elizabeth Warren. He was attacked over his support for stop-and-frisk policing, for not releasing his tax returns, and for non-disclosure agreements women have signed with his company over allegations of crude remarks and a hostile work environment. At times he struggled to answer the attacks effectively.

The debate was the most-watched Democratic face-off to date, with an audience of nearly 20 million television views and 13.5 million live streams, according to host NBC News.

Bloomberg said if Democrats choose a candidate such as Sanders “who appeals to a small base,” they will lose. Only a broad coalition like the one that helped the party take control of the U.S. House in 2018 will beat Trump, he said. Sanders has been saying he’ll win by energizing voters and sparking overwhelming turnout.

“That won’t happen with pie-in-the-sky promises and proposals that will bankrupt the country,” Bloomberg said, an indirect reference to Sanders’ policy plans such as Medicare for All and free college. “Voters don’t want empty talk, they want leadership.”

Bloomberg didn’t speak to reporters after the speech.

Bloomberg’s spokesman Marc La Vorgna declined to discuss whether the campaign was planning on changing strategy after the debate.

“We’ve evolved a lot as the race has moved on, and we’ll keep looking for new and different ways to reach people,” La Vorgna said.

Bloomberg has to find a way to “up his game” because while candidates typically can’t win elections with a debate performance, they can lose them with one, said Brett O’Donnell, who helped prepare Mitt Romney, John McCain and George W. Bush for presidential debates.

O’Donnell said he watched Bloomberg’s mayoral debates in New York and thought he was much sharper than on Wednesday night. He said Bloomberg must find a way to go on offense, and follow other presidential candidates who had poor debates but recovered by acknowledging it and improving, he said.

“The way to do it is to own it, find some joke or some way to say, ‘Boy, if I was that Mike Bloomberg, I wouldn’t vote for him either but I’m here tonight,”’ O’Donnell said. “Own the performance and try to move forward.”

Aaron Kall, director of debate at the University of Michigan and editor and co-author of “Debating the Donald” about Trump’s 2016 debates, said it was surprising how poorly Bloomberg performed given the questions were entirely predictable. The pressure is on Bloomberg to improve, he said.

“Certainly, he can’t have another performance like that,” Kall said. “This leaves him no margin for error, and time is of the essence.”

Bloomberg tried to make his debate performance appear better than it was, posting an edited clip that added 21 seconds of silence to make it appear that his rivals didn’t have an answer when he said, “I’m the only one here I think that’s ever started a business. Is that true?”

The former New York mayor has been rising in the polls since joining the race late on Nov. 24, despite skipping the first four nominating contests in February. That made him the target on the debate stage on Wednesday as the centrist candidates tried to weaken him before he appears on ballots on March 3, when 14 states and territories participate in Super Tuesday voting.

Bloomberg’s debate appearance was voters’ first chance to see him in an unscripted setting instead of in the more than $439 million in ads since joining the race.

Biden said on MSNBC after the debate that as he was walking off the stage with Bloomberg, he told the former mayor, “Welcome to the party, man. Now you’re going to be scrutinized.”

The Bloomberg campaign has tried to make the case this week that the Democratic race is now down to Sanders and Bloomberg, and it encouraged other candidates lacking the resources to amass delegates to withdraw to prevent Sanders from running away with the nomination.

In a Feb. 17 “state of the race” memo, Bloomberg officials said that Sanders is poised to leave Super Tuesday with a lead of more than 400 delegates. which they called “a likely insurmountable advantage.”

The next debate is Tuesday in South Carolina, with the primary to follow on Feb. 29.

Malcolm Reid of Salt Lake City, 68, who’s retired from information technology work and calls himself a moderate Democrat, said he had already voted early for Bloomberg in Utah. But he said the candidate looked unprepared for the debate and “left everyone scratching their heads” with his answers on the non-disclosure agreements.

“He needs to get in the ring just like the other candidates,” he said.