Blinken in Philippines to boost alliance amid China tensions 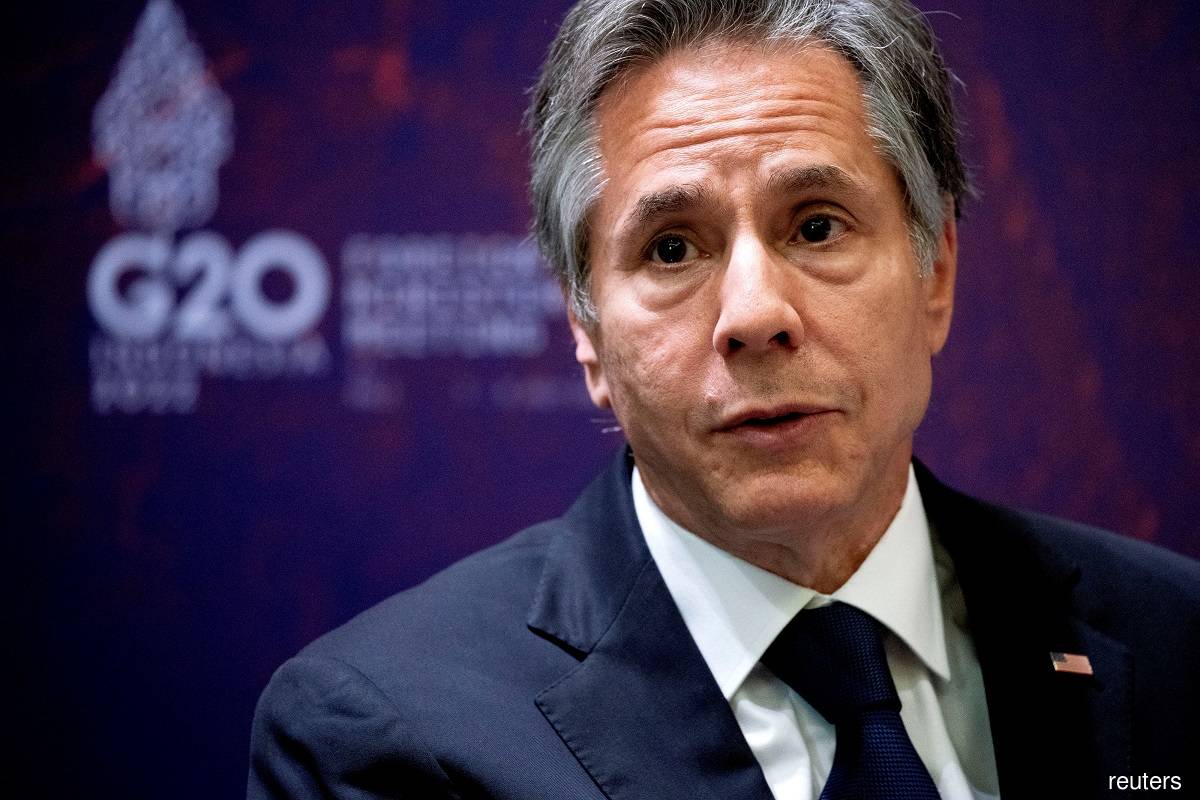 (Aug 6): US Secretary of State Antony Blinken seeks to bolster America’s alliance with the Philippines under President Ferdinand Marcos Jr during a two-day visit to Manila as tensions between the US and China spike.

Blinken, the first Cabinet-level US official to visit the new Philippine leader, in a meeting with Marcos on Saturday (Aug 6) reiterated the US’s commitment to the 1951 Mutual Defense Treaty, which pledged support in case of foreign attack. He will also pitch for stronger ties with the Southeast Asian nation on pandemic recovery, energy, trade and investments during his visit, the US State Department said in a statement.

“Our relationship is quite extraordinary because it is really founded in friendship,” Blinken told Marcos at the presidential palace. “The alliance is strong, and I believe will be stronger. We’re committed to the mutual defence treaty. We’re committed to working with you on shared challenges.”

China is also seeking to warm ties with the Philippines, which is a former American colony and long-time treaty ally that’s seen its ties with the US turn shaky in recent years. Relations between Washington and Manila soured under former president Rodrigo Duterte, who rejected American criticism of his human rights record and vowed an “independent foreign policy”, including closer ties with Beijing.

Blinken’s Manila trip follows House Speaker Nancy Pelosi’s visit this week to nearby Taiwan, which ramped up tensions between the US and China.

Marcos said Pelosi’s visit highlighted how tense things are in the region. Her visit, “to be perfectly candid, I did not think it raised the intensity, it just demonstrated how the intensity of the conflict has been at that level for a good while now”, Marcos told Blinken.

While Marcos wants to boost trade ties with the US instead of a “dependence” on aid, and signalled an openness to join an economic initiative pushed by US President Joe Biden to counter Chinese influence, Beijing has made early efforts to shore up its gains in the Philippines.

Chinese Foreign Minister Wang Yi met with Marcos last month and the two sides pledged to maintain a strong relationship. The Philippines has locked horns with China over the past few years over Beijing’s increasing presence in the resource-rich South China Sea. Marcos has said that he will not cede “even a square inch of territory” to any foreign power.

The US will want to keep the Philippines as a close ally in the region through Blinken’s visit, especially because of Manila’s proximity to Taiwan, said Herman Kraft, who teaches political science at the University of the Philippines.

“There’s a lot of attention being given to the Philippines so early in the Marcos administration to deny China any inroads,” Kraft said. “The US wants to make sure that it maintains the Philippines as an ally, and that it doesn’t go towards the other extreme of being an ally to China.”

Marcos is facing a US$354 million (RM1.58 billion) fine for contempt of court in the US after he failed to comply with rulings on disbursing his family’s assets. Despite this, US Deputy Secretary of State Wendy Sherman said during a visit in June that Marcos would be welcome in the US given his diplomatic immunity.