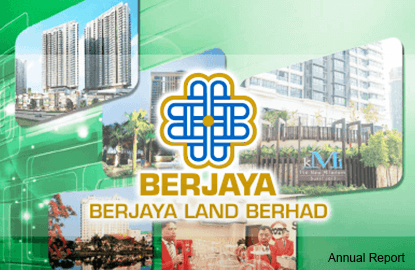 KUALA LUMPUR (Nov 6): Berjaya Land Bhd (BLand) is suing a unit of the Korean government for losses and damages incurred due to an alleged breach of agreement in a land sale agreement in relation to BLand's Jeju Airest City development in Jeju Island, South Korea.

However, In BLand's announcement to Bursa Malaysia this evening about the initiation of the legal proceedings, the quantum of losses and damages it is seeking was not specified.

BLand said its 72.6%-owned subsidiary Berjaya Jeju Resort Ltd (BJR) had on Nov 6 instituted legal proceedings in Korea against Jeju Free International City Development Center (JDC) for the alleged breach by JDC of certain conditions in the land sale and purchase agreement (SPA) dated March 30, 2009, that was entered into between BJR and JDC.

BJR is the master developer of the project while JDC, a company under the supervision of the Ministry of Land, Infrastructure and Transportation of the Republic of Korea, holds a 19% stake in BJR, said BLand.

BLand said pursuant to the SPA, JDC is obligated to transfer the lands acquired thereunder to BJR, "free from all liens, security interests and encumbrances".

"However, on March 20, the Supreme Court of the Republic of Korea (Korean Supreme Court) ruled that the expropriation by JDC of certain parcels of lands, which were subsequently sold to BJR pursuant to the SPA, was invalid.

"Hence JDC had breached the terms of the land SPA, as it failed to transfer good and unencumbered title to the said lands to BJR," said BLand.

"Under the circumstances, the ongoing development works on the Jeju project has been suspended pending the resolution of this matter by JDC with the affected landowners," said BLand.

BLand said BJR decided to institute legal proceedings against JDC for the breach of contract after seeking legal advice.

"The JDC lawsuit is not expected to have any material adverse effect on the BLand Group for the current financial year ending April 30, 2016.

"Appropriate announcement(s) will be made in due course on any material development and the financial impact pertaining to the JDC lawsuit," it added.

BLand's shares closed one sen or 0.73% higher at 69 sen today, for a market capitalisation of RM3.44 billion.