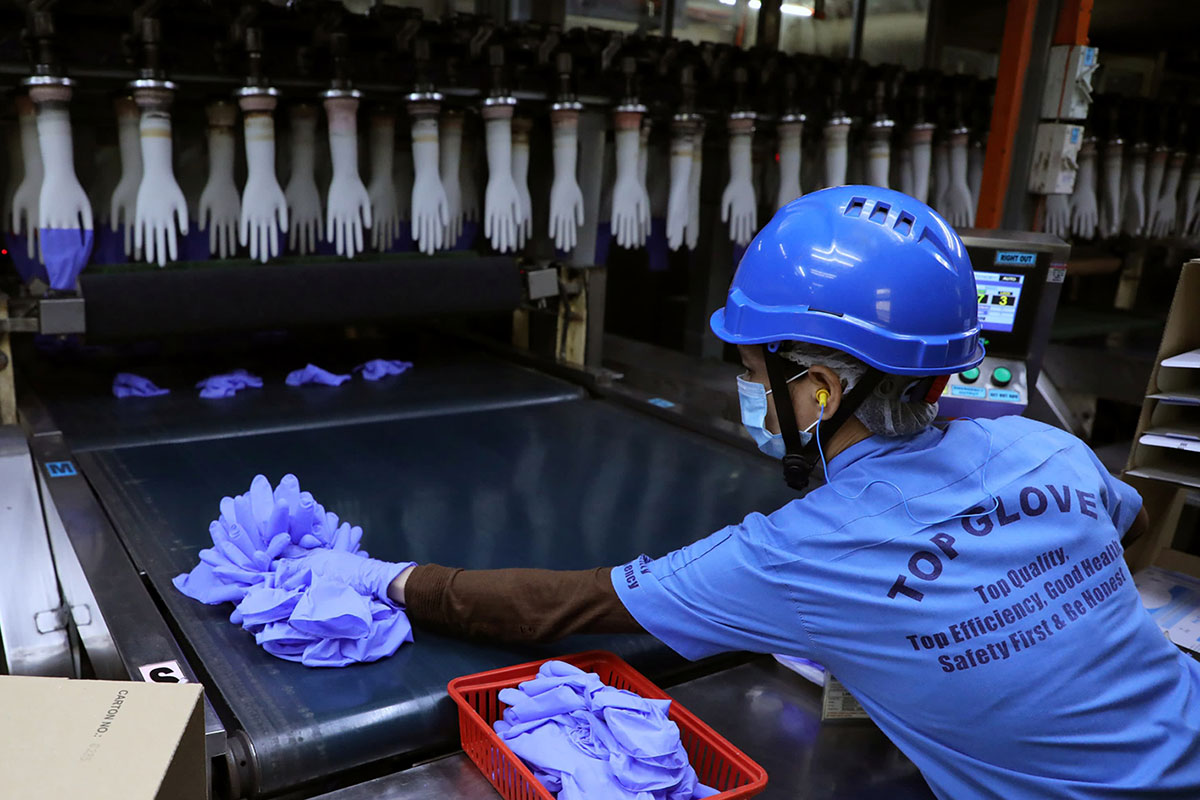 KUALA LUMPUR (Jan 6): BlackRock, the world's largest asset manager that currently holds a 1.61% equity stake in Top Glove Corp Bhd, voted against the re-election of six independent directors at the rubber glove maker's annual general meeting today, as it holds the view that the board had failed in its oversight responsibility relating to its migrant workers' health and safety.

BlackRock also “intends to hold other incumbent directors not on the ballot at this AGM accountable, by voting against their re-election at future shareholder meetings”, it said in its Vote Bulletin released this evening.

“Given Top Glove’s role as a leading Personal Protective Equipment (PPE) manufacturer, we view the board’s ineffectiveness in Covid-19 mitigation and inadequate oversight of worker health and safety issues as especially egregious, with potentially serious implications for its reputation as a supplier of such equipment to hospitals around the world,” said BlackRock.

“As the Covid-19 pandemic ravaged the region, the board failed in a key aspect of its oversight responsibility, given it did not identify and set policies to manage risks including the health and safety of workers living in its dormitories. This is particularly surprising, given the enhanced awareness and attention to the company’s worker safety issues since 2018,” it said.

The Vote Bulletin was prepared by BlackRock Investment Stewardship Group (BIS) to explain the rationale behind its decision to vote against the re-election of the independent directors. BIS noted that the decision was based on the assessment of sound corporate governance and business practices that are aligned with long-term sustainable financial performance.

However, despite its opposition, all six directors were re-elected at the AGM today, according to Top Glove’s filing to Bursa Malaysia.

Apart from record-breaking earnings and the meteoric rise of its share price, the world’s largest rubber manufacturer has been in the spotlight for the wrong reasons over the past two months, following a severe Covid-19 outbreak in its foreign worker dormitories. The surge of infections also exposed the poor living conditions they were subjected to.

Top Glove's share price then came under heavy selling pressure, partly due to concerns about its corporate governance and its non-compliance with the Workers’ Minimum Standards of Housing and Amenities Act 1990 (Act 446). Consequently, its share price sank from its peak of RM9.36 in late October to RM5.50 on Monday. It closed at RM5.76 today.

BIS highlighted in its bulletin that Top Glove has been the subject of “intense scrutiny over various labour-related and human rights issues in its supply chain since 2018”.

“Whilst we acknowledge the board and management’s willingness to engage with the BIS team, as well as the steps the company has taken in response to some of the controversies, the Covid-19 pandemic has exposed severe shortcomings in management and oversight of worker health and safety-related issues.

“Despite the board and management’s reassurance that Covid-19 preventive measures have been implemented since the start of the pandemic, a quarter of its workers have since been infected with the virus, with one associated death. The investigations conducted by Ministry of Human Resources (MoHR) and US CBP (Customs and Borders Protection), together with the whistleblower’s account and other media reports, have shown that Top Glove’s workers live in dense, unsuitable accommodations with a lack of proper ventilation and physical distancing — a stark contrast to what the board has conveyed to shareholders,” BIS wrote in the Vote Bulletin.

Nevertheless, BIS said it would continue to engage with Top Glove to assess measures taken towards the resolution of the US CBP and MoHR investigations.