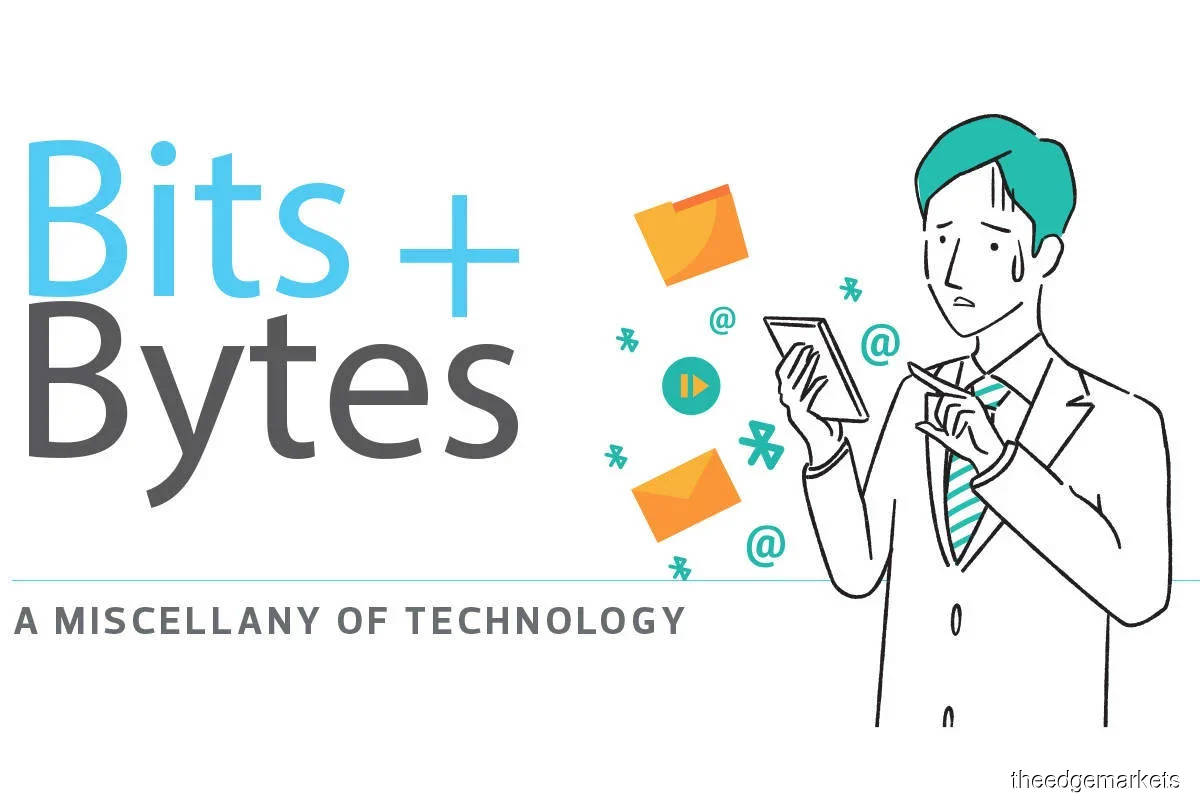 Darwinbox, one of Asia’s leading enterprise human resources (HR) technology platforms, announced the closing of its US$15 million (RM60.7 million) funding round led by Salesforce Ventures with participation from existing investors, Sequoia and Lightspeed.

Salesforce Ventures is the global investment arm of Salesforce, a global leader in Customer Relationship Management (CRM) software, which invests in the next generation of enterprise technology to build the world’s largest ecosystem of enterprise cloud companies.

Darwinbox is a cloud-based software as a service (SaaS) HR technology platform that caters to an organisation’s HR needs across the entire employee life cycle including recruitment, core transactions, payroll and people analytics.

The platform combines highly configurable workflows with intelligent insights and smart interfaces to help enterprises unleash the true potential of their workforce.

Recognised as one of the most preferred human capital management (HCM) platforms in Asia-Pacific by Gartner, the world’s leading research and advisory company, Darwinbox is used by more than 500 global enterprises across 60 countries.

These include the likes of JG Summit Group, Zalora, Fave, Tokopedia, SPI Global, Nivea, Tokio and Puma. With the new funding, Darwinbox aims to accelerate digital HR adoption, deepen product offering and further its mission to become a market leader in the HCM space.

The company witnessed a massive surge in adoption during the pandemic. Its integrated product suite also came equipped with solutions that turned out to be critical for the new mode of work, such as touchless attendance, digital rewards, employee engagement, digital hiring and onboarding.

Malaysia’s first Buy Now Pay Later (BNPL) fintech platform Pay With Split (Split), which allows shoppers to pay for purchases in three instalments, has launched its services in Malaysia and has already helped partner merchants rack up sales during this difficult time.

The company says in a  press release that the longer payment period has proved attractive, with its partner merchants such as Dyson, Switch, Lorna Jane and Gamers Hideout, as well as more than 250 other Malaysian brands, experiencing increased customer traffic and higher sales conversions. In fact, it says, Split has been successful in generating RM10 million in revenue for Malaysian businesses nationwide in a matter of months.

Being channel-agnostic, Split can be used on e-commerce platforms and offline stores as well as social media platforms, chat applications and even live streams.

Every time an order is made via its platform, Split pays the merchants in full while assuming the risk of non-payments and even fraud. It also acts as a powerful and robust lead generation tool for merchants, gathering potential customers and redirecting them for free to merchants. To date, Split has generated more than 20,000 monthly referrals on behalf of businesses directly from its website, it adds. It makes money by charging merchants a small success fee.

Instahome, a digital home rental platform that uses virtual tours rather than physical viewings to show off its units, closed a rental transaction in a record nine hours.

“In my years of working with property portals across 50 countries, this is the fastest rental transaction I’ve ever seen,” says Patrick Grove, investor and co-founder of Instahome.

Navina Kurup, the Instahome tenant who completed her entire transaction online, was able to secure a tenancy quicker than through traditional means. “After the virtual tour, she reserved the property and was screened by Instahome. She proceeded to sign the digital tenancy agreement and paid online. This was all done … in nine hours,” the statement says.

Founded in September 2020 by Grove and Eric Tan, Instahome looks to leverage the use of design and technology to help dramatically improve home rental experiences by incorporating 3D virtual tours, HD photos and videos of every listing.

This also includes renting online without the hassle of paperwork, getting rewards for paying rent on time and discovering and arranging maintenance services in an online marketplace.

Instahome now has more than 1,600 listings in the Klang Valley, with many choices in prime areas such as Kuala Lumpur, Petaling Jaya and Damansara, uploaded by its 350 partner agents on their platforms.

“We have allowed consumers to rent a home without any physical viewing. In fact, 30% of the homes rented out are done completely without physical viewings,” says Tan, who is Instahome’s CEO. Microsoft Malaysia’s head of communications, Dashika Gnaneswaran, has left the company to join the Malaysia Digital Economy Corporation (MDEC) from Jan 18. In the new role, her job scope will include brand, partnerships and digital investments.

She was vice-president for group marketing and communications at Kenanga Group, the largest independent investment bank in Malaysia, for four years.

Dashika served at Microsoft Malaysia from 2011 until 2013 as a public relations specialist and enterprise marketing manager, before returning as head of communications in 2017. NTT Ltd has announced the appointment of Abhijit Dubey as global CEO. He will succeed Jason Goodall from April 1.

Abhijit assumes the role after more than 20 years with global advisory firm McKinsey & Co. He will join NTT in early February and formally step into his new role on April 1. Abhijit will be based at NTT’s headquarters in London.

Following a three-month handover period, Goodall will retire from his executive role on June 30 and will remain as a board director of NTT Ltd and Dimension Data, as well as act as a strategic adviser for NTT Venture Capital.

The five start-ups are CozyHomes, Quadby, Ento, Juzdrive.com and Fitscovery. These start-ups were selected from over 120 applicants of Sunway iLabs’ Super Accelerator programme, which focuses on smart cities, edutech, digital health, food and agritech and e-commerce.

Sunway iLabs will be making an additional RM200,000 worth of investments in these five start-ups, which have received funding, mentorship and access to resources across Sunway’s 13 business divisions and Sunway City Kuala Lumpur over the last four months.

“If you’re reading this, we need your help building back better.”

(The embedded HTML code found on the White House’s website. According to reports, this is an invitation by new US President Joe Biden to coders to join the US Digital Services.) Now that MCO 2.0 is in force and people have reverted to video conferencing as their only means of communication (did they ever stop?), a nice accessory for those whose speakers and mics (on their faded old laptops) are cranky or less-than-functional would be something like this C980 Pro Webcam 1080P, which comes with two speakers and four built-in omnidirectional microphone arrays. It has effective built-in noise reduction technology and ultrawide focus, capturing teams and whiteboards with ease, and is auto-focus.

This webcam is plug and play, with no driver required. It is compatible with Windows XP, Vista and 7/8, Mac 10.4 or later and most video-calling applications such as Skype and Google Hangouts.

Available on Amazon.com for US$90.

Publishing private or identifying information (or documents, which was first shortened to docs and then, dox) about a particular individual (usually a public figure or a high-ranking employee of a major corporation) for various reasons, including inflicting harm, harassment, online shaming, coercion, business analysis, risk analysis, aiding law enforcement or vigilante justice

US Senator Bernie Sanders, the famed curmudgeon photographed at President Joe Biden’s inauguration wearing mittens and a scowl behind his face mask in an image that instantly became a meme, said on Jan 24 he was happy it may help raise millions for charity. Lifting spirits around the world since they went viral, the memes depict everything from Sanders’ mittens touching Michelangelo’s Hand of God in the Sistine Chapel, to the Vermont Democrat helping actress Demi Moore mould clay at the pottery wheel in the film Ghost, to Sanders joining the World War II Yalta Conference in 1945, seated next to British prime minister Winston Churchill, US president Franklin Roosevelt and Soviet leader Joseph Stalin.

Asked by CNN recently if he was enjoying the meme as much as the rest of the world, the 79-year-old gave an uncharacteristic grin and said he was overjoyed that his handwoven mittens, blue face mask and trademark glower could be turned into gold for needy Americans.

CAN’T EVEN: How Millennials Became the Burnout Generation by Anne Helen Petersen “The internet isn’t the root cause of our burnout. But its promise to ‘make our lives easier’ is a profoundly broken one, responsible for the illusion that ‘doing it all’ isn’t just possible, but mandatory. When we fail to do so, we don’t blame the broken tools. We blame ourselves. Deep down, we know the primary exacerbator of burnout isn’t really email or Instagram, or a constant stream of news alerts. It’s the continuous failure to reach the impossible expectations we’ve set for ourselves.”

Petersen examines how millennials have arrived at this point of burnout (think: unchecked capitalism and changing labour laws) and examines the phenomenon through a variety of lenses — including how burnout affects the way we work, parent and socialise — describing its resonance in alarming familiarity. Utilising a combination of sociohistorical framework, original interviews and detailed analysis, Can’t Even offers a galvanising, intimate and ultimately redemptive look at the lives of this much-maligned generation, and will be required reading for both millennials and the parents and employers trying to understand them. (From Amazon)