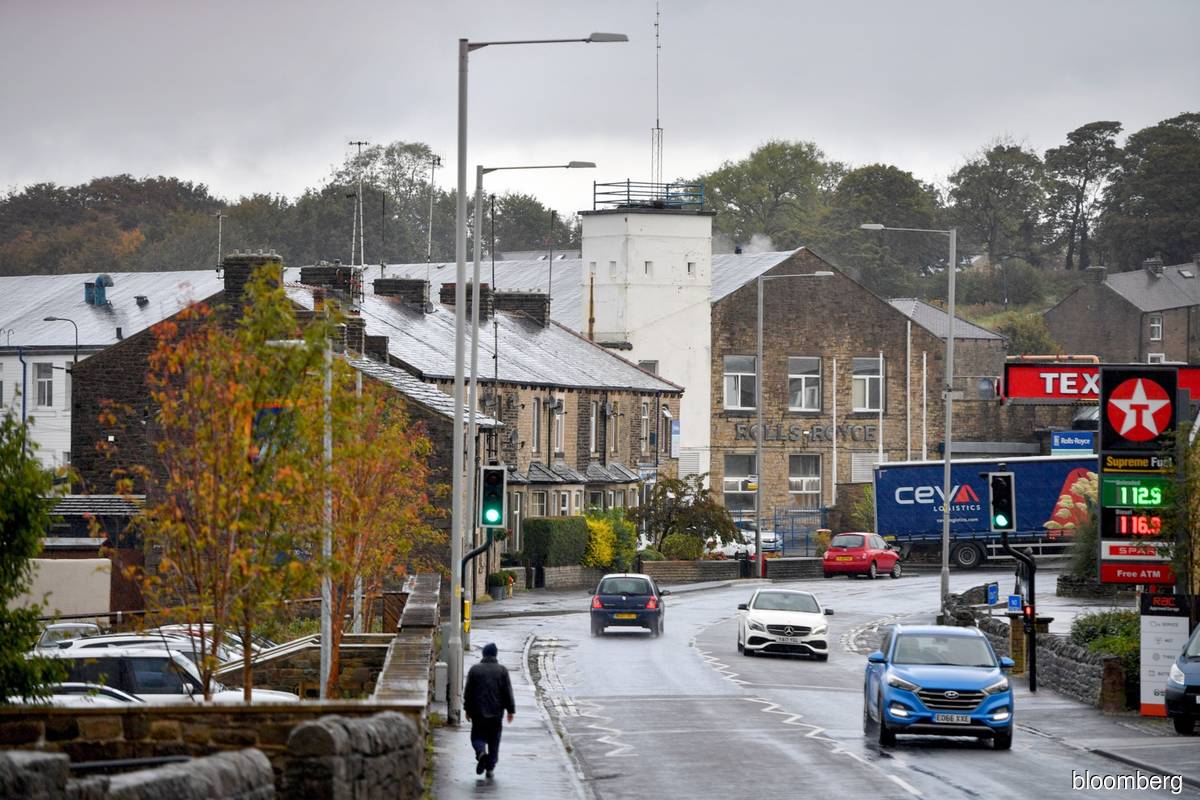 There is real anger and the word betrayal is often mentioned when people said of Rolls-Royce’s plans to relocate work to Asia.

LONDON (Oct 13): Under the glowering skies of the Pennine Hills in northern England, the usually unassuming town of Barnoldswick sits draped in a colorful display of red and white bunting. But this is no festival. The banners on street corners and in store windows are emblazoned with an image of a jet engine and entreaties to join the “Battle for Barnoldswick.”

The scores of posters reflect concern about the future of the biggest local employer. A Rolls-Royce Holdings Plc engine plant’s survival is in doubt as the aerospace company slashes output and moves jobs to Singapore in response to a travel slump triggered by the coronavirus outbreak. Unions are balloting for strike action with the deadline on Friday.

In normal times, the show of defiance would be just a tale of small town versus corporate giant. But Barnoldswick has become a microcosm of the crisis confronting Britain as the country grapples with the pandemic and an economic meltdown made more perilous by uncertainty over whether there will be a trade deal with the European Union.

The town of 11,000 people is in the county of Lancashire, where all 14 districts voted for Brexit amid promises that leaving the EU would protect local business. A little over four years later, the region is confronted by the prospect of soaring unemployment while labouring under some of the UK’s toughest Covid curbs as England’s north records the sharpest rise in infections.

“There is real anger and the word betrayal is often mentioned,” Andrew Stephenson, the local member of Parliament and a minister of state in Prime Minister Boris Johnson’s government, said of Rolls-Royce’s plans to relocate work to Asia. “This action is incredibly short-sighted.”

Barnoldswick is bracing for a severe financial hit if the factory, which occupies two sites in the town, is lost. Along with a Rolls-Royce nuclear-services business in northwest England, it contributes 1.1 billion pounds (US$1.4 billion) a year to the region’s economy, based on a 2017 study commissioned by the company.

Employment that totaled almost 1,200 people three years ago, was already whittled to 520. Another 350 jobs are now under threat. Hundreds of engineers are planning to walk out to protest further cuts.

“We always had peaks and troughs, but they’ve never gone as low with jobs as they’re planning now,” said Frank Hayhurst, 56, who worked at the factory for three decades until he took voluntary redundancy last year. “If we drop to those numbers, it’ll be the end for Barnoldswick. There is no way back.”

Rolls-Royce traditionally makes its money from servicing its aircraft engines over years rather than their initial sale, income that’s dried up with the biggest-ever travel slowdown.

It’s also been saddled with the cost of meeting demand for new Airbus SE A350s, while fixing glitches on turbines for those that power Boeing Co’s 787s.

Shortly before the disease hit, Chief Executive Officer Warren East suggested the firm was turning a corner after a reorganisation that cost thousands of jobs, only for it to be plunged back into crisis. Its share price rose almost 60% over the past week on optimism over a refinancing plan.

Rolls-Royce said in August that Barnoldswick will cease making wide-chord fan blades for newer Trent engines by the fall of 2023, with the work to be confined to Singapore. The UK site will still supply older engine types, and retain a technical support center and product development work.

Ross Quinn, regional officer for aerospace at the Unite union, said that breaches a 2009 deal to balance output between the sites. Locating fan blade production solely in Asia also makes no sense when the engines are assembled at Rolls-Royce’s main plant 80 miles (130 kilometers) away in Derby, central England, he said.

Nobody could have predicted the effect of the pandemic, Sebastian Resch, head of civil aerospace operations at Rolls-Royce, said in a statement. Moving work to Singapore will make the supply chain more agile and economical, while Barnoldswick will continue to play an important role in the manufacturing network, he said.

Barnoldswick’s resistance to the job losses that are roiling Britain is backed by the kind of manufacturing legacy that’s been championed by Brexit supporters. While the town looks much like any other in the region that fired up the Industrial Revolution 200 years ago, it was also the birthplace of the jet engine.

British inventor Frank Whittle shifted his work on the ground-breaking propulsion system to Barnoldswick in 1943 at a site acquired by Rolls-Royce well away from the attention of German bombers.

The plant has remained a high-tech hub ever since. It went on to develop the RB211 engine that debuted in 1969 and remained in production for almost 30 years, powering planes including the Boeing 747 jumbo and Lockheed TriStar. The “B” in the engine’s name stood for Barnoldswick.

Engineers at the factory earn an average 45,000 pounds a year, way above the norm in a region where wages are 9% below the national median. Stephenson, the local MP, said such skilled aerospace jobs are the highest paid in his constituency. When Rolls-Royce opened its plant in Singapore, some workers from Barnoldswick flew out to help with training.

“Rolls-Royce has been a big part of Barnoldswick for so long,” said Gillian Farrelly, owner of Bonjour Cards & Gifts off Barnoldswick market square. Rolls-Royce is an important customer, while the partners of two of her staff work at the plant. “People have been there for 40-odd years. There are husbands and wives both working there. If it goes they’ll lose the mortgage and everything.”

The Choice of Rolls sandwich shop next to the factory’s main gate has already closed. Takings are also being affected at a Spar outlet across the road where workers on a shift that began when most of Barnoldswick was still asleep buy buns and pasties during their 11:30 a.m. lunch break. Those who will talk say they’re consumed with worry.

One man, a 25-year Rolls-Royce veteran who declined to be named with his job on the line, said staff understand that slumping sales of wide-body jets require tough measures. What they can’t accept, he said, are moves to consolidate production in Singapore. “Nobody wants to strike, but we’re desperate,” he said. “Morale is at rock bottom.”