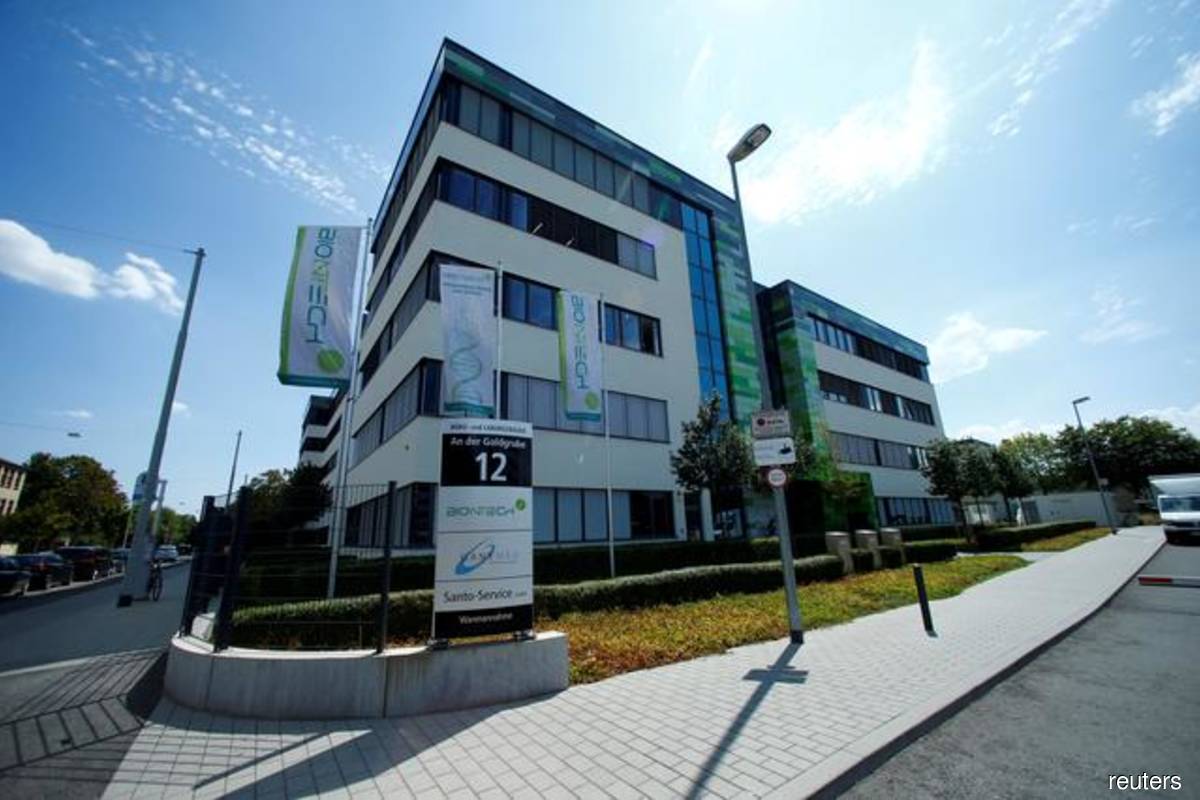 FRANKFURT (Sept 17): BioNTech is buying a production site for the Covid-19 vaccine it is developing with Pfizer, aiming to boost output by several hundred million doses next year, and hopes to have the shot ready to file for approval in October.

It is buying the facility, in the German city of Marburg, from Swiss drugs giant Novartis. The site is part of a complex started in 1904 by pioneering immunologist and Nobel laureate for medicine Emil von Behring, who used the prize money for the investment.

BioNTech Chief Executive Ugur Sahin said its experimental vaccine could be reviewed by regulators in late October or early November, among the first in the western world.

"A good vaccine should have an immunisation effect of at least 70% to 75% and that is also the yardstick that we have set ourselves in order to have a vaccine that can stop the pandemic in a significant way," Sahin said.

His remarks were in response to a request to comment on Anthony Fauci, the top US infectious diseases expert, who said in August that he would like a vaccine to be at least 75% effective.

Germany's BioNTech and US drugmaker Pfizer have previously said this would be possible as early as late October.

The transaction with Novartis, for which the price tag was not disclosed, is part of a push to prepare for a global roll-out of the pair's experimental vaccine, based on so-called messenger RNA (mRNA) technology.

The facility in Marburg will be converted to be fully on stream in the first half of 2021, with an annual production capacity up to 750 million doses of the inoculation.

Chief Financial Officer Sierk Poetting said the 2021 output volume target should be increased by several hundred million doses and a precise number would depend on the timing of the production launch and ramp-up speed.

The biotech firm said the facility, with its 300 staff that will join BioNTech, will be one of the largest mRNA manufacturing sites in Europe, alongside two of BioNTech's existing vaccine production sites.

Pfizer said it had at least four production sites in the United States and Europe.

BioNTech said the infrastructure and qualified staff would allow for a quick retooling to make its mRNA vaccine, but the new site would also support its main cancer drug development programme.