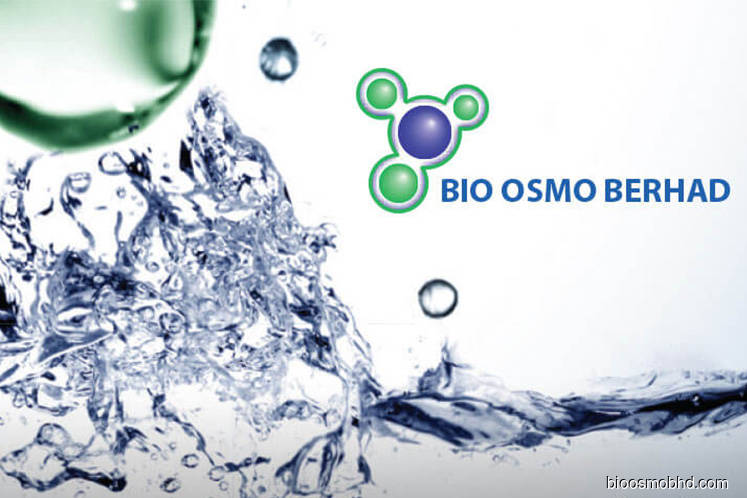 KUALA LUMPUR (March 25): Bio Osmo Bhd shareholders have been told to reject the takeover bid launched by its largest shareholder, Datuk Seri Farouk Abdullah, which has been deemed "not fair and not reasonable" by independent adviser DWA Advisory Sdn Bhd.

In an independent advice circular issued today, DWA Advisory said the offer price of 5 sen is considered not fair as it is lower than the estimated valuation based on the sum-of-parts valuation (SOPV) method of six sen to seven sen per share in Bio Osmo, representing a discount of 16.7% and 28.6%.

The offer is also not reasonable, it said, considering that the offeror intends to maintain the listing status of Bio Osmo and does not intend to invoke the provisions of Section 222(1) of the Capital Markets and Services Act 2007 (CMSA) to compulsorily acquire any outstanding offer shares for which valid acceptances have not been received prior to the closing date.

"Premised on the above evaluation, DWA Advisory is of the opinion that the offer is not fair and not reasonable," it added.

The non-interested directors in the deal concurred with the independent adviser's view and as such, similarly recommended that shareholders reject the offer. Azrin Mirzhan Kamaluddin, Datuk Yahya A. Jalil, Datuk Mohammad Kamal Yan Yahaya and Dyana Sofya Mohd Daud are deemed interested in the offer and have abstained from deliberating and making any recommendation on the offer.

To recap, Bio Osmo had on Feb 21 said the mandatory takeover offer by Farouk to acquire the rest of the shares in the group he does not own has turned unconditional, following the approval given by the group's shareholders during an extraordinary general meeting.

Bio Osmo, whose principal business is in the processing, manufacturing and selling of drinking water, is expected to rebrand into a hospitality business after Farouk injected hotels parked under his private vehicles into the group, effectively triggering a mandatory general offer (MGO).

The group had, in April 2018, signed six share sale agreements to acquire hotels under the Impiana brand in Kuala Lumpur, Ipoh, Cherating, commercial land in Pangkor, as well as the hotel management company of Impiana, for a total purchase consideration of RM425.9 million.

Upon receipt of the consideration shares, Farouk's shareholdings in Bio Osmo will rise to more than 33%, from 19.61% currently. With the completion of the proposals, Bio Osmo plans to change its name to Impiana Hotels (Malaysia) Bhd.