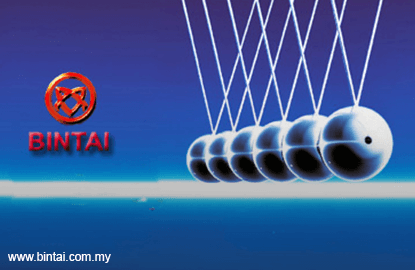 KUALA LUMPUR: Bintai Kinden Corp Bhd is attracted by the tourism potential in Melaka, and the company intends to tender for more turnkey projects there.

“We are doing a lot of marketing studies [in Melaka], and we do not want to limit ourselves. Generally, we are focusing to get more contracts in Malaysia, but particularly in Melaka,” the company’s executive director Datuk Sharifah Kadnariah Syed Ahmad told The Edge Financial Daily in an interview.

Currently, Sharifah said, 60% of Bintai Kinden’s total revenue is derived from overseas, while the remainder comes from domestic contracts.

“We hope to derive about 50% of our revenue from local jobs, but it also has to depend on the currency fluctuation,” she noted.

With a weaker ringgit against the US dollar, Bintai Kinden’s consolidated revenue would reflect a higher contribution from its overseas operations.

While Bintai Kinden has a strong footprint in Singapore, Sharifah acknowledged that its profit margin in M&E (mechanical and electrical engineering) jobs had been compressing in the island republic.

“[For] developed markets like Singapore, [the] margin is getting thinner, while [the] margin in developing countries like Malaysia is going up. We are also looking at Thailand and Cambodia,” she said.

Earlier this year, the group clinched another RM120 million turnkey contract for the construction of a student campus in Kolej Universiti Islam Melaka.

“We want to diversify. M&E will still be our core, but we also hope to get more turnkey projects to ensure Bintai Kinden remains commercially sustainable in the longer term,” Sharifah said.

Bintai Kinden has been in business for 43 years. It started as Bintai Kindenko (M) Sdn Bhd, founded by its current executive vice-chairman Ong Puay Koon in 1973.

While Bintai Kinden has been able to replenish its order book constantly, its financial performance does not seem to reflect the winning streak. The company had been loss-making for three financial years before it returned to the black in FY15.

Meanwhile, the company’s share price has been volatile since June. The stock swung into a wide range of between 20 sen and 42 sen in the second half of last year. This year, it retreated from a recent high of 37 sen in January to close at 27 sen last Friday.