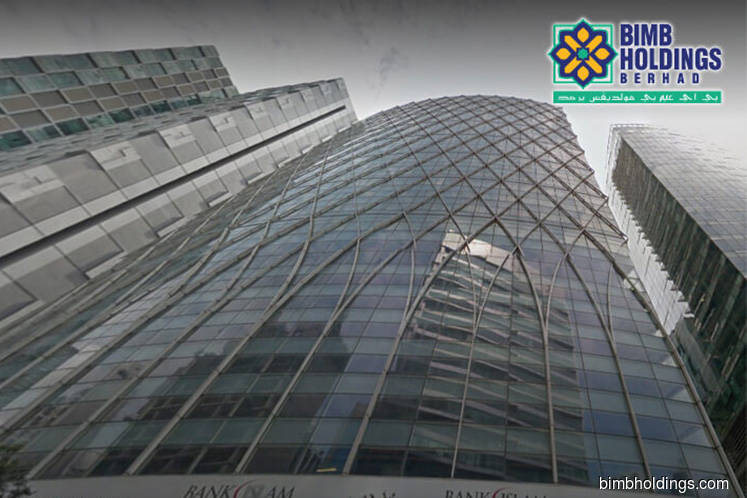 In a bourse filing today, BIMB said the restructuring will involve a proposed placement of new BIMB shares to raise RM800 million.

It said the proceeds together with internal cash will be used to fully settle BIMB's outstanding sukuk, held by Lembaga Tabung Haji.

Other aspects of the restructuring include a Scheme of Arrangement (SOA) by BIMB to settle its outstanding warrants, whereby BIMB warrant holders would be paid a cash consideration for the cancellation of exercise rights in respect of the warrants.

It also includes an internal reorganisation, whereby BIMB will dispose of its entire equity interests in its stockbroking and leasing subsidiaries to Bank Islam, to be settled in cash.

BIMB said the consideration for these disposals will be based on the latest audited net asset value of these subsidiaries.

BIMB said upon the completion of the placement, SOA and internal reorganisation, its entire shareholdings in Bank Islam and Syarikat Takaful Malaysia Keluarga Bhd (STMKB) will be distributed by way of distribution-in-specie to the shareholders of BIMB.

The group said prior to the proposed distribution and capital repayment, BIMB will undergo a capital reduction and Bank Islam will undertake a share consolidation.

It said this is to match BIMB's outstanding shares so that the distribution of Bank Islam shares will be on a one-for-one basis.

BIMB said its listing status will then be transferred to Bank Islam, which will emerge as the one and only pure-play full-fledged Islamic financial institution to be listed in the region and enhance its corporate stature.

BIMB said following the distribution and capital repayment, the new group structure will be able to achieve potential earnings accretion through the elimination of, or minimisation of resources and infrastructure duplication as well as reducing the complexity of group risk management.

"Both Bank Islam and STMKB will be able to focus on their respective strengths, allowing for a more efficient utilisation of their balance sheets and capital management to grow," it said.

The principal adviser for the exercise is Maybank IB.