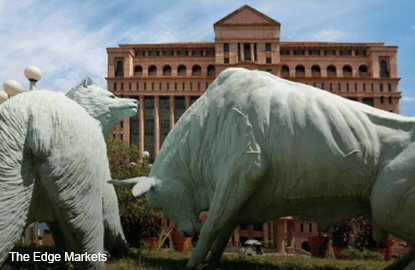 In a note today, the research house said the massive sell-off in Chinese stocks erased any hopes for a strong opening for the year.

“In fact, for January the Shanghai Index lost a massive 22.6% that reverberated across the region.

“The scenario was further clouded by the trashing of crude prices that touched a low of US$26.39 before recovering back to above the US$30 levels,” it said.

BIMB Securities said due to this, Malaysia also witnessed a recalibrated Budget 2016 where the most telling feature is the auctioning of spectrum to telco players thus adding to the players’ woes and government’s coffers.