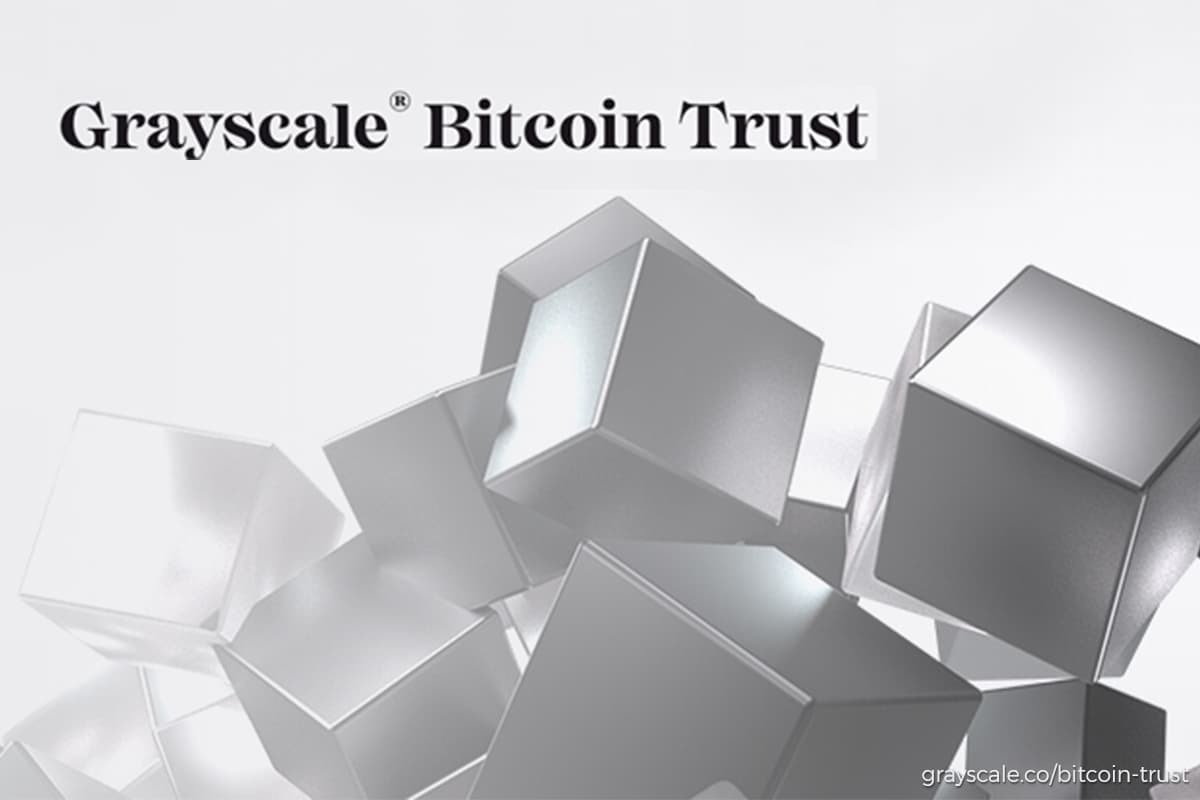 (Feb 26): The world’s biggest Bitcoin fund is selling off faster than the cryptocurrency itself.

The US$32 billion Grayscale Bitcoin Trust (ticker GBTC) has plunged 20% this week, outpacing a 13% decline in the world’s largest cryptocurrency. GBTC’s once-massive premium to its underlying holdings has evaporated as a result, with the price of GBTC closing 0.7% below its underlying holdings on Wednesday -- the first discount since March 2017, according to data compiled by Bloomberg.

The vanishing premium suggests that after billions poured into GBTC as investors sought exposure to Bitcoin’s dizzying rally, investors are looking for the exits as the climb stalls, according to Bloomberg Intelligence.

“This is panic or profit-taking selling,” said Eric Balchunas, BI’s senior ETF analyst. “It’s almost like the price of GBTC is an amplified version of Bitcoin price.”

Bitcoin surged to a record of over US$58,000 last weekend, but has stumbled since. The cryptocurrency fell another 1.4% on Thursday, on pace for its worst weekly pullback in a year.