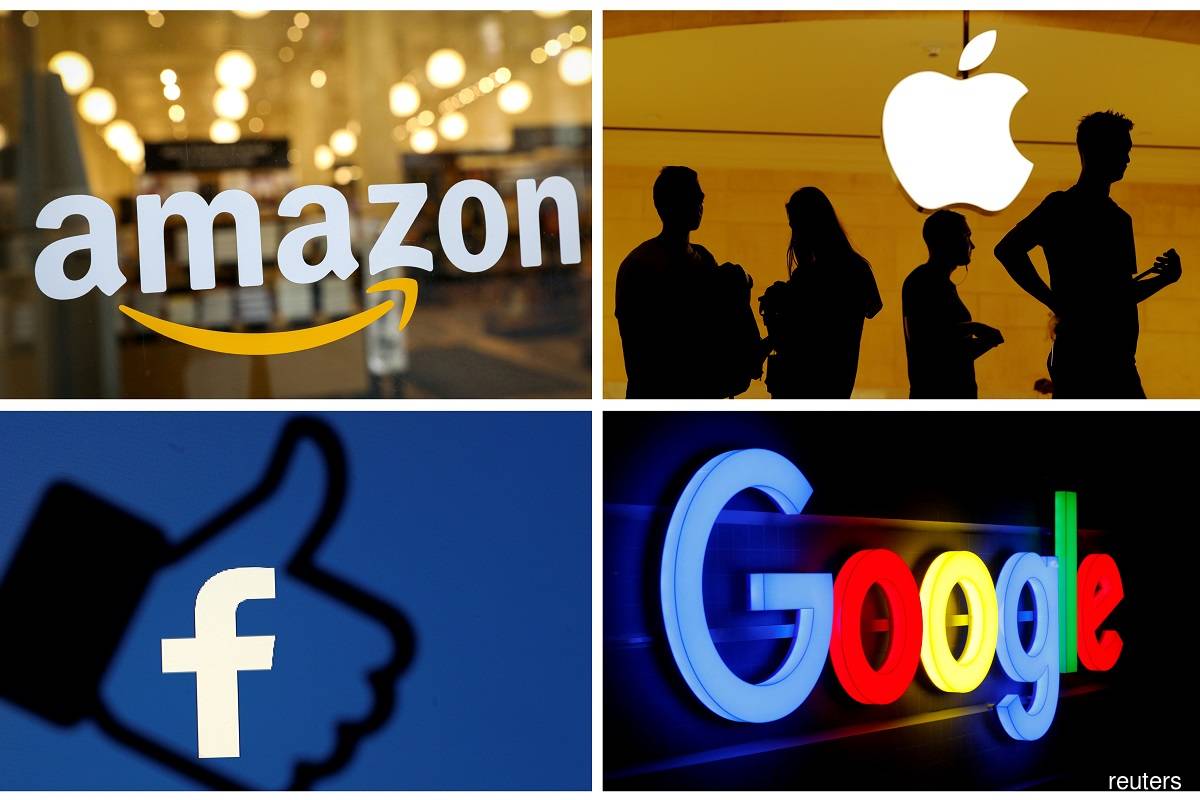 WASHINGTON (Aug 3): Monopoly power is a good gig if you can get it. The trouble is keeping lawmakers from knocking on your door.

Tech titans Apple Inc, Amazon.com Inc, Facebook Inc, and Google parent Alphabet Inc managed to do just that until last week, when a House subcommittee summoned the chief executive officers of the four companies. Lawmakers took a dim view of the tech giants' grip on their respective industries. "These companies as they exist today have monopoly power," said Representative David Cicilline of Rhode Island, who leads the House investigation into the companies. His prescription: "Some need to be broken up, all need to be heavily regulated." The sentiment appeared to be shared widely.

As a matter of public policy, the issue is relatively straightforward. Monopolies are trouble, which is why antitrust laws are designed to stop them. They have the power to raise prices and thereby stifle demand. They often turn into big, lazy, unwieldy bureaucracies that have little incentive to innovate or look after customers, workers, and suppliers. And perhaps most problematic, they can use their money and influence to seize political power, making it more difficult to dislodge them.

There is little disagreement that Apple, Amazon, Facebook, and Google pose such a threat. Apple controls nearly half of the US smartphone market and dominates the distribution of apps; Amazon all but controls e-commerce; Facebook rules social media; and Google has a firm grip on internet search and online advertising. It is difficult to overstate their power. The four companies make up just 0.8% of the S&P 500 Index by number, and yet they account for 6.1% of its total revenue, 8.9% of its earnings, and 16.8% of its market value.

For investors, the issue is a bit more complicated. Monopolies are impregnable money-minting machines, so everyone wants a piece of them. It is no accident that Apple, Amazon, Alphabet, and Facebook are four of the seven biggest companies in the world by market value. Nor is it surprising that their profits have trickled down to shareholders. An equal investment in the four tech giants since Facebook — the youngest of the bunch — went public in 2012 has produced a return of 31% a year, including dividends, more than double the return from the S&P 500 over the same period.

It turns out they are not alone. Stocks of highly profitable companies tend to beat the market. Shares of the most profitable 30% of US companies, sorted on return on equity and weighted by market value, outpaced the S&P 500 by 1.6 percentage points a year from July 1963 through June, according to the longest data series compiled by Dartmouth professor Ken French. And they did so with roughly the same amount of volatility as the broad market, as measured by standard deviation, a common proxy for risk.

Astonishingly, the odds of capturing this profitability premium favoured investors regardless of the holding period. Shares of the most profitable companies outpaced the market 65% of the time over rolling one-year periods, 76% of the time over three years, 83% over five years, and a whopping 93% over 10 years, counted monthly.

But markets are not supposed to work this way. You should not be able to reliably beat the market using widely available information without taking more risk. One explanation for the profitability premium is that investors are rubes: They do not pay attention to profitability when picking stocks, or worse, they errantly favour less-profitable companies, allowing more cunning investors to exploit their mistakes. That seems unlikely. Profitability has long been a key feature of security analysis. More recently, there has been a proliferation of indexes, and funds tracking them, that pick or weight stocks based in part on profitability. And as the market values of Apple, Amazon, Alphabet, and Facebook show, their shares are hugely popular.

A more plausible explanation is that the profitability premium is compensation for the risk that today's profits will evaporate tomorrow. Highly profitable companies rarely maintain the same level of profitability. More often, competition squeezes it away or, as in the case of Apple and its cohorts, the competition is crushed or acquired, resulting in greater market share and profitability but also inviting lawmakers and regulators to step in.

Microsoft Inc's antitrust entanglement with the government in the late 1990s was instructive. Bill Gates and Paul Allen founded the company in 1975, and by the early 1990s, most personal computers ran Microsoft's operating systems, first MS-DOS and then Microsoft Windows. In August 1997, the company became the second largest in the US by market value, behind only General Electric.

A year later, in May 1998, the US Department of Justice and 20 US states sued Microsoft, accusing it of attempting to illegally protect and extend its monopoly by undermining competitors. By the time the case was argued in early 2001, much of the evidence against Microsoft had spilled into public view. Although profits continued to grow, the legal and regulatory scrutiny around the company clouded its future, and shareholders paid the price. The stock returned a negative 4% from May 1998 to December 2000, even as the Nasdaq Composite Index and the S&P 500 returned 33% and 23%, respectively, over the same time. Several months later, a federal court found that Microsoft had violated federal antitrust laws.

As it turned out, of course, Microsoft has maintained its status as a tech powerhouse. Today, its market value is second only to Apple among US stocks, and shareholders who stuck with the company through its antitrust battles have been richly rewarded. Microsoft has returned 27% a year since it went public in 1986, compared with 11% and 10% a year for the Nasdaq and S&P 500, respectively. But that was far from a foregone conclusion when Microsoft was in the government's cross hairs. And if lawmakers, regulators or prosecutors muster the will to go after Apple, Amazon, Facebook or Alphabet, their shareholders should prepare for more paltry returns and perhaps worse.

For now, investors do not seem worried that the tech titans are in danger. All four of their stocks were higher after the hearing than before. And all four companies reported financial results that beat analysts' expectations a day after the hearing, no doubt emboldening their shareholders.

Still, Big Tech's faithful should bear in mind that monopolies are only as durable as a government that tolerates them. The profitability they enjoy, and the skyrocketing stock prices that accompany it, are no free lunch. They are payment for the risk that lawmakers are more serious about breaking up or regulating the tech titans than investors seem to believe.