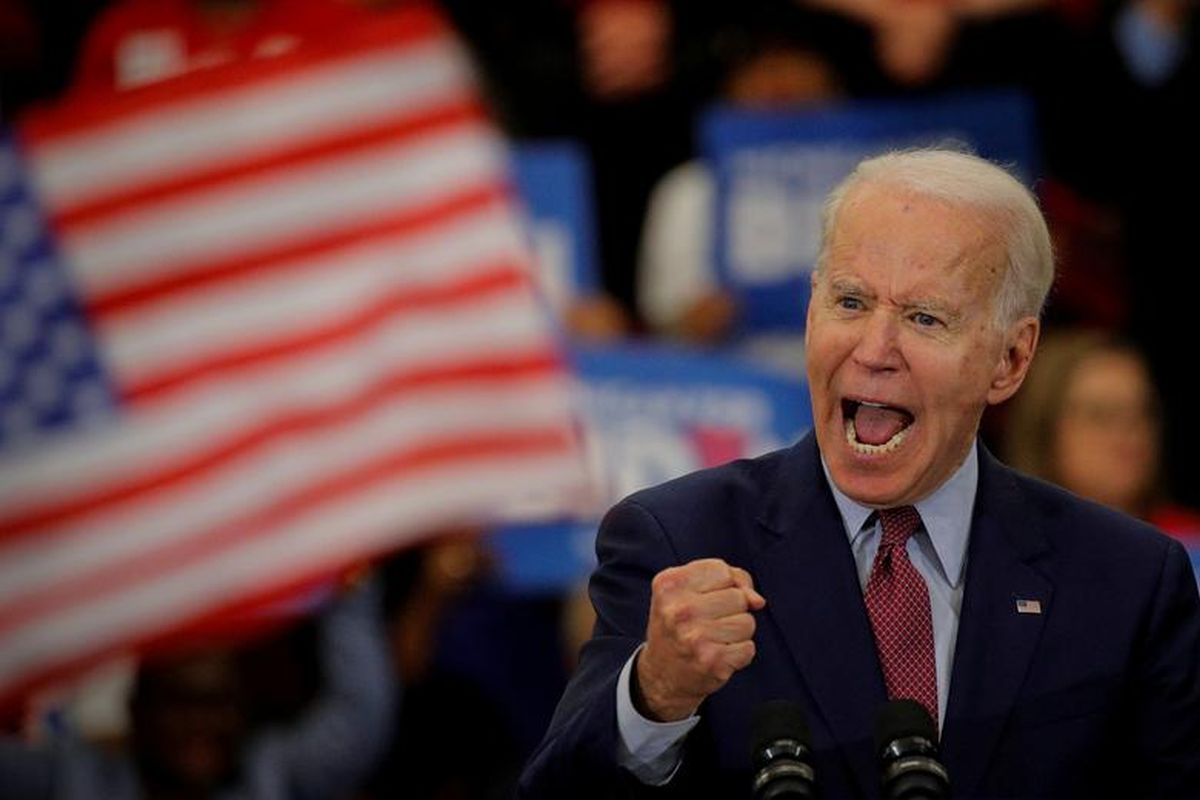 The swift opposition from Republicans, now the minority party in both chambers of Congress, sets a rough road ahead for Biden’s agenda on Capitol Hill.

(Jan 21): Joe Biden is seeking to wipe away Donald Trump’s fingerprints from US policy, but his predecessor left lasting partisan divisions in Washington that pose a risk to getting the new president’s agenda through Congress.

While Biden pleaded for unity in his inaugural address — “the most elusive of all things in a democracy,” he allowed — his top policy priorities including coronavirus relief were already running into headwinds.

More Republicans dismissed his proposed immigration overhaul as an “amnesty” for people who unlawfully entered the country.

The swift opposition from Republicans, now the minority party in both chambers of Congress, sets a rough road ahead for Biden’s agenda on Capitol Hill. Seven hours after he took the oath of office, White House officials steeled themselves for legislative battle, hinting at their own escalation, if necessary.

“His clear preference is to move forward with a bipartisan Bill, there’s no question about it,” Biden’s press secretary, Jen Psaki, said of his stimulus in her first briefing.

“But we’re also not going to take any tools off the table for how the House and Senate can get this urgent package done,” she added, referring to a procedure that could get the Bill through the Senate with a mere majority vote.

As swiftly as they had slipped into a fruitless debate over whether Biden actually had won election, the two parties snapped back into their traditional disputes: how much money the government should spend, whether undocumented people living in the country deserve a shot at citizenship, the limits of executive power.

Biden was sworn in Wednesday at the US Capitol in a heavily guarded ceremony carried out without incident.

After the pomp, including a military procession and brief parade, the president turned to his immediate priorities: curbing the pandemic and erasing Trump’s policies.

He issued a series of executive actions late Wednesday, as telegraphed by his team, including an order requiring masks on federal property and an extension of freezes on evictions and foreclosures.

He announced that the US would rejoin the Paris Agreement on climate and revoked a permit Trump had issued for the controversial Keystone XL pipeline.

His chief of staff, Ron Klain, issued a memo freezing new regulations, a standard step by all new administrations.

“I thought with the state of the nation today, it’s no time to wait — get to work immediately,” Biden told reporters in his first public event in the Oval Office. “These are just all starting points.”

Later, Biden warned about 1,000 political appointees he swore-in by video chat that he’d fire them “on the spot” if they disrespected their colleagues.

“Everybody is entitled to be treated with decency and dignity,” Biden told them. “That’s been missing in a big way the last four years.”

Before he arrived at the White House, there was frenzy of activity to transform the building for the new president.

Cleaning staff in gloves and masks spread out into every corner of the West Wing to scrub surfaces, polish glass and vacuum carpeting. New computer keyboards, still wrapped in plastic, were dropped on desks and plexiglass barriers were erected to shield employees from each others’ respiration — a stark contrast to the Trump administration’s general disregard for public health precautions in the pandemic.

Some Biden aides arrived in the West Wing around 10am, including the new national security adviser, Jake Sullivan.

Trump aides had prepared a fresh set of briefing books for him.

Trump’s outgoing deputy chiefs of staff, Tony Ornato and Chris Liddell, the transition director, were among a skeleton crew who remained in the final hours of Trump’s administration.

By 2pm, oversized photographs of Biden had been hung in the West Wing near the press secretary’s office, replacing Trump photos taken down the night before.

They included images of Biden and the first lady, Jill Biden, visiting a coronavirus memorial at the Reflecting Pool on Tuesday night, and of flags planted on the mall to represent Americans lost to the pandemic.

Many of Biden’s staff worked from home for the day as the transition unfolded.

Klain has promised 10 days of action following the inauguration. On Thursday, the president is expected to sign executive actions to “move aggressively to change the course of the Covid-19 crisis” and advance toward safely re-opening schools and businesses, the chief of staff said in a memo over the weekend.

But Biden’s response to the pandemic depends heavily on swift passage of his relief bill, which would provide billions more dollars for expanded testing and vaccine distribution. And the initial reception for the legislation among Republican moderates like Romney and Alaska’s Lisa Murkowski was chilly.

“I’m not looking for a new program in the immediate future,” Romney said, pointing out that Congress just passed a US$900 billion plan last month.

Congressional consideration of the Biden plan will be further slowed by Trump’s second impeachment over the Capitol riot, with a Senate trial expected within weeks. Psaki said Biden expects the Senate can “multi-task,” considering his proposals at the same time it tries Trump.