Biden orders release of US oil reserves in challenge to OPEC+ 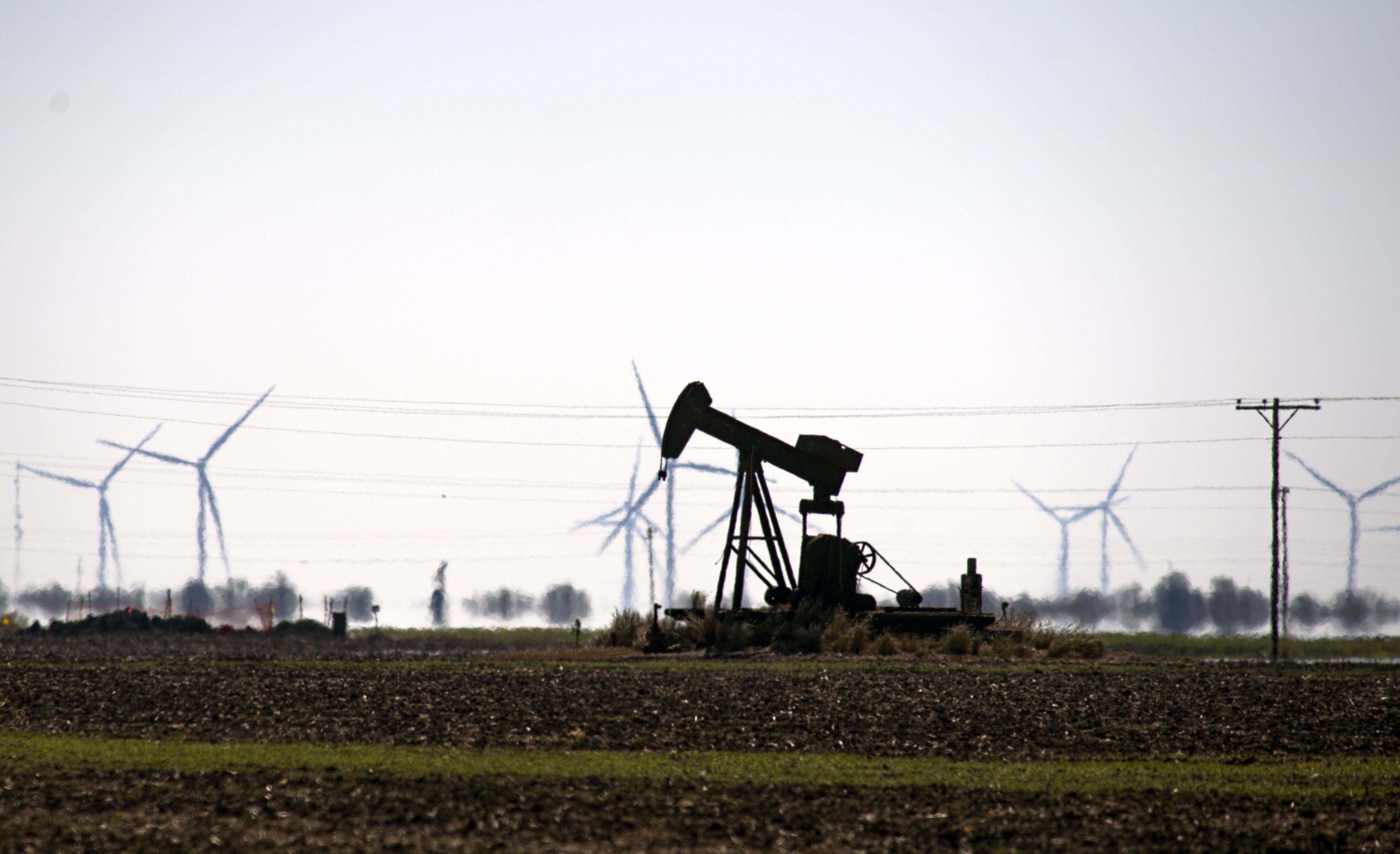 (Nov 23): The US will release 50 million barrels of crude from its strategic reserves in concert with China, Japan, India, South Korea and the UK — an unprecedented, coordinated attempt by the world’s largest oil consumers to tame prices that could prompt a backlash by OPEC+.

Of that amount, 32 million will be released from the US Strategic Petroleum Reserve as an exchange over next several months, while 18 million will come from an accelerated release from previously authorized sales, the White House said in a statement Tuesday. It represents one of the biggest releases ever from the reserve, surpassing US interventions amid Libyan unrest in 2011 and Operation Desert Storm in 1991.

A senior administration official told reporters Tuesday that barrels would begin moving as early as mid-to-late December. The administration is prepared to take further, unspecified steps, if needed, the White House said.

Oil futures in New York pared losses to trade at US$76.39 a barrel at 7.44 am in New York after earlier falling as much as 1.9% as investors factored in that the bulk of the crude release will need to be returned to the reserve.

The decision by President Joe Biden to collectively discharge stockpiled crude after OPEC+ countries rebuffed calls to significantly boost production marks a diplomatic win for the US and a challenge to the grip that Saudi Arabia, Russia and other OPEC+ producers have on the market.

But it’s not without risk. OPEC+ officials warned they’re likely to respond by canceling plans to boost their own production, negating the addition of stockpiled oil onto the market. The standoff sets up a fight for control of the global energy market.

The tussle threatens to roil the geopolitics of oil. At stake is the price of the world’s most important commodity as politicians and central bankers contend with the strongest inflationary surge in more than a decade. It also shows the strained relationship between Washington and Riyadh, traditionally a cornerstone of US relations in the Middle East.

“The market focus has shifted from the release to how OPEC+ will respond to what the White House is calling a ‘message to the Saudis’,” said Bob McNally, president of consultant Rapidan Energy Group and a former White House official under President George W. Bush. “If it comes to a test of wills and capabilities between a handful of strategic oil reserve holders led by the US and OPEC+, the market would probably bet on the latter prevailing.”

Under the plan, the US will conduct the exchanges over several months, with oil companies taking possession of the crude now and then returning supplies to the reserve later, when prices have eased.

Senior administration officials said the two-pronged oil release plan, the result of months of discussion and diplomacy, is tailored to the current market conditions, with oil prices that are high now expected to dip in coming months.

The administration has worked to identify the best tools for addressing the current dynamic, one of the officials said. It has so far rebuffed calls from members of Biden’s own party to clamp down on exports of US oil, amid warnings that could backfire by actually discouraging domestic production.

Biden, who is scheduled to deliver remarks on the economy and consumer prices later Tuesday, has been seeking the joint release for weeks, including during a virtual summit with Chinese President Xi Jinping. Ultimately, China was among the countries that agreed to the move. Previous global efforts to tap stockpiles — such as the 2011 release of 60 million barrels in the wake of unrest and supply disruptions in Libya — were coordinated by the International Energy Agency.

“Tapping the SPR will provide much-needed temporary relief at the pump and will signal to OPEC that they cannot recklessly manipulate supply to artificially inflate gas prices,” Senate Majority Leader Chuck Schumer said in a statement.

At 50 million barrels, Tuesday’s announced action represents one of the largest-ever release from US reserves, eclipsing past interventions that saw the US putting 30 million barrels onto the world market.

It also surpasses the rapid drawdown of 33.75 million barrels that was ordered in 1991, amid Operation Desert Storm.

Asian countries joined the US releasing oil, sending a political signal of support, but one with little oil market value as the quantities involved were small, disappointing traders.

“This is a hugely political move, and the Asian countries are adding only small, largely symbolic amounts,” said Amrita Sen, co-founder of consultant Energy Aspects Ltd. in London.

Biden has been under increasing pressure to stem rising energy prices that threaten to undermine the economic recovery from the pandemic. OPEC+ earlier snubbed his request for a large production increase and instead raised output by just 400,000 barrels per day for December.

The national average price for a gallon of regular unleaded gasoline has been hovering around a seven-year high and was US$3.403 as of Nov. 22, according to auto club AAA.

Rising motor fuel prices pose a political risk to any US president. But Biden has added reason to worry, as high energy costs and rising inflation could hamper both the economic rebound from the pandemic and his ability to enact major social-spending legislation.

Business groups and Republican lawmakers said they opposed the move. Christopher Guith, senior vice president of the Chamber of Commerce’s Global Energy Institute, argued the reserve should only be tapped for true supply disruptions and said the Biden administration instead should focus on encouraging domestic oil production.

“America’s real strategic petroleum reserve is in places like the Permian Basin and the Gulf of Mexico,” Guith said in an emailed statement. “Instead of ineffectual Band-Aids, the White House should focus on policies that will encourage domestic production of oil and natural gas.”

The US Strategic Petroleum Reserve, the world’s largest government stockpile, was established after the Arab oil embargo in the 1970s and has been tapped in response to Operation Desert Storm in 1991, Hurricane Katrina in 2005 and Libyan supply disruptions in 2011. It also has been used to bring down domestic gasoline prices, such as by President Bill Clinton weeks before the 2000 election, as well as to fund unrelated domestic legislation.

The reserve stood at 606.1 million barrels as of Nov. 12, enough to replace more than half a year’s worth of US crude net imports. Current inventory is about 85% of its maximum authorized storage capacity, after withdrawals.

The Energy Department is already obligated by law to sell 260 million barrels of oil from the reserve by fiscal year 2027. Additional releases now could slightly lower prices, analysts say, though the effects would be temporary and could be muted by market expectations of a sale the Biden administration has spent weeks telegraphing.

The maximum draw-down capability is 4.4 million barrels a day, according to the Energy Department’s website, and it generally takes 13 days for oil from the reserve to reach the open market after a presidential decision. But the mere announcement that the reserve is being tapped could have an immediate, if short-lived, effect on oil prices.

The idea of wielding US emergency oil stockpiles to blunt prices divides members of Biden’s own political party. House Majority Leader Steny Hoyer, a Democrat from Maryland, said Nov. 16 he was not in favor of the move and noted the SPR is meant to protect the US from Middle East supply crunches.

US refiners are currently exporting the most gasoline since 2018, before the pandemic started.

Under a 1975 law that established the reserve, a president can order a full draw down in the event of a “severe energy supply interruption” that threatens national security or the economy. A limited drawdown (up to 30 million barrels) can be ordered in the event of “a domestic or international energy supply shortage of significant scope or duration.”